Tokyo Polytechnic University Suginami Animation Museum is located at the heart of Japan's anime industry—Tokyo's Ogikubo district. The off-the-beaten-path destination is a must for anime fans already familiar with Tokyo's popular animation hotspots like Akihabara, Ikebukuro, and the Ghibli Museum.

Many museum displays are well captioned in English and Japanese. There is also a free multilingual audio guide provided to visitors, with audio support for English, Mandarin, Korean, and French.

The “Afureko” or “After-recording” section of the museum gives visitors a glimpse into the lives of famous “seiyuu” or voice actors. Step into a sound booth and practice recording lines from short clips from films like “Astro Boy”. There is also a sound effect option that allows visitors to practice adding the right sound effects to anime clips.

For aspiring animators and mangaka, try your hand at the Parapara DIY animation area. Create your own characters or choose from a selection of traceable stencils, and make your ideas come to life. After you’ve made at least 5 to 6 panels of sketches, use the machine to take snapshots that will turn your creation into a short animation (much like a digital flipbook).

The Digital Workshop Space also has several desktops equipped with games designed to teach children (or adults) the basics of animation. The games utilize cute anime characters to cover concepts such as 3D modeling, editing, and coloring. Although the game interface is in Japanese, there is a comprehensive English guide sheet provided.

The wall (or pillar) of fame stands in the middle of the 3rd floor. Don’t overlook this unassuming wall, as it was personally signed by 180 of Japan’s best creators. Take your time to look through the different signatures and sketches—you might find your favorite creators'.

Afterwards, make your way around the permanent exhibits on the same floor to learn more about how anime is made. The first Japanese anime dates back to 1917 and has since inspired the likes of staff of Disney Studios and other animation studios around the world.

Perhaps the few that are most well-known to international audiences are "Astro Boy" and "Evangelion", the latter whose popularity has enabled its movies to be released on several Netflix platforms worldwide. Fans of Evangelion will be delighted to see life-sized statues of popular characters Kaworu Nagisa, Ayanami Rei, and Asuka Langley.

There are also several “real-life” replicas of the desks of famous animation directors; giving you a glimpse into the daily works of these hardworking professionals. The replicas depict the times when animation was done by hand, which has now largely been replaced by more efficient digital methods.

The 4th floor houses temporary exhibitions of specific anime or famous artists/directors, each lasts for about 3-4 months. The current special exhibition features “Kiratto Pri Chan” and will last until April 5, 2020.

The Suginami Animation Museum is also a good place to just relax and watch anime. The museum’s library is a quiet and relaxing space that offers an extensive collection of DVDs and animation books for visitors to enjoy. For those not fluent in Japanese, there are also a sizeable number of English, French, Mandarin, and Korean subtitled DVDs available.

Feeling hungry after your museum visit? Continue your anime pilgrimage by eating at the Inazuma Cafe, where customers can dine while admiring walls full of famous mangaka artwork.

Strangely enough, the cafe staff mentioned that there was no specific strategy to get all these autographs. The first autographed drawing left in the cafe was by Shinji Hiramatsu, author of Black Angels (1981–1985).

Don’t forget to head up to the 2nd floor, where you can borrow some manga off the shelves to read while enjoying your beverage. Located on a quiet street near Ogikubo Station, the Inazuma Cafe is a great place for anime fans to spend a relaxing afternoon.

The museum is also a 16-min walk from Nishiogikubo station. 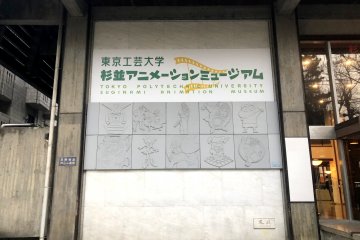 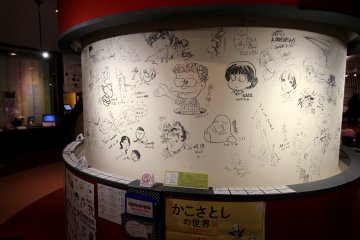 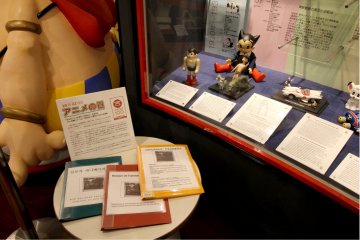 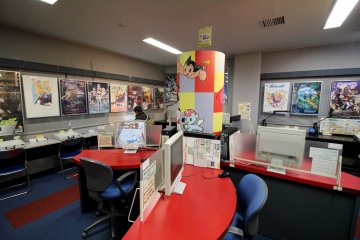 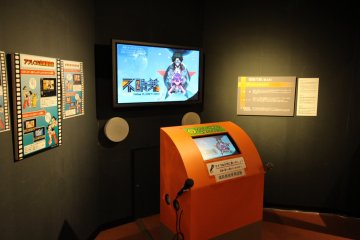 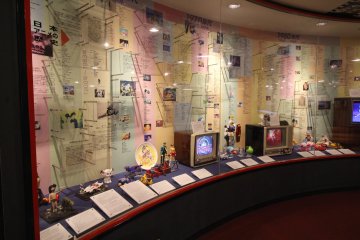 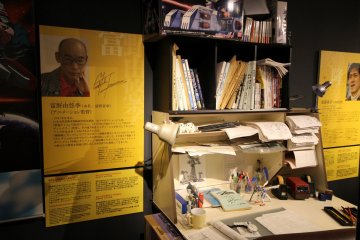 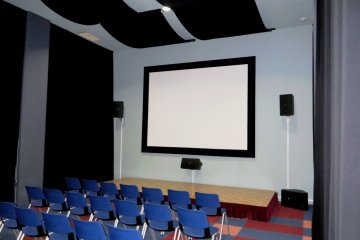 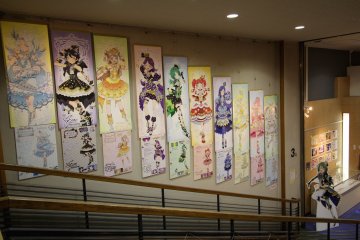 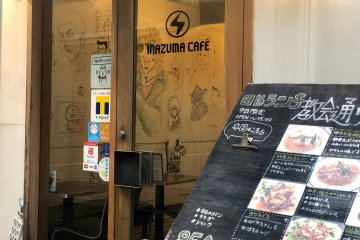 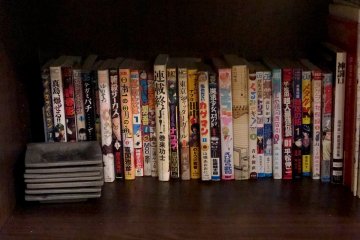 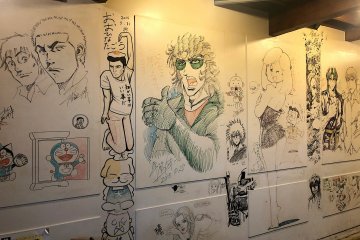 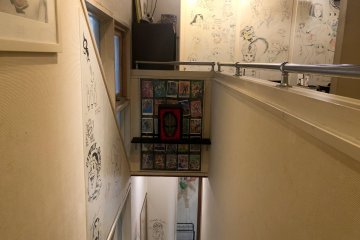 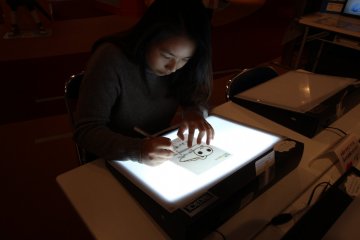