Officially opened as a public space in 1961, Zenpukuji Park has been a part of the area for centuries. The waters of its ponds were once major sources of Edo period water for what is now western Tokyo and while those days are long gone, Zenpukuji Park's twin ponds have evolved into a beautifully relaxing public space in Suginami City.

Divided into two distinct areas, Zenpukiji Park's upper pond is the larger of the two water spaces and features a small Benzaiten shrine, a boating deck with small rowboats available for rent as well as a number of playground areas for the kids. The park's lower pond is the smaller of the two but also features a playground area for the children as well as a Japanese gateball field.

The park and ponds are filled with some lovely flora. Cherry blossoms hanging over the upper pond waters in March and floating water lilies blooming from June to August are particularly pretty while the lower pond surface is covered with aquatic plants. The trees surrounding the park give it a decidedly rustic ambience and the bird life here is another feature for nature enthusiasts.

For history and mythology buffs, the small spring in the upper pond was reportedly discovered by Yoritomo Minamoto in the twelfth century. Founder of the Kamakura shogunate, Yoritomo was on his way to do some conquering and with the area was suffering a drought, was desperate for water. Digging with his bow, after seven attempts he eventually struck home and the water began to flow. Since the well took so long to for water to emerge, it was called Osonoi no Taki, or Slow Waterfall.

Zenpukuji Park is a lovely place to relax and enjoy some peace and quiet from the rest of Tokyo's non-stop energy. 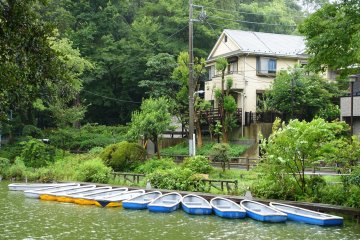 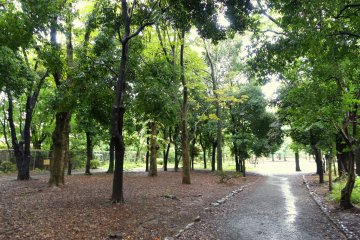 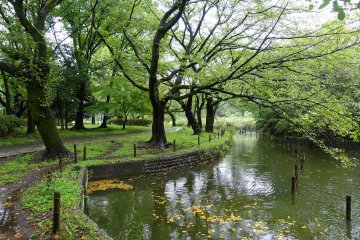