The Zelkova Trees of Seikei University

Located on the grounds of Seikei University, a private college in Kichijoji in Musashino City in Tokyo, you'll find rows of trees lining the path to the university's entrance. These zelkova trees, of which there are more than one hundred, are close to a century old. Beautiful as they are to the eyes, it is actually the impression these trees make on the ears that have earned them and the city national admiration.

These zelkova trees have been designated a natural property by Musashino City with the national government seeing it fit to include them as one of Tokyo's representatives in the nation's 100 Soundscapes of Japan listing.

It might not seem much but the rustle of the wind as it makes its way through branches and leaves of the nation's foliage has more than its fair share of admirers. And while thickets of bamboo, for example, are much appreciated for their acoustics, these zelkova trees offer a touch more of the ephemeral.

The trees can be heard throughout the year though it is recommended that visitors arrive in the morning for the best experience and that they continue on for about 500m along the tree-lined path until they are well away from the sounds of the main road outside.

Like the other ninety-nine soundscapes chosen to help encourage people become more aware of their local areas, the zelkova trees of Seikei University are an elegant reminder that beauty comes in all shapes... and sounds.

The university is a 15-minute walk from Kichijoji Station on the the JR Chuo Line, the Keio Inokashira Line or the Tozai Subway Lines.

You can take a KANTO Bus from Bus Stop 1 or 2 from Kichijoji Station's North Exit or from the South Exit of Seibu Yagisawa Station on the Seibu Shinjuku Line. From either station, get off at the Seikeigakuen-mae bus stop. 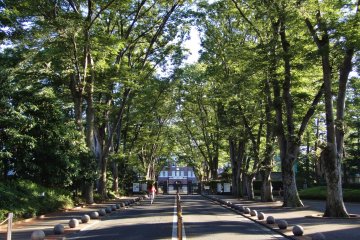 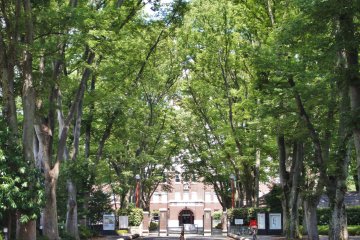 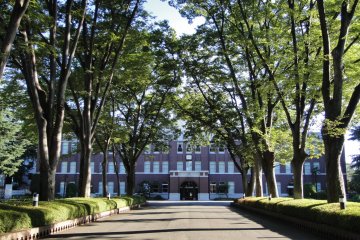