A bit off the beaten track it may be but the Suginami Historical Museum does feature some pretty interesting exhibits that make this free museum worth the visit if you happen to be in the area.

The museum is made up of a main building and an annex. The annex, a completely separate complex located just north of JR Ogikubo Station in Amanuma Park doesn't really offer much for the visitor and can be left alone. It's the main building near Zenpukuji River that makes a visit worthwhile.

Tracing the history of the area all the way back to prehistoric times, the museum's permanent exhibits include ancient pottery pieces, stone markers and scaled models of early village life. If you don't speak or read Japanese, then the English-language brochure available at the entrance may prove useful but otherwise, English information here is a little on the light side.

Language ability, however, won't matter at all when it comes to the real highlights of the museum. If inside is easily ho-hum, then outside is most certainly not. Two historical buildings, one an old Japanese-style home and the other, a nagayamon gate that has been designated as a Tangible Cultural Property of the city, make for a fascinating exploration.

In the home you'll find a traditional Japanese-style sunken hearth known as an irori, tatami-styled flooring, shori screen, a hanging scroll of Japanese brushwork and a nice little ambience with the outdoor garden. The nagayamon by the entrance to the museum features a classical hataoriki weaver's loom and is quite an impressive piece of old-time machinery.

The Suginami Historical Museum may not be one's first port of call but if you are in the area, a visit is not without its rewards.

The museum's main building is about a 15-minute walk from the North Exit of Eifukucho Station on the Keio Inokashira Line. 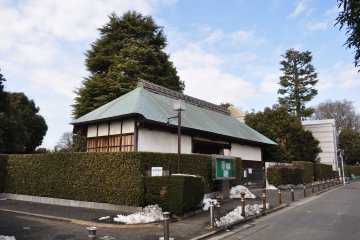 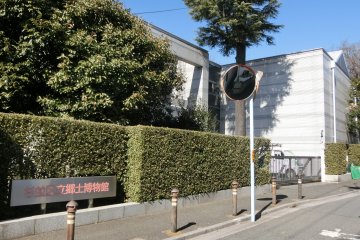 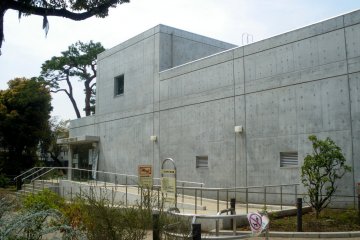