Another sushi gem in Tsukiji

There was a queue outside of Sushi Dai Bekkan in Tsukiji. You get that a lot in Tsukiji and it's easy to poke fun at it but really, there is nothing wrong and everything good about people being prepared to wait for the good stuff.

And there was indeed good stuff to be had at Sushi Dai Bekkan. In fact, my favourite sushi piece of all time (so far...) was to be had here...

And then the shock. Halibut (hirame), the red meat tuna (akami maguro), the Spanish mackerel (sawara - more on this one in a moment), the red clam (akagai), the golden eye snapper (kinmedai) and the rockfish (kasago). Oh wow.

Following close behind was the red clam. A hint of crunch, full of texture and taste, it melted beautifully. Quality clam is a delight and eating it, well, you would have seen a rather contented grin on yours truly.

I was able to choose the last piece and so went with a topping new to me, rockfish. Offered with salt or soy sauce, I went with the salt. Deceptively textured, the fish had a deeper than imagined flavour that was almost hypnotic.

I'm in a trance now, typing this up. Ethereally delectable, don't be shy, get in line.

Take the Hibiya Line to Tsukiji Station. It's about a 6-minute walk towards the Sumida River from Exit 1. 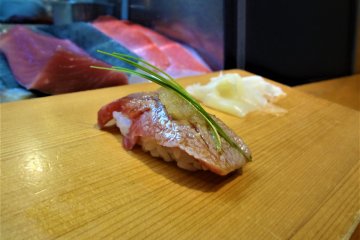 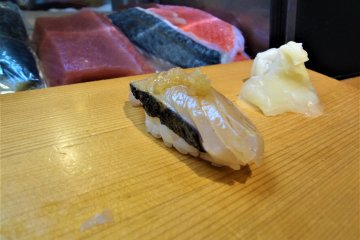 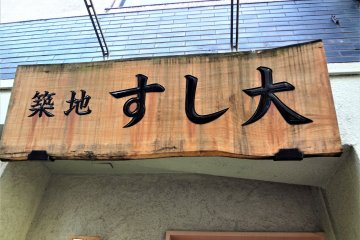 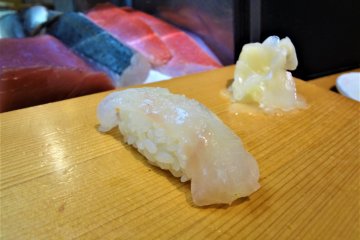