A beautiful, authentic Temple in the heart of Shibamata

Shibamata Taishakuten, formally known as Kyoei-zan Daikyoji, is a beautiful and unique Buddhist temple founded in 1629 during the Kan-ei period. It is located right at the end of the Shibamata Sando shopping street. The gates to the temple are the first impressive structures you’ll see whilst making your way through the shops. I stopped and spoke to a lovely lady running a family shop that sold carvings and many other little items. It turned out that the shopkeeper’s Great, Great, Great Grandfather carved one of the temples main gates. Looking into the back of the shop you could see other impressive carvings (not for sale) that had also been completed by this gate creator.

In 1996 the Ministry of the Environment designated this temple as one of the 100 Soundscapes of Japan, intended as a symbol for local people and to promote rediscovery of the sounds of every-day life. Adding to that, in 2009 the temple was also named in the 100 Landscapes of Japan. These titles really prove the beauty and atmosphere given by the place.

Shibamata Taishakuten is my favorite temple that I’ve visited so far, being in the great location of Shibamata that's less built up in height, offering an older style Tokyo. The visitors of the area turn out to be more local to Japan, increasing the authenticity. There’s a lot to see at this temple, including the Japanese garden around the back and the beautiful wooden carvings surrounding the outer prayer hall walls. I’d like to add that my favourite Shrine so far would be the Atago Jinji Shrine!

The wooden carvings surrounding the prayer hall are incredibly detailed and you can see the high level of craftsmanship that has gone into them. There are ten panels to the walls, all based on scenes of Lotus Sutra and each telling a different story. Whilst you admire these carvings, you can read what each story is about on placards below, both in English and Japanese.

The Japanese garden (called Suikeien) is around the back of the temple. You’ll follow a walkway that leaves the main building taking you on an extremely beautiful, calming and tranquil adventure. The garden isn’t huge, but is more than big enough and makes up with it’s exquisitely detailed and textured content. The pond hosts a number of carp and turtles for you to say hello to on your way around, as well as a few stone pagodas standing in glory, many plants and, a number of trees.

Both the wooden carvings, and the garden can be viewed at the very reasonable cost of ¥400. You can also make use of the machine in the garden’s old guesthouse that dispenses four types of free hot or cold tea.

I managed to time my trip for when prayers were being chanted by the priest. This coupled with the regular gongs made my visit feel both authentic and atmospheric. 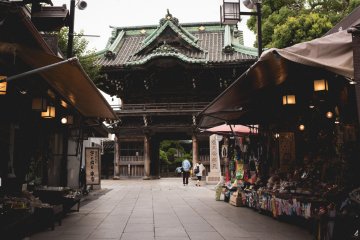 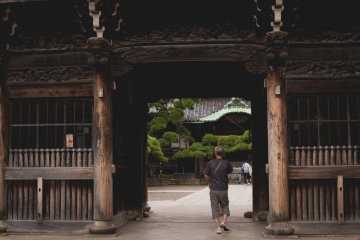 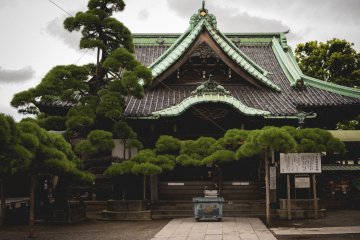 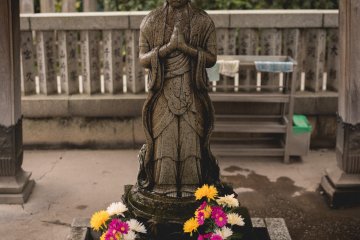 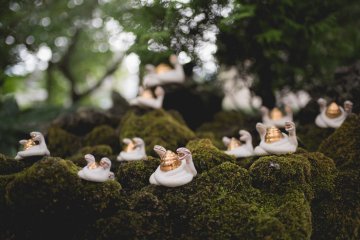 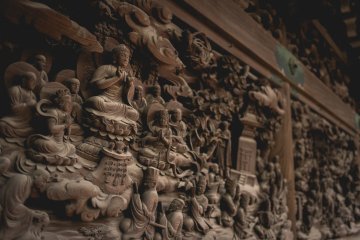 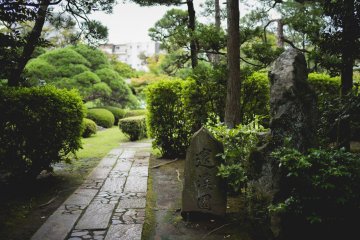 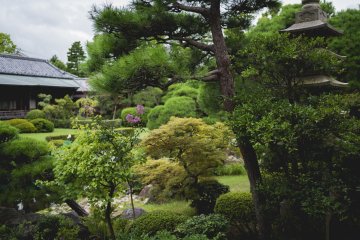 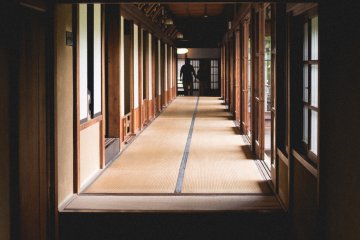 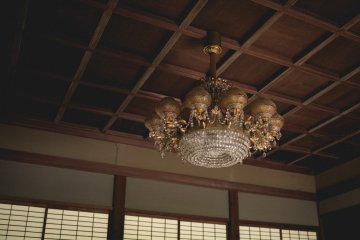 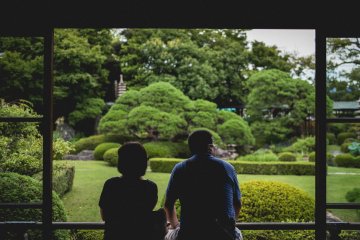