A tradition of confectionery excellence in Shibamata

On the way to Taishakuten Temple in downtown Shibamata, you'll come across a shopping street full of charm and cheer from yesteryear. The stores on either side of this street are wooden, built as they were in the later years of the nineteenth and early years of the twentieth century, and put out a rustic charm that sometimes get lost in modern Tokyo.

A local icon of the area is Takagiya Roho, a confectionery store that has been around for what seems like forever. An open front - on both sides of the street mind you - features takeaway options that make for tasty and eminently practical souvenirs while inside, the walls are covered with photos taken with customers throughout the decades. With the store's relationship with the much loved film series Otoko wa Tsurai yo (It's Tough Being a Man) - the actors and crew often stopped by to eat here - the atmosphere is decidedly timeless.

Famous for their dango confectionery and salted senbei rice crackers, the store also offers more meal-like fare including oden hotpots and chameshi rice boiled in tea. Foods can be ordered per item or as part of a teishoku meal set. Their popular kusa dango can be purchased in boxed sets of 12, 20 or 30 pieces, obviously great as a group gift, while the striking appearance of their iso oteme dango - dango coated with soy sauce and cut strips of nori seaweed - comes in single skewers or sets of five. The Shibamata Mochi is a popular item too and available in packs of five.

Like any good traditional Japanese restaurant, Takagiya Roho is seasonal in sensibility with its menu changing accordingly. The next time you are in the area, head to Takagiya Roho for a taste of downtown history and flavour.

Takagiya Roho is a short stroll from Shibamata Station on the Keisei Line. You'll find it immediately outside of Taishakuten Temple. 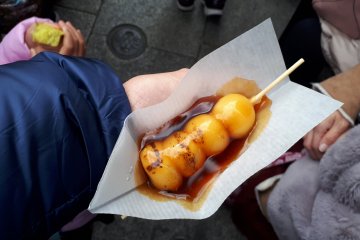 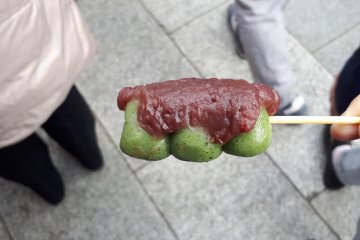 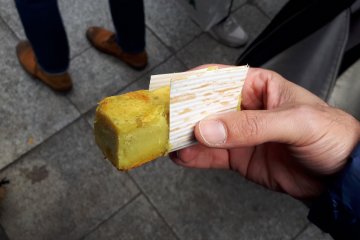 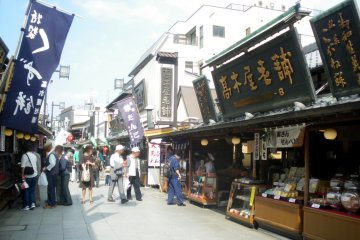