The story goes that Takahashi Korekiyo travelled to the United States in the mid-19th century to study only to find himself sold off as as a slave by his landlord before eventually escaping and returning to Japan.

A fantastic tale if true, Takahashi Korekiyo moved from being an English conversation teacher to working as a government bureaucrat before heading off to Peru to set up a silver mine (which apparently failed). He returned to Japan and eventually become the country's 20th Prime Minister. A worldly life indeed.

Fluent in English, Takakahashi was born when Japan was still ruled by the Tokugawa Shogunate and Tokyo was still known as Edo. By the end of his life, he had lived through four different Imperial reigns and Japan had become an integral part of the modern world. Takahashi himself played an pivotal role in Japan's march into modernity.

Sadly, Takahashi's life was ended at the age of 81 when he was assassinated by radicalised members of the military. Japan had successfully pulled itself out of the Great Depression courtesy of Takahashi's economic policies and his decision to cut military spending earned him the ire of many in that organisation. He would feel the ultimate brunt of that anger in 1936 during a failed coup d'etat.

The Takahashi Korekiyo Memorial Park was established in 1938 and is known for its traditionally-styled Japanese landscaping. For a man of the world, the park commemorating him is decidedly Japanese. A pond and the delicate leaves of Japanese maple trees only reinforce that view and the steps leading up to his statue presents a grand yet charming image.

Particularly pretty in spring and autumn, the park is a pleasant retreat from the modern world - the same world that Takahashi himself helped to create.

Take any of the Ginza, Hanzomon or Toei Oedo Subway Lines to Aoyama-itchome Station. The park is about a minute from Exit 4. 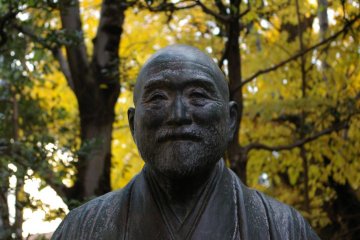 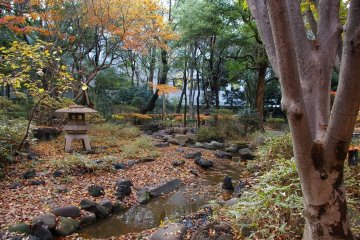 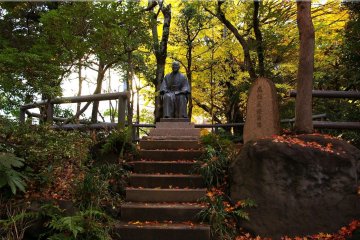 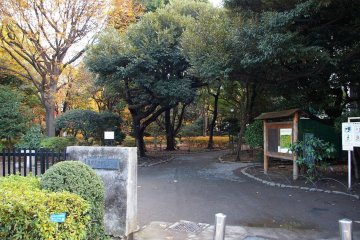