As Tokyo developed, especially in the post-war period, the rudimentary plumbing system resulted in some streams being used as open sewers. By the 1960s, things had progressed to the point where these foul smelling eyesores could be filled in and paved over. The wider streams were converted into roads. Fortunately, the narrower and more circuitous watercourses became walking paths.

For the most part these are quiet places lined with gardens, trees and shrubbery. On an irregular basis, municipalities provide benches, amusements for pre-school children, toilets, arbors and exercise equipment such as parallel bars. There is a good deal of variety.

There are many of these pleasant routes particularly outside of the Yamanote loop. One of my favorite walks, the Yabatagawa Minami Ryokudo, begins at Kamamecho station (one stop from Ikebukuro on the Yurakucho and Fukutoshin lines). In 1964, sewer pipes (still in use) were laid and the Yabatagawa was paved over. The path was renovated to its present state in the early 1980s.

Take exit 5. At street level, walk straight ahead and you will see the start of the path on the left. There is a public toilet at the bottom of the steps on the right. The plant life, of course, depends on the season and the gardens are well tended. Although the path runs more or less parallel to Yamate-dori, a major artery, and is only ever just one or two short blocks away, the atmosphere is remarkably tranquil. Where roads cross what was once a stream, there are the remains of bridge railings. As Alice Gordenker pointed out in her article on manhole covers, there can be considerable detail and craftsmanship in metalwork on public works projects. I am partial to the dragonflies.

After half a kilometer, the quality of the walk suddenly upgrades from economy to first class. For reasons lost in the ward's bureaucratic files, attractive 2 meter-diameter mosaics appear in the path. It is as if one was transported to Pompeii.

There are detailed depictions of ladybugs, namazu (giant catfish which are said to predict earthquakes), kingfishers, and crayfish among others. There are other larger patterns that really cannot be appreciated at street level. Whether these creatures actually inhabited the stream is a matter of conjecture. One would like to think it was so. The mosaics continue for about a kilometer, until you reach Kawagoe-kaido, a major road.

At this point, you can turn around and see what you missed on the walk up. Or, go right and take the pedestrian crossing, then left. Don Quixote is hard to miss. You might wish to get something to eat/drink or use the facilities. The path resumes just past Don Ki.

From here, it is a pleasant but mosaic-less walk of just over a kilometer to a 7/11 which marks the end of the line. You've traveled 2.6 km in total and are at Shimo-Itabashi station on the Tobu-Tojo line. 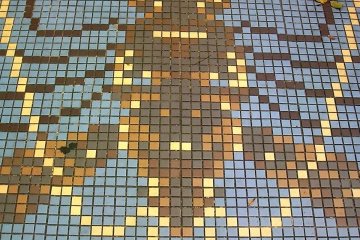 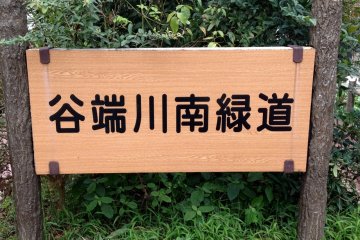 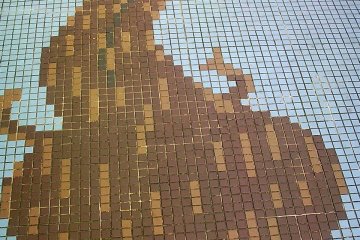 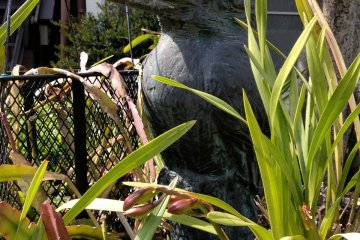 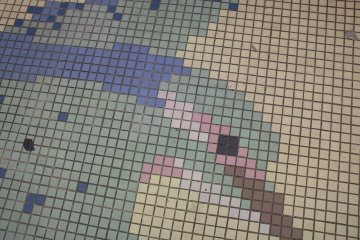 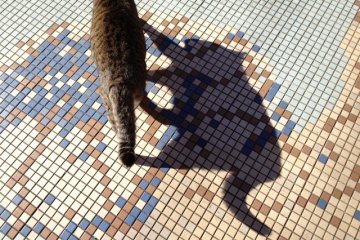 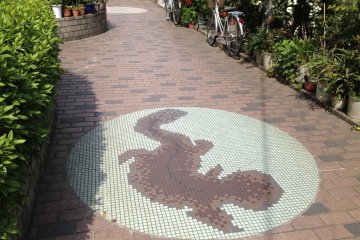 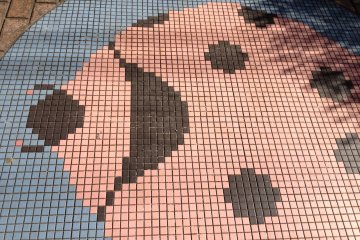 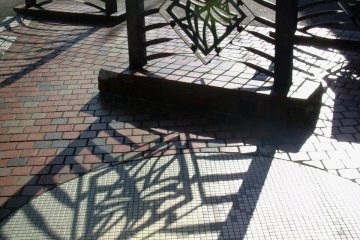