Cubano Sandwiches and more at this gem of a cafe

If you've seen the 2014 movie "Chef" starring Jon Favreau, Sofia Vergara and Scarlett Johansson amongst others, it's likely that you've heard of the Cubano sandwich. Introduced to the United States by Cuban immigrant workers in Florida, it's become a much-loved food across many parts of America. Filled with ham, roasted pork, Swiss cheese, pickles and mustard, it's a taste sensation - albeit one that can be hard to find in Japan.

Never fear - if you've got a craving for a Cubano, there's a place in Tokyo to get your hands on one, and that's Cafe Habana, situated between Shibuya and Daikanyama. You will be transported far away from the streets of Japan's biggest city to an exotic scene with vibrant yellow walls, royal blue seating, and fairy lights strung from the ceiling adding to the laid back ambience.

When it comes to the menu, the Cubano sandwiches take center stage, but there are a host of other tasty eats on offer. There are tortilla chips that come with an incredibly fresh tasting guacamole, a variety of soups and salads, and main dishes like seafood zarzuela and pollo mirador to choose from. Traveling with little ones in tow? There are even kids plates that you can order, with options like a cheese quesadilla or taco rice - delicious!

If you have a sweet tooth, be sure to save some room for dessert! They have a number of mouth watering options to try. The beignets are hard to pass up, but they've also got s'mores, waffles on a stick, and even Cuban French Toast on offer.

The cafe also has a wide range of alcoholic drinks, including their signature mojitos, sangria, and frozen margaritas, and plenty of beer, wine and champagne choices available. If you're not a drinker (or perhaps on designated driver duties) there are juices, teas, coffees, and even Cafe con Leche to enjoy.

Cafe Habana is located about 750m from either Shibuya or Daikanayama Station. 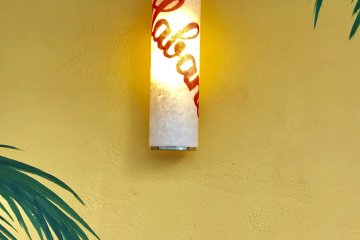 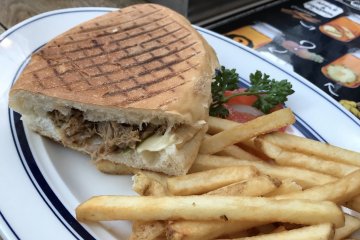 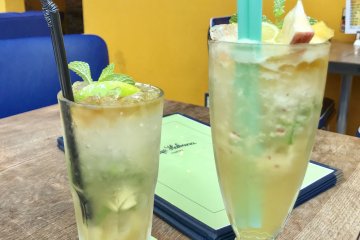 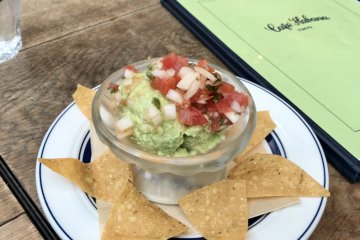