Respect for nature in this university town

Home to the famous Hitotsubashi University, the appeal of western Tokyo's Kunitachi City extends beyond being a university town. Known for its appreciation of nature, the city's main boulevard is lined with beautiful cherry blossom trees, it's Yaho Tenmangu Shrine is surrounded by a sacred forest, while remnants of the old Musashino region environment still exists in Joyama Park.

Considered to be the oldest Tenmangu shrine in the Kanto region, Yaho Tenmangu Shrine features some detailed wood carvings, cow statues, komainu guardians, and even live roosters and chickens walking freely around the grounds. Surrounded by a 'sacred forest', the shrine is nicely rustic and peaceful.

Three minutes from Yaho Station on the JR Nambu Line.

Sixteen minutes from the South Exit of Yaho Station on the JR Nambu Line.

Tamashin Museum of History and Art

A museum displaying works of art connected to the Tama area, the Tamashin Museum of History and Art was established in 1987. Along with art, the museum also exhibits historical items and artefacts related to the area. Exhibitions are regularly held and at ¥100, admission is truly a steal.

Direct access from the South Exit of Kunitachi Station on the JR Chuo Line.

Listed as one of Tokyo's top 100 scenes, Daigaku-dori University Street is lined with trees that make a stroll particularly beautiful during spring and autumn. This main thoroughfare in the city also features classical European architecture and the street is dotted with elegant French-designed street lamps.

Two minutes from the South Exit of Kunitachi Station on the JR Chuo Line. 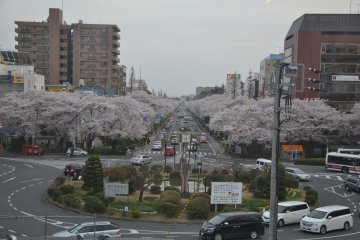 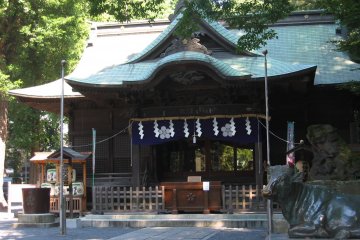 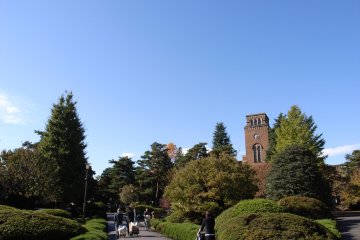