Nezu Shrine in northern Tokyo has an extraordinarily beautiful setting as it is built alongside a hill, which is covered with about 3,000 azalea bushes of different species. In spring, when the azaleas start to bloom, you will be able to marvel at an absolutely stunning and colorful sea of azalea flowers. The colors range from white to light pink, orange, purple and glaring red, and it is definitely a must-see if you visit Tokyo around April.

The shrine buildings and structures you can see today date back to 1706, and their architecture are quite typical for Shinto shrines at that time. Coming from Nezu station, you enter the grounds passing beneath a big red torii (gate) and you will find yourself in front of another enormous gate. However, just before that, you will cross the typical bridge, which symbolizes the purification of mind. The pond below the bridge is home to a few ducks, turtles and carps. To your left-hand side, you will already see the hilly part of the grounds, covered with the popular azaleas.

The main shrine building, surrounded by a lattice-windowed fence, has stunning and very elaborate decorations. There are also a lot of Buddhist symbols incorporated, which proves that the shrine was built before the separation between Buddhism and Shinto came into place. Make sure you go to the smaller building on the right-hand side of the main structure. You will usually be able to marvel at the mikoshi, the portable shrine, also very beautifully decorated.

Track your steps back through the two-story gate and keep right. There is the beginning of a long narrow path going up the hill, covered with lots of relatively small red torii, forming a kind of tunnel. Definitely go up there until you reach another couple of shrine structures, one of them featuring a nice terrace with a view across the grounds.

Every year, from around mid-April until the beginning of May, the shrine holds the so-called Tsutsuji Matsuri (Azalea Festival) to celebrate the flowers, which will then be in full bloom. There is a little path that leads right through the azalea bushes, giving you the most spectacular views from all kind of different angles. This is by far the busiest time of the year and you will find a lot of food stalls and some entertainment like taiko drumming or traditional dance, especially during the weekends.

However, even if you do not visit during April or May, it is still very much worth going; just stroll around the hilly part and marvel at the neat decorations and fittings of the main shrine building.

Find out more about Nezu Shrine. 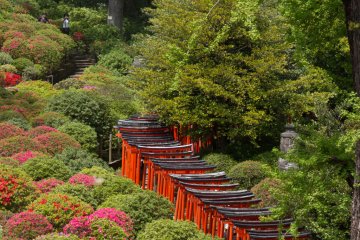 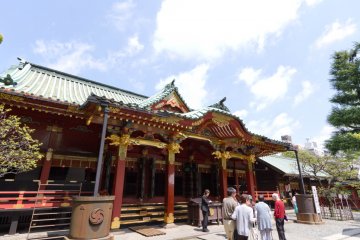 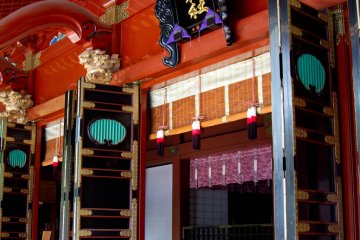 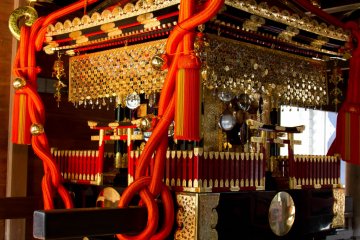 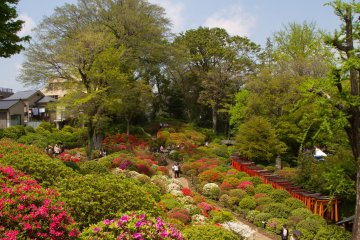 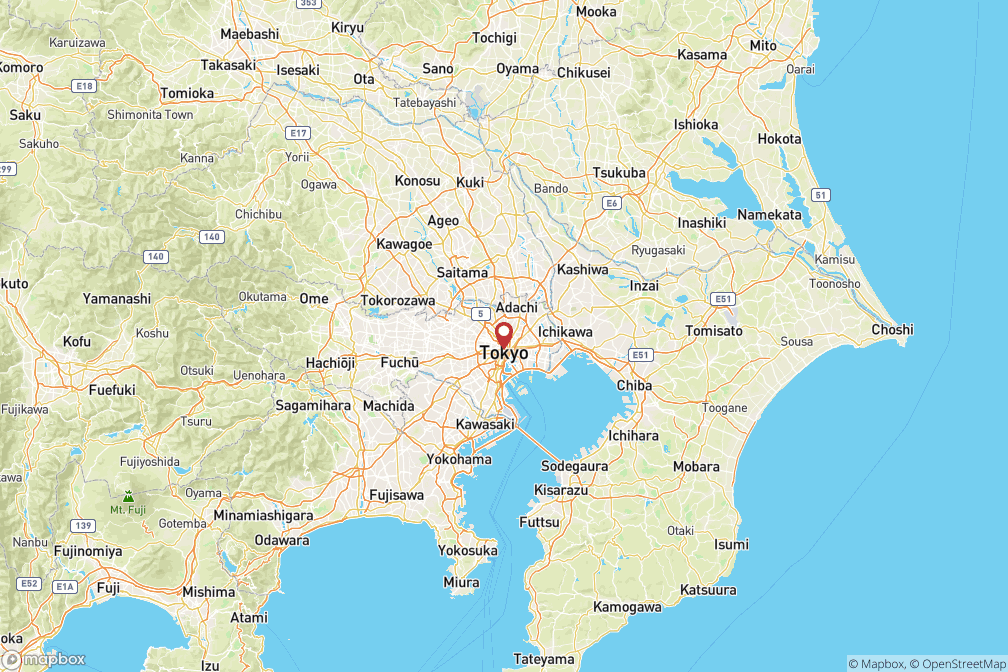