A perfect blend of western and eastern stage theater

Is there a theater that is able to blend elements of east and west perfectly into a theater performance? I certainly believe so and I have found that perfect blend in the all-women theater group known as Takarazuka. My first experience with this theater was from a DVD shared by my roommate. Seeing my first performance I did not know what to expect. I was incredibly interested in Kabuki where men play all the roles on stage, so when I heard about a theater group that was all women I could not be more interested. What bloomed after the viewing of that DVD and finally the live performance has completely changed my life forever.

So what is it about this theater that is so unique? Why would I think others would be interested in seeing it? I entered the Takarazuka performance with a love of musicals and ballet and seeing the two combined so gracefully made me watch it intensely until the curtain fell. The other thing I immediately loved about the performance was how convincing every woman playing a male character on stage was. In every Takarazuka performance women playing men are the main attraction. Seeing such a convincible male character come to life on the stage was so fascinating to me. The way the women held themselves and spoke to other characters with so many mannerisms reminded me of ways my own brother and other men I knew in my life behaved. This was so astonishing because I had to constantly tell myself I was watching only women on the stage.

This performance would not count for anything, though, if it was not for the women that take the stage. I love the amount of talent they bring to the spotlight. This theater was created during a time when women in Japan were not being highly respected but this theater was able to show the kind of power women had and the talent they were capable of. The gracefulness and the way male characters are done on the stage are incredible in itself, but there are other things that can interest many people. Of course there will be a language barrier to anyone who does not know or has not studied Japanese but even so I always found Takarazuka incredibly easy to follow. Every performance released in Tokyo Takarazuka has a pamphlet which has a section with a short English summary of what the core of the performance is about.

There is a reason English can be found in pamphlets. Some of the performances done in Takarazuka are from western material, either from stage performances or from books being adapted into a musical production. I was surprised after seeing so many western performances that they were able to tell the stories in a way that made it stay true to its western source but is able to put in some eastern additions that make it recognizable to a eastern audience. The one way I have seen this most clearly is in the use of onomatopoeia. An onomatopoeia is a sound effect such as tick-tock or cock-a-doodle-do, but in Japan an onomatopoeia is used in conversation to express more feeling in certain situations. They use the same expressions in the western materials they put on stage and it makes sense.​

Now to get into the content of the performances Takarazuka has put on their stage. Takarazuka has done traditional Japanese tales such as Tales of Genji and Jin (a successful Japanese drama), but what they are known for is their western stories. They have done classic stories like Romeo and Juliet, Gone with the Wind, Scarlet Pimpernel, A Tale of Two Cities, Singing in the Rain, and (of course so many) more. They have even began adapting Japanese game stories into very successful stage musicals, the most popular one being Phoenix Wright, which, after the release of the first musical, has had three different productions of continuation stories done. Then there are the two musicals that are the most popular performances to this day. The first being Rose of Versailles based on the manga done by Riyoko Ikeda, which put Takarazuka on the map, and Elisabeth, which was based off the Austrian musical by Michael Kunze and music by Sylvester Levay about an Austrian princess Elisabeth and adapted to the Japanese audience and is beloved not only by Japan but Austria as well.

Therefore, due to what I have written and many other reasons I would highly encourage anyone to check this theater out. There is a story and genre for everyone. Takarazuka ranges from tragedy to comedy and absolutely everything in between. The location of Tokyo Takarazuka is conveniently located next to Hibiya Station and right across from Hibiya Park. Tickets range from the closest front seats being 12,000 yen, 8,000 yen, 5,000 yen, and 3,000 yen. Or if you are heading to the Osaka area check out the main Takarazuka Theater.

If you have time and want to see a wonderful performance done by all women doing more current pieces of theater I would highly recommend this theater! 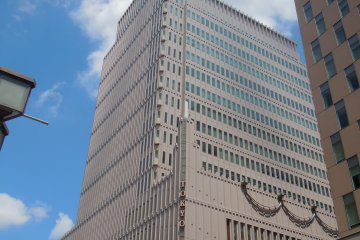 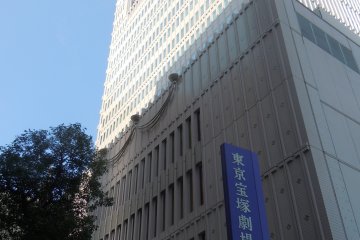 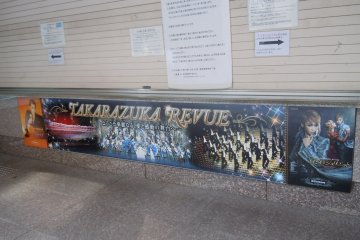 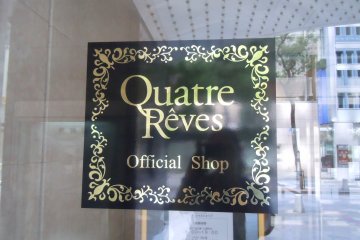 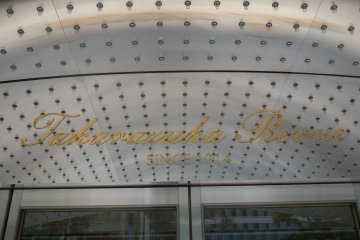