Located in the heart of Tokyo, the Shiba Celestine Hotel is surrounded by historic landmarks from the Edo Period. From the Satsuma Residence's Stone Monument to Zojoji Temple of the Tokugawa Family, every corner is a blast from the past for visitors in search of all things traditional. Here are the top 8 historic sites around the hotel:

This shrine honoring Tokugawa Ieyasu has been designated as a National Treasure by the government. With a wooden statue of Tokugawa, this place keeps a slice of history with it, and is best viewed during spring where cherry blossoms bloom near its entrance.

As the former family temple of the Tokugawa family, Zojoji Temple is a regal building that lies in this Tokyo suburb. Built in 1393 and moved to its present location in 1598, it is the head temple of the Jodo sect of Buddhism in Kanto. With Tokyo Tower looming behind, Zojoji Temple is the perfect pit stop if you're heading to the tower – both sights provide a powerful juxtaposition of old and new, which can make for a unique photo opportunity.

Just a short two-minute walk from the hotel, this monument commemorates the Satsuma Residence Site, which was a unique and elegant place where samurais lived in.

Constructed on Atago Hill, 26 metres above sea level, Atago Shrine was originally erected by Tokugawa to protect residents from fires. Its distinctive feature is the flight of steep steps that represent the road to success in life. While the summit used to provide panoramic views in the past, it is now unfortunately blocked by high-rise buildings. Despite that a hike to the top is still considered a great challenge to overcome, and might even bring some success and fortune your way.

This stone monument near Tamachi Station represents the agreement between Saigo Takamori and Katsu Kaishu, two instrumental players in the Meiji Restoration, in 1868. The agreement led to the Tokugawa Shogunate's end in Japan and kickstarted the country's modernisation.

Commodore Matthew Perry was an important figure during the Edo Period, where he was key to the eventual end of the shogunate rule in Japan. This bust was sent as a gift by Commodore Perry's hometown Newport City in the United States on the 100th anniversary of the "opening of Japan", the term used to describe the end of the Edo Period.

Dating back to the Heian Period (8th-12th century), this shrine was the centre of worship among common folk throughout Kanto. Dedicated to Mie Prefecture's Ise Grand Shrine’s two main deities Amaterasu-Omikami (the sun goddess) and Toyoukeno-Okami (god of agriculture and industry), the shrine is highly regarded as a place of worship.

This is the city gate of the former Edo Castle, now designated as an important national cultural property. It is one of the access points to the Imperial Palace and the inner gardens. 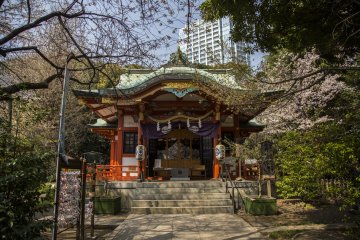 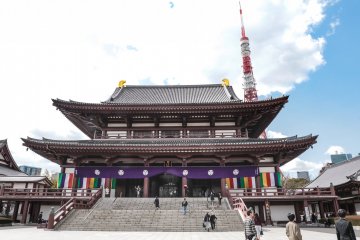 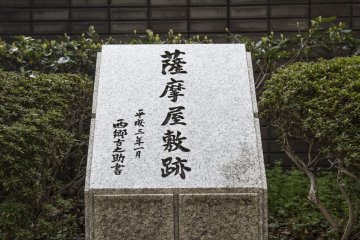 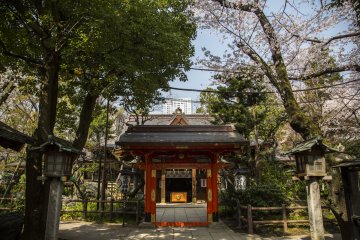 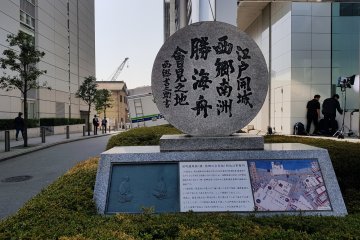 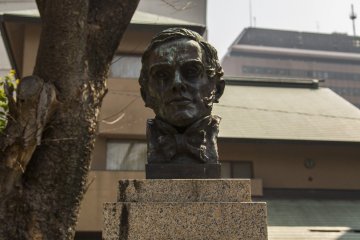 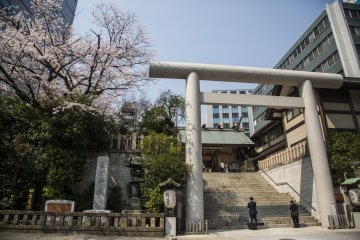 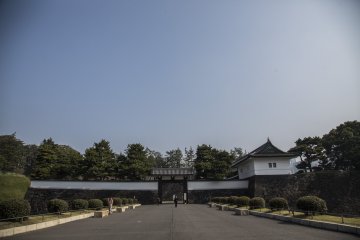