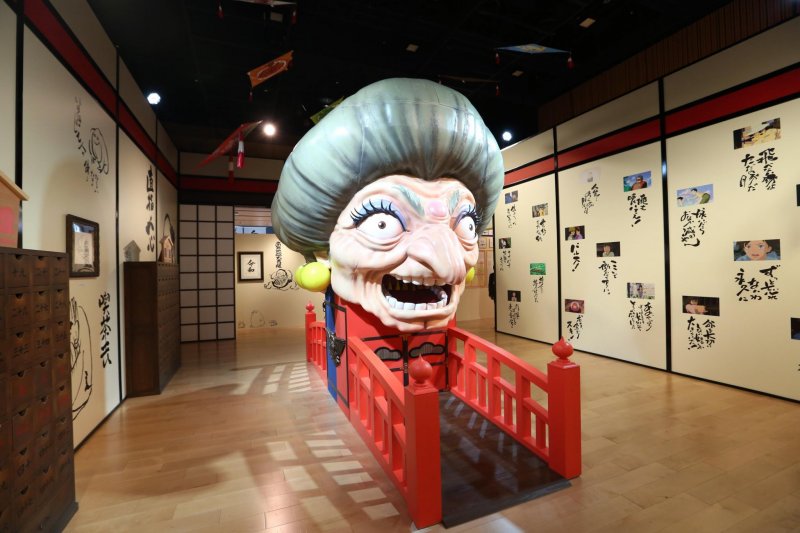 Getting to know the legendary Ghibli producer and co-founder

From 20 April to 12 May 2019, immerse yourself in the world of Ghibli magic at the “Toshio Suzuki and Ghibli Exhibition” held at the Edo Culture Complex (EDOCCO) on the grounds of Kanda Myojin Shrine.

While anything Ghibli-related is always great for the fans, a large portion may find Suzuki less familiar than Miyazaki or Takahata who have taken on more prolific roles including animating, directing and screenwriting.

Getting to know Toshio Suzuki

The lesser-known third to the pair to form the dynamic Ghibli trio, Suzuki is one of the founding figures who have brought to screens the well-loved, whimsical and highly acclaimed films.

While Miyazaki may be the most famous and Takahata similarly well-known among the masses, it can be said that Toshio is the synergist that started it all.

Back in the early days before Ghibli existed, when Suzuki was working as an editor at Animage, he helped create and publish Miyazaki’s first manga, “Nausicaä of the Valley of the Wind”, and later on, the animation of the same title too. From then on, the friendship between Suzuki and Miyazaki grew and roping in some others including Takahata, Studio Ghibli was established.

Throughout his career, Suzuki has produced most of the Ghibli films and a few others like “Innocence: Ghost in the Shell” and “The Red Turtle”.

Delve into Suzuki’s world, from his love of calligraphy to his early works and the manga that influenced him as he grew up. Complete the experience through tasting some of the themed food or bringing home some momentos.

In addition to producing films, Suzuki’s creative pursuits include calligraphy, which is featured in the exhibition through motivational snippets or memorable lines from the films. Installations such as panels showcasing Suzuki’s calligraphy set against a detailed miniature of Aburaya add depth to the messages conveyed in Spirited Away (if you can understand Japanese).

Meanwhile, even if you can’t read Japanese, the sight of running brushstrokes floating before the colored posters of various films provides quite a visual spectacle.

Apart from Japanese calligraphy, Suzuki also welds the brush in English, so expect to see some handwritten English phrases around and even some of his sketches and notes on the Ghibli productions.

In “Spirited Away”, Yubaba’s menacing appearance is second to none – except her twin sister, Zeniba, perhaps, whose identical visage is only softened by the audience’s knowledge of her kind heart and hospitality.

The exhibition features a larger-than-life, fortune-telling Yubaba and Zeniba combo. While Yubaba tells your fortune outlook in general, Zeniba is focused on your love life. Look the intimidating sisters in the eye as you reach into their mouth for your fortune.

Hanging within each sisters’ cavernous mouth behind their pearly whites are tasseled tags which you can yank to tell your fortune (reminiscent of the ones Chihiro tugged to send for various bath concoctions.) Pulling a tag, Yubaba or Zeniba will deliver your fortune outlook with a number and a comment. Then, head to the wooden drawers in search of your matching fortune slip which fortunately, has English translations.

Last but not least, what is an attraction in Japan without any special themed food onsite or the sale of omiyage?

Throughout the run of the exhibition, Masu Masu Cafe located on the first floor of the center will serve some Ghibli specials, namely the Soot Sprite matcha set (¥864), Haku’s onigiri set (¥864), and a Totoro-themed kakigori (shaved ice dessert, ¥648), with the last two items in limited quantities.

As for souvenirs, you can bring home a selection of charms, Japanese prayer tablets, t-shirts and the Yubaba kokeshi doll among numerous items.

Previously held in Hiroshima and Nagoya, the current edition of “Toshio Suzuki and Ghibli Exhibition” is a special collaboration with Kanda Myojin Shrine and will be shown in Nagasaki during July after the Tokyo leg finishes. If you miss this current exhibition during its Tokyo residence, don't forget the Ghibli Museum in Mitaka is always available to visit.

Fret not if you can't make it to this exhibition as there are multiple Ghibli-inspired spots around Japan where you can indulge in your favorite films!