One of the best spots for independent rock-music

I am sure that when you think about contemporary Japanese youth music, first thing that pops-up in your head is J-rock or J-pop. Of course, these genres are uniquely placed and worth their world-wide fame, but Japan has a lot more to offer than those ikemen-guys with their hair dyed in most poisonous of colors. Ever since the invention of an amplified guitar Japanese have been madly in love with the spirit of the rock-n-roll, whether it took forms of surf-, punk-, psychedelic-, blues- or indie-rock. Adding a hint of typically Japanese craziness they were able to produce some of the finest results in the history of loud music: Kurt Cobain praised all-girl punk-rock band Shonen Knife, 5.6.7.8’s delivered us much fun in Tarantino’s “Kill Bill”, Melt Banana turned noise-rock upside down. Now if you want to see how this tradition is preserved and get in touch with the real musical underground, UFO Club would be your obvious choice.

Koenji area with its vintage second-hand shops and cozy atmosphere is often said to be the birthplace of Japanese punk – both music and aesthetics. So it is of no coincidence that such a place as UFO Club named after famed London 1960s’ venue is to be found particularly here. The wide variety of artists performing at UFO range from cult 1970s British garage-punkers or legends of Japanese music scene like Acid Mothers Temple to previously unheard of student bands who usually sound extraordinary great although it may be just their second show. The tickets and drinks are quite cheap for Tokyo where it is not a rare occurrence to pay around 60-70$ for an entrance to a gig. You would also enjoy a very democratic atmosphere of the place as musicians usually hang out with the audience and stage-diving is practically the norm. When you enter the venue, psychedelic dark red paintings on the walls will set you just in the right tune for the kind of you music you are to hear, so get closer to the scene and let the madness begin.

May be you are thinking now, that this is all to wild and crazy for you. But, ok, you probably have already seen your share of temples and shrines, ate raw fish and may be even attended a sumo. Leave that aside for a moment and try something exciting and peculiar even for locals. Don't go there if you have a headache, but do surely pay a visit if you want an unforgettable evening filled with weirdness, laughs and some kicking-ass good music. Oh, and don't forget ear-plugs – it can get pretty loud!

I am a MEXT-scholarship graduate student from Moscow, Russia. Here in Japan I do a research in Meiji University. I also have a passion for writing and work as a free-lance journalist. As of now I am planning to stay in Japan for a year, but there is a possibilty that I will stay longer.I love to ... 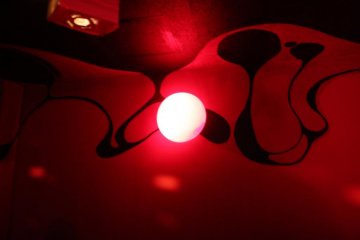 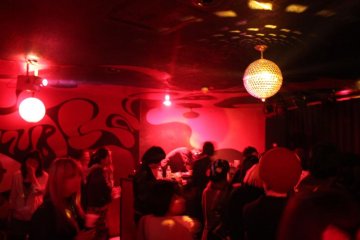 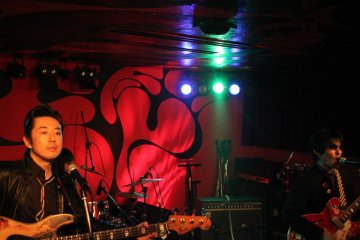 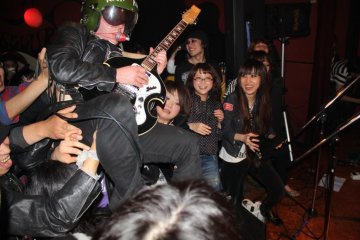 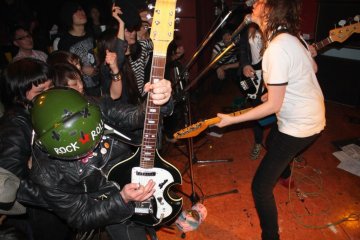