“Let’s build a house!” Generally, it means “Let’s buy a ready-built house”, or “Let’s order a house.” However, some people might also think it means, “Let me build a house by myself.” I've known and seen some outstanding examples in the world of self-built houses. And now I know that a Japanese man is constructing a building by himself. The building has been under construction for over nine years. If you are looking for something unique and unusual to do, why not go and take a look at it?

The name of the building is “Arimasutonbiru”. It is under construction in an area in Tokyo between Shinagawa station and Tamachi station. It is a building that an architect, Oka Keisuke, started to work on in November, 2005. The full-fledged reinforced concrete building has three stories above the ground and one underground floor. Without professional help or any heavy machinary, he has been building it with his friends. He says in his blog, Arimasutonbiru Preservation Society: “I use high quality sand and gravel to produce my concrete. The water-cement ratio is 37%. I gently pour the concrete little by little using a dustpan-shaped tool, called “Mi”. In order to cure the concrete, I pour water on it more than once a week. In this way, its texture is becoming very dense.” It is a very complicated method. So, nobody knows when the construction will be completed. Anyhow, a specialist says, this method creates concrete that will last for 200 years.

Honestly speaking, I cannot understand the meaning of the “density” of concrete because I have no architectural knowledge. Anyhow, it was a fact that I was surprised by the appearance when the building jumped to my eyes while I walked in the area among stylish buildings including fancy condos and embassies. As of July, 2014, when I visited, I could see concrete walls with strange-shaped holes which I supposed will become windows and doors. The concrete wall is decorated in various ways. Some parts have gear-wheel-shaped objects attached. Another part is engraved in a unique ways. Because it still has no ceiling, the upper part's steel reinforcing rods are exposed.

A painting, “Tower of Babel”, by Pieter Brueghel, a Flemish painter in the 16th century, inspired Mr. Oka to design this building. It is based on a Bible story. People seek to make bricks and build a tower with its top in the sky and to make a name for themselves; therefore, the tower of Babel is a symbol of “a hubristic act of defiance against God.” The plan was awarded a prize, “SD review 2003”, a competition for youth architectures. After that, Mr. Oka started work on the building in 2005. And even though the plan came from the tower of Babel, we don’t need to be concerned about the wrath of God on this building: This building has authorized by both winning the 2003 competition, and an official building permit certification! Now, unfortunately, it faces another obstacle: “Area redevelopment.”

Arimasutonbil is still under construction; therefore, it has been constantly changing, like a glowing plant, whenever I visit. I think Mr. Oka enjoys the process of the project more than completing the project. So, I hope “Area redevelopment” shows some generosity and encourages Mr. Oka’s challenge. I think developing culture is the same as growing a plant. I hope to support his project!

One of my hobbies is taking a walk in historical towns becasue it is an easier way to feel relaxed and enjoy atmosphere than hiking.Luckily, I live in a conveninet place, able to access Yokohama, Kamakura, and Tokyo.Yokohama is my hometown. So, I am happy if my view point and tips can help you on... 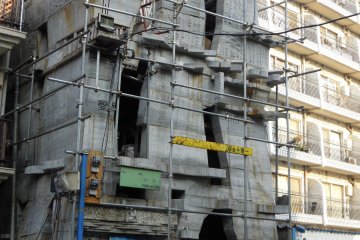 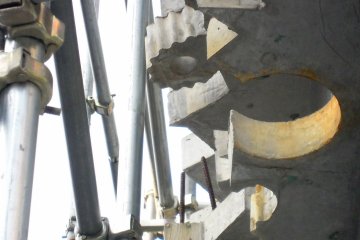 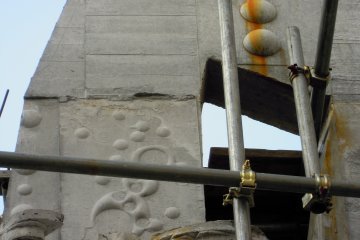 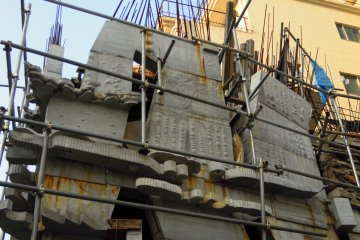 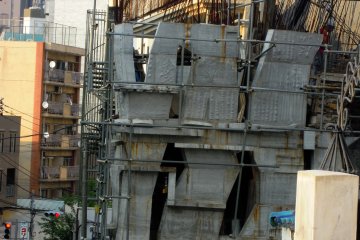