Ume Eating, Drinking and Shopping Here, There and Everywhere

The Tanabe area in the south of Wakayama Prefecture has the most ume (Japanese plum) orchards in Japan. In fact, Wakayama is the No. 1 ume producer in Japan, accounting for 64% of total domestic production, or more than 40,000 tons annually. Most of the Wakayama ume come from the Tanabe area.

The area is also well known for its mikan (mandarin oranges) and the Kumano Kodo pilgrimage trails.

The cultivation of ume secures the livelihood of many villagers here and it stimulates the local economy. Some farmers also sell products that contain ume, such as ume sauce, ume soup, ume-flavored udon, and more.

There are quite a few companies in the area that produce ume products. Some even allow you to visit their factories and showrooms. Even better, you can sample umeboshi (hm, not so much) and umeshu (yeah, a lot please) at many of their showrooms.

Meeting with an Ume Farmer

Mr. Ishigami, holding the same name as the village, is one of the local farmers and the head of Ishigami Village. He is often found showing visitors around the orchards and explaining the history and specifics of ume cultivation in his village. You should visit the ume orchards in February when the blossoms are in full bloom.

The activities of farmers follow the ume season: pruning is done in November and December, followed by soil conditioning in January. When blossoms appear in February and March it is time for pollination by honeybees. Harvesting is done in June and July and processing in August and September.

Green ume, ao ume in Japanese, are picked from the trees in early June. They are is used for producing umeshu. Ripe fruits drop into nets spread out under the trees and are harvested from there, to be pickled and become umeboshi from mid-June to early July.

Nakata Food is one of about twenty ume processors in the area. Nakata Foods started business in 1897 and now they are one of the biggest employers in the region. Visitors to their factory can watch the processing activities from a walkway while a guide explains the details.

At their large showroom you can sample umeboshi and umeshu to your liking. The impressive line-up of umeshu bottles is too tempting to not try at least one or two shots. Visitors better come here by hired taxi to fully enjoy sampling!

If you do not have a chance to visit Nakata Foods, then Kishu Umeshu de Kampai, located in short walking distance from Kii-Tanabe Station, is the place to go. Set up some years ago, this shop displays a great selection of local brands.

Two tables in the middle of the shop are crammed full with umeshu bottles. Here comes another chance to taste your way to umeshu paradise. If you like what you drink, then why not take some bottles home. Foreign visitors can shop tax-free.

Umeshu is the Law!

The locals love their umeshu so much that in 2014 they issued the Umeshu Kampai Ordinance. It rules that the first toast at official events in Tanabe must be done with umeshu.

This promptly inspired a toasting event at Tanabe’s Ogigahama Beach where an assembled crowd of 866 people kampai-ed with umeshu, a world record that entered the Guinness Book of Records.

A Charter Taxi/Jumbo Taxi Tour to the Kishu Ishigami Tanabe Plum Orchards and to Nakata Food is available. You can book at the Tanabe Tourism Office. 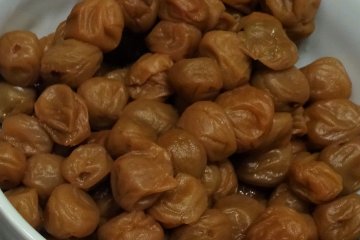 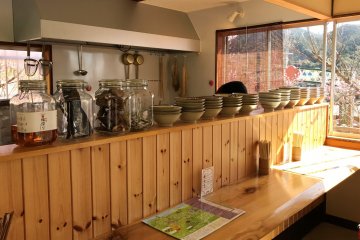 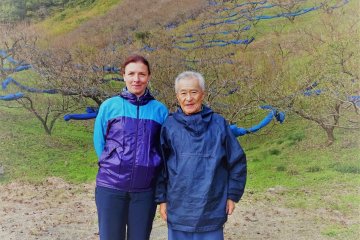 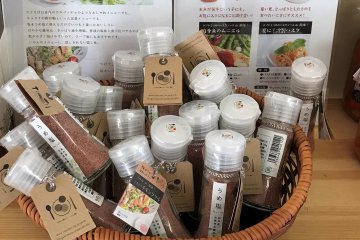 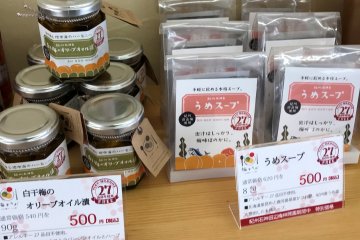 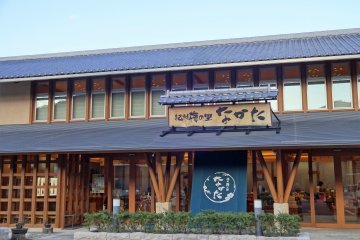 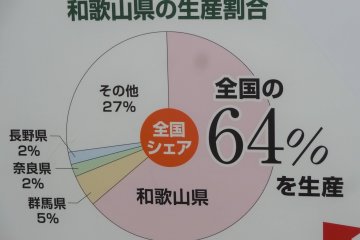 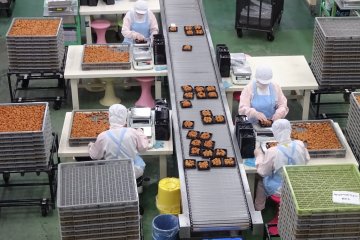 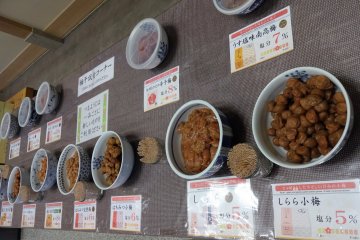 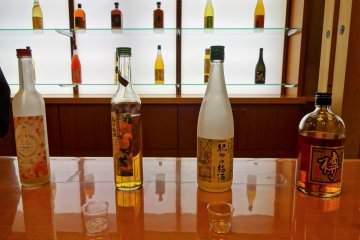 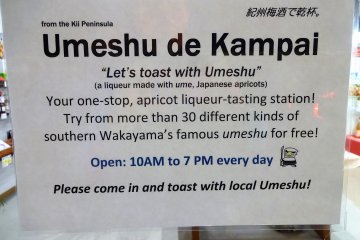 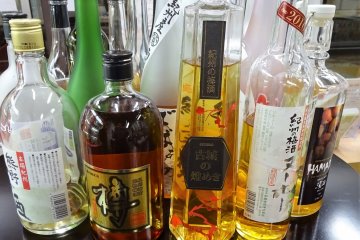 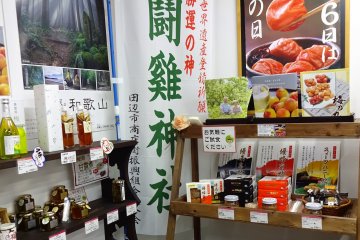 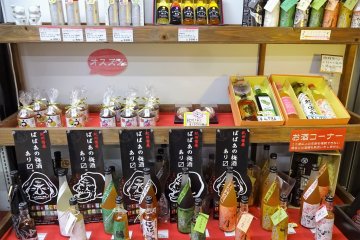 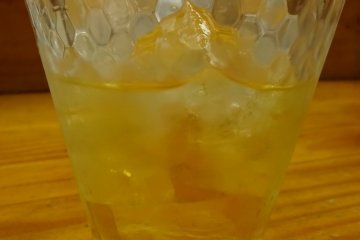