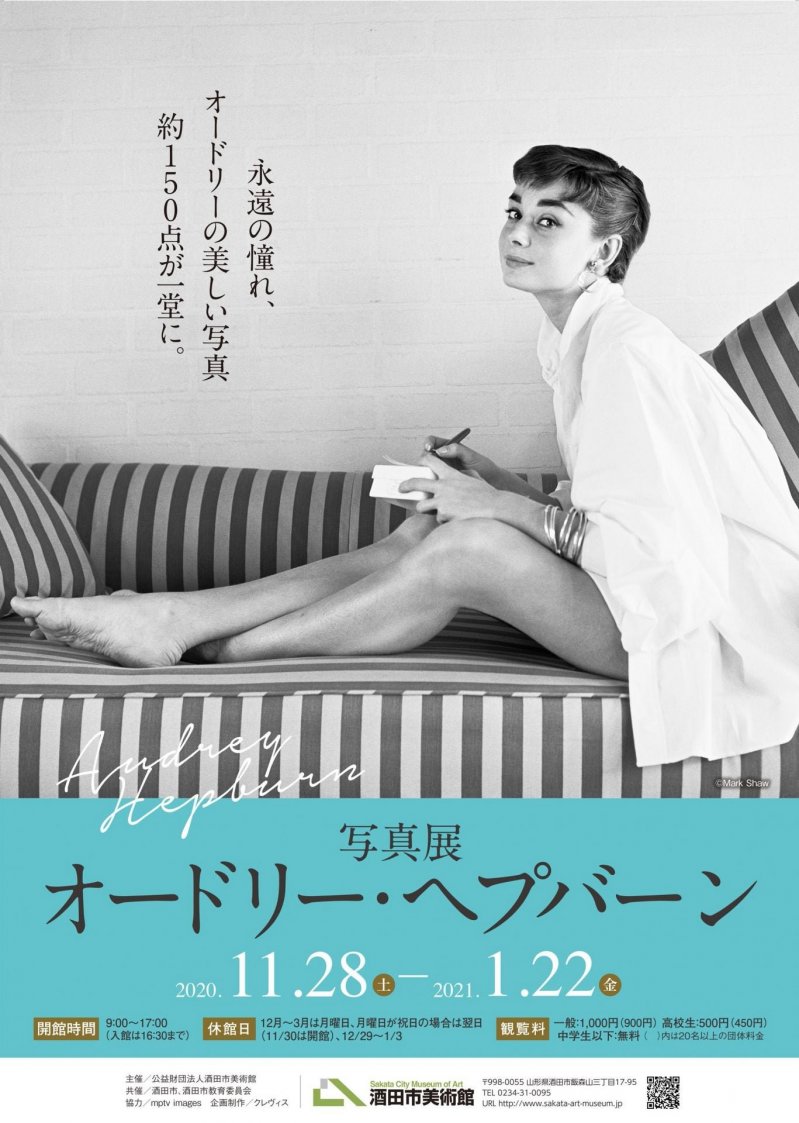 A special event at the Sakata City Museum of Art

A special event taking place at the Sakata City Museum of Art looks at the life of Audrey Hepburn (1929 - 1993) through photographs. Hepburn made her silver screen debut in the film "Roman Holiday" (1953), for which she received an Academy Award for Best Actress. She also starred in classics like "Breakfast at Tiffany's" and "My Fair Lady", and was regarded as a fashion icon of her time.

Around 150 photographic works from Hepburn's photo collection will be on display at the event, and they will be divided into three main categories: film, fashion, and personal photography.

Adult admission to the event is priced at 1000 yen.