The Ken Domon Museum of Photography

Born in Sakata City in Yamagata Prefecture, he was arguably one of Japan’s best known photographers for ‘news photography”.

The Domon Ken Photography Museum in Sakata City now shows Domon’s substantial body of photographic work to the public. This is a must-see for keen photographers.

Domon donated all his works to Sakata City. In turn, the city officials built him a museum, The Domon Ken Photography Museum. It was said to be the first photographic museum in Japan when it was opened in 1983. Although his entire collection comprises 70,000 images, only a selection is on display in the museum at any given time.

His best-known photojournalistic works are images that were taken in the aftermath of WWII. They include portrays of “The Children in Chikuho”. Chikuho was a poor coal mining community in Kyushu and the images show children who had lost their parents during the war finding joy again in innocent children games.

He was also one of the first photographers who documented Hiroshima after the devastation caused by the atomic bombing. Some images of survivors of the atomic bomb are shocking.

Looking at the fantastic images, you have to consider that he took his photos at a time when digital camera was unheard of. It is said that he thoroughly familiarized himself with a temple location first before he started shooting and he also allowed his feelings towards a photographic object to guide him. The images definitely show his photographic passion and his special way of finding a unique photographic angle.

Domon contributed to many photographic magazines and he received a number of awards in recognition of his services, including the Mainichi Photography Award in 1958. The Mainichi Newspapers also established the annual Domon Ken Award in 1981, which is one of Japan’s most prestigious photographic awards.

The Domon Ken Photographic Museum in Sakata is housed in a modern building that was designed by architect Yoshio Taniguchi who is known for his re-design of the New York Museum of Modern Art.

This super-modern looking building contrasts nicely with its natural environs. It is set in the pleasant surroundings of the Mount Iimori Culture Park about four kilometers from the Sakata Station. A stroll around the pond is relaxing and calms your mind after looking at  many of Domon’s intense images 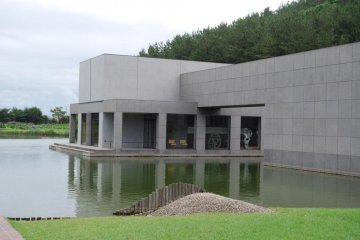 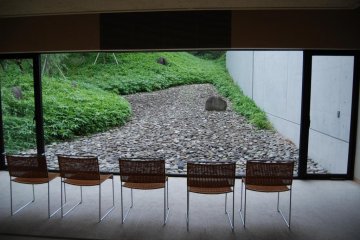 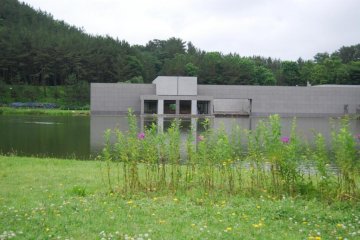 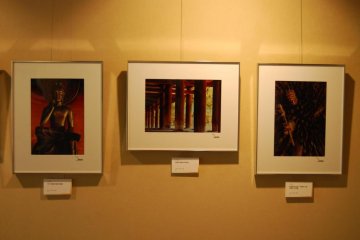 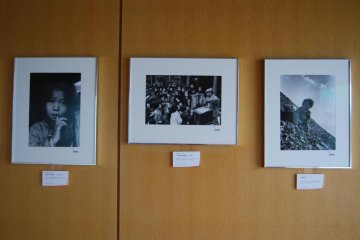