The culinary way to enlightenment

As the saying goes “the way to a man’s heart is through his stomach”. Who would have thought that access to our brain, and to a higher state of being, might actually be through our belly too.

Why not try out Shōjin Ryōri, Japan’s Buddhist cuisine to see whether you can speed up your mental and spiritual development by savoring delicious vegetarian food.

What is Shōjin Ryōri?

Shōjin actually refers to the Buddhist practice of cleansing one’s body and soul, a ritual which requires practitioners to cultivate a mind of patience and equanimity. Through doing so, it is believed that one can achieve spiritual purification and ultimately enlightenment.

The Japanese have adopted the culinary import to the local conditions in Japan and over the centuries they have developed a unique monks’ food which is different from monks’ food in China, Taiwan or Korea where wheat gluten is used for preparing “mock meat” dishes.

The one common rule though is not to use fish, meat and animal products such as eggs and milk. One of the precepts of Buddhism is “thou shalt not kill”, which also forbids the killing of any animal, fish or insects for food. Hence, all animal products are taboo in Buddhist cuisine, which Shōjin Ryōri is an example of.

Temples are the culinary kingdoms of Shōjin Ryōri and visitors who stay at temple lodgings, called “shukubo” in Japanese, are typically served Shōjin Ryōri for dinner and for breakfast.

Not considering the religious aspects, Shōjin Ryōri is a simple yet flavorful cuisine that is extremely nutritious and hence good for health.

Vegetarians, and vegans in particular, who have difficulties in finding something to eat in Japan that does not contain fish, seafood or meat, have embraced Shōjin Ryōri.

A great number of Shōjin Ryōri dishes are soybean based, including bean curd (tofu) and deep-fried bean curd (abura-age) and seasonings are also made from soy, for example soy sauce and soy bean paste. Miso, a traditional Japanese seasoning typically made by fermenting soybeans with salt and a kind of fungus, also features in Shōjin Ryōri.

Mushrooms, for example shiitake, enoki, eringi and shimeji, and “sea vegetables”, ie seaweed, are also common ingredients. While many broths used in Japanese cooking are fish stock-based, in Shōjin Ryōri vegetarian kombu is used in general.

In spring new vegetable sprouts are used while in summer it is the leaves of vegetables that feature on your plate. Come autumn and you will find many fruits and nuts, especially chestnut, while in winter dishes are based on root vegetables.

Shōjin Ryōri dishes differ from temple to temple and from region to region as the ingredients used very much reflect what vegetables can be found in the mountains and forests nearby.

The Dewa Sanzan Shōjin Ryōri is known for using vegetables found in the nearby Shonai Plain and wild mushrooms and vegetables picked on the slopes of Mount Gassan.

Serving Shōjin Ryōri to pilgrims has a long tradition at the temple lodgings in Toge Village, which lies at the foot of Mount Haguro.

Mount Haguro, Mount Gassan and Mount Yudono are collectively known as the Three Mountains of Dewa (Dewa Sanzan) which have been venerated for centuries as sacred mountains.

The area is known to be a place where Shugendo, a spiritual tradition unique to Japan is still being practiced. Shugendo is based on mountain worship and it incorporates philosophies from esoteric Buddhism, old Shinto and ancient Japanese animism.

Practitioners are colloquially referred to as “yamabushi” (mountain priests). They are expert naturalists who possess an in-depth knowledge of and profound connection with the natural environment and with the spiritual spheres.

Shōjin Ryōri is the mediator that connects their belief with their daily life. 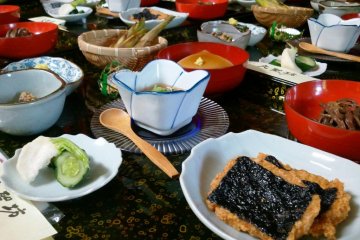 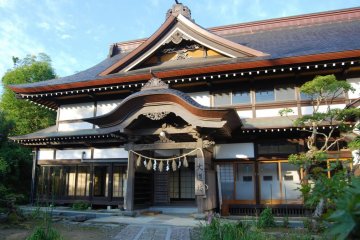 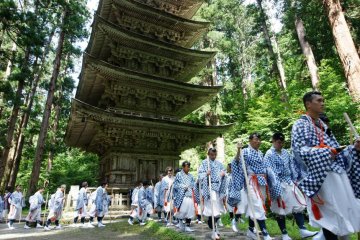 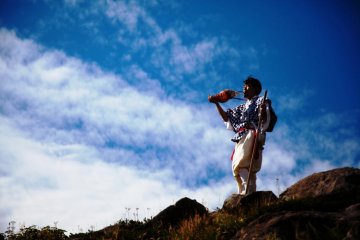 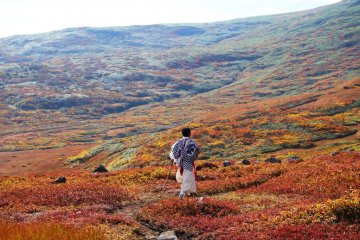 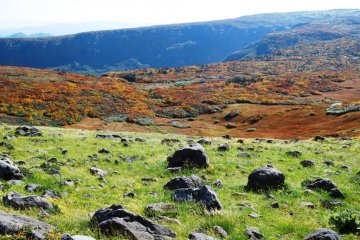 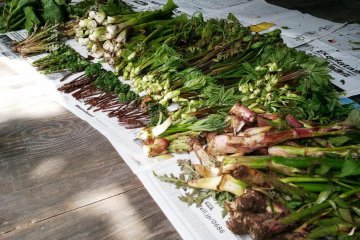 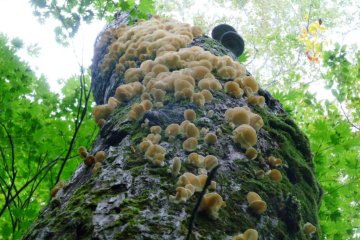 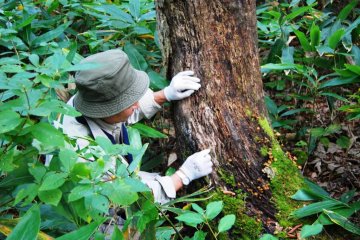 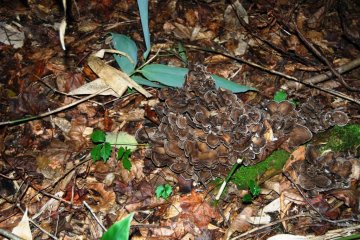 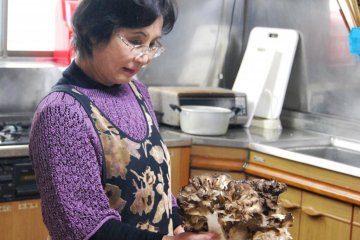 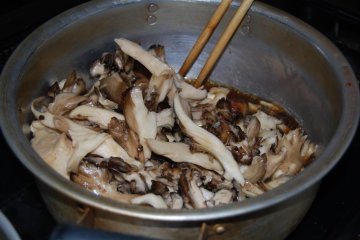 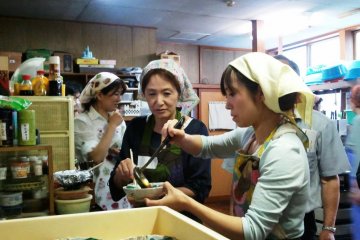 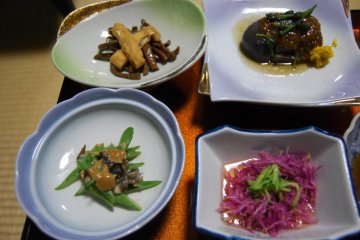 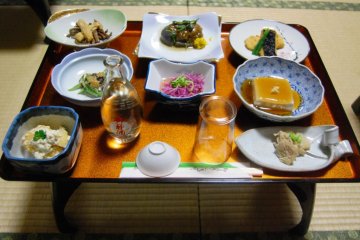 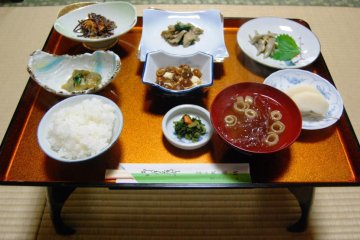