Once a year at the beginning of February a big Noh festival takes place in Kurokawa, a small village in Yamagata Prefecture. The two Noh groups of the village, Kami-za and Shimo-za, perform Noh a whole night long.

There are said to be 200 performers, all male, including kyogen (interlude players) and hayashi (musicians). They are all from Kurokawa village and they range in age from children to the elderly. About 500 households are engaged in Kurokawa Noh in some form or another.

Most of the male inhabitants who live in this village are involved with Noh and the tradition is being passed on from one generation to the next since Japan's Edo Period.

This Noh tradition is so unique that in 1976 Kurokawa Noh became an Intangible Cultural Asset. The uniqueness consists of an ancient style of performances and repertoire in the Kurokawa tradition.

These performers are not professionals but people from the village who have other occupations. However, Noh plays an important part in their lives and preparing the Noh performances is part of their identity of being a member of the Kurokawa community.

The Noh tradition in Kurokawa is closely linked to Kasuga Shrine located in the village. Originally farmers of the village, and also parishioners of Kasuga Shrine, started performing Noh in order to support the shrine. The guardian god of Kurokawa Noh is actually enshrined at Kasuga Shrine and the performances are held in honor of this guardian god.

It might be difficult for foreigners to know what exactly is going but the mysterious atmosphere in the traditional house lit only by candles and the spectacle on stage cast a spell over spectators who keep their eyes fixed on stage, hour after hour, for a whole night long.

Kurokawa Noh is not for people who seek light and fast entertainment of a superficial nature. The performances here go deep and they connect you with a long tradition in this particular community in Yamagata.

You can totally lose yourself in the haunting tunes of the Japanese flute, interspersed with the dong dong of the drums, the strange guttural sounds made by players and their feet stomping on the wooden floor for accent.

In the candlelight borders of reality and play become blurred leaving you with a feeling that you get a glimpse of something you cannot quite describe. Fascinating, memorable and totally worth the struggle to get a ticket

What is Noh theater?

Noh is a form of classical Japanese theater performed on a wooden stage set indoors or outdoors. Performers, all men, wear stylized costumes and elaborate masks and the plays presented are based on famous tales from Japanese history. The typically involve deities, humans, ghosts and demons in a tale set in ancient Japan. Noh traces its origin back to sacred dances performed as part of Shinto rituals and at Kurokawa this link is still strong. There are four types of performers called shite, waki, kyogen and hayashi. Shite is the principal character and waki is shite’s counterpart. These two perform the main Noh plays. Kyogen perform interludes, also called kyogen, between the main Noh plays, and hayashi are the instrumentalists who sit at the side and accompany the plays with flute and drum melodies. There are at least 250 standard plays, which are divided into five categories of plays. Overall, Noh is very ritualized and codified similar to other traditional Japanese arts. ​ 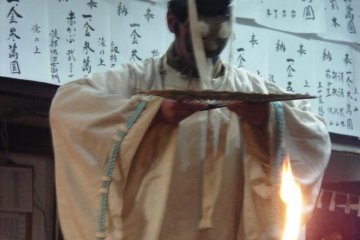 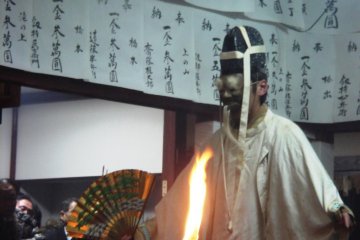 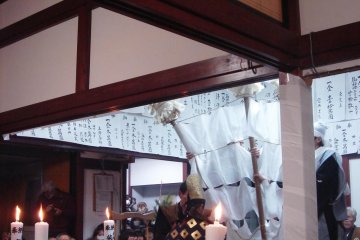 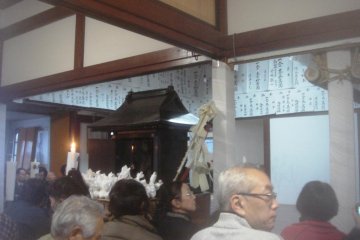 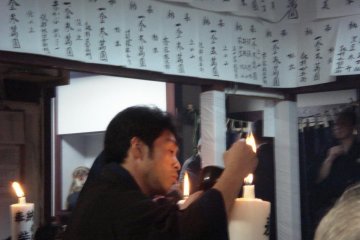 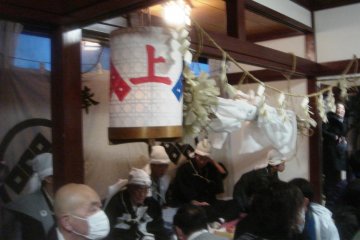 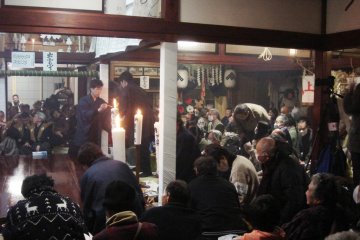 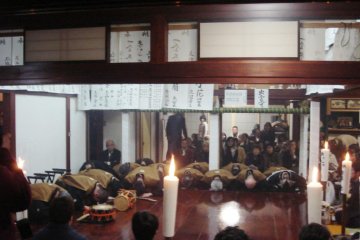 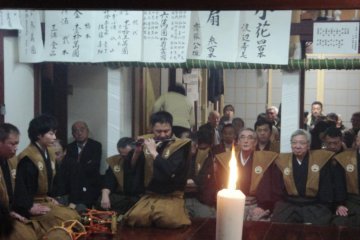 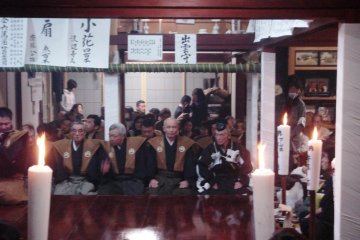 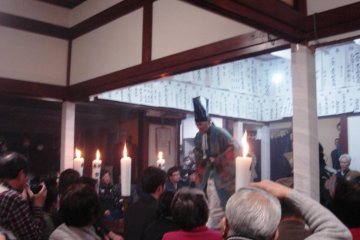 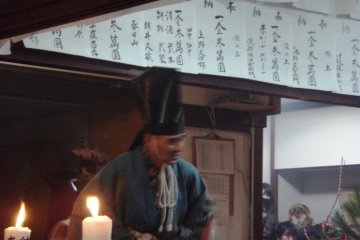 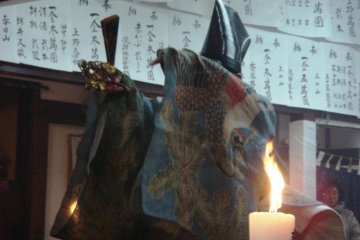 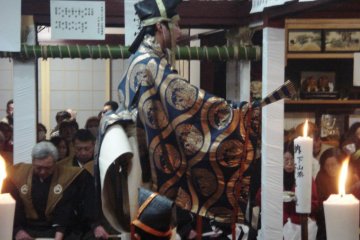 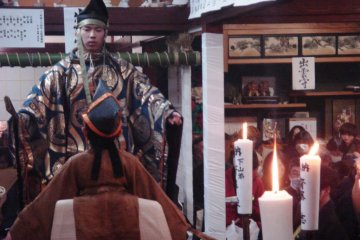 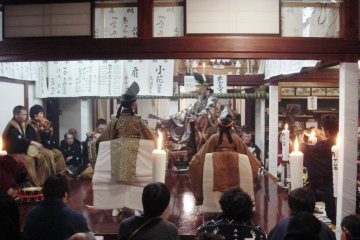 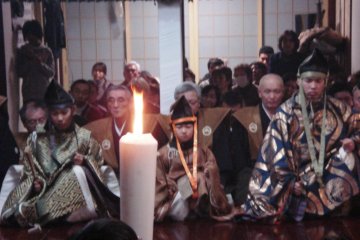 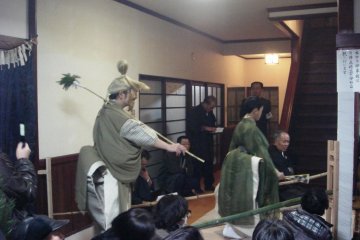