If you ever want to be entertained by some maiko (apprentice geisha) while eating lunch, make your way to Somaro in Sakata City. The best of it - you don’t have to be a VIP or rich at all to get access to this unique experience.

Somaro is a traditional maiko teahouse, which dates back 200 years to when Sakata prospered as port city. The area around Somaro was once a bustling shopping district where all sorts of folks involved in the sea trade splashed out lots of money for nightly pleasures. Rich merchants hung out at Somaro, then called Soma-ya, for the evening and they were dined and wined by Sakata’s beautiful maiko.

In short, Somaro was once the best address for gourmet food and entertainment in town and I have to admit that it still offers an excellent proposition for eating out at lunch time. Not only will you get good Japanese food but you will also have the option of some lunchtime entertainment not easily had elsewhere in Japan.

Somaro’s specialty is “Maiko Boxed Lunch”. You will receive a bento set (boxed lunch) of traditional Japanese food and during the time it takes to savor your lunch you will be entertained by maiko dancing. This will set you back at yen 3,500 only! What’s more, you will be able to observe the maiko dancing quite close-up.

Built during Japan’s Edo Era (1603-1867), the building in traditional Japanese style has been restored to its full splendor. Somaro’s splendid interior exudes wealth and gives you an idea how a geisha house might still look like today. Unfortunately photography is strictly forbidden which probably contributes to keeping the mysteries that surround a geisha house alive.

Somaro still is a teahouse and a maiko training hall. Sakata is lucky to have some girls interested in becoming a geisha. They train hard every day under the guidance of some experienced geisha. When you walk through the building, you might get lucky to catch a glimpse of their training in one of the many rooms in Somaya. Actually the rehearsal hall used to be the kitchen in the old days.

When I visited first, it was in the morning and I had a chance to briefly observe the maiko’s training. Three young women were repeating their dancing routine over and over again, accompanied by the music of a shamisen, and under the watchful eyes of their experienced teacher. The lady teacher would stop them in their pose and correct the movements of their hands or feet and the shamisen player, also an older lady, had to play the same melody many times. Visitors can feel how strenuous the training must be by just watching them for a couple of minutes through a small window.

Sakata is keen to revive the tradition and the Maiko Training Organization is teaching girls who aspire to become a geisha in the traditional skills of dancing, playing the samisen and tea ceremony. While there were about 150 maiko and geisha in Sakata in the 1930s, the tradition had almost died out when Sakata’s citizen decided to do something about it and set up the Maiko Training Organisation. Thanks god they did, as we now have a chance to again admire the graceful movements of the dancing Sakata Maiko and we don’t have to be rich at all to get this privilege! 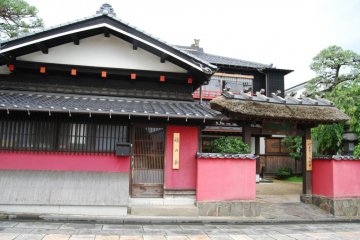 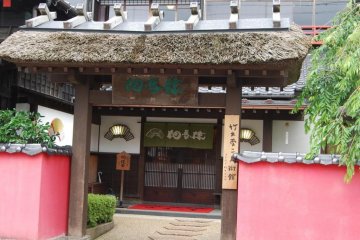 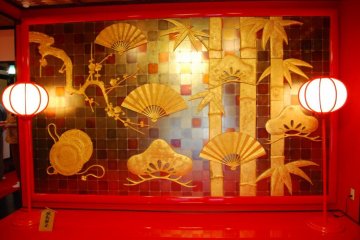