Revered by hikers and nature lovers

Mount Zao is nowadays not the object of worship of any religion like some other mountains in Japan but it is mainly revered by hikers and nature lovers in summer and by skiers and snowboarders in winter.

However, a closer look around in the area gives many clues that once pilgrims and mountain ascetics came to this area to venerate their deities.

In fact, Mt. Zao is not one single mountain but is the collective name of a whole mountain range of volcanic peaks that make up the Zao Quasi-National Park. This national park was designated in 1963 and it comprised of almost 400 square kilometers, stretching across the borders of Yamagata Prefecture into Miyagi Prefecture.

There are three areas – Zao North, Zao Middle and Zao South – but the main hiking area lies in Zao Chuo (Middle Zao) where the Kumano Peak and the Okama Crater Lake can be found.

Symbol of the park is the large Okama Crater Lake. It is also called Goshiki Numa, the Five-Color-Lake, as its waters appear to change color several times during the day. With its 1,000 meters in perimeter, the lake seems like a huge green eye looking out of the otherwise moon-like landscape.

A number of hiking trails lead to the top of the crater and to the Okama Crater Lake. While the lower slopes of the mountain are covered with alpine trees, the ridge is quite barren.

What looks like harmless alpine trees in summer turns into fearsome “snow monsters” in winter once the trees are covered in snow and frozen. Juhyo (“silver thaw”), as they are called by the Japanese, become a major attraction in the colder season when Mount Zao and Zao Onsen come to live as a popular ski resort.

During the warmer season, however, you don’t need to be afraid of monsters. The Zao Sanroku Ropeway takes you across Juhyo Kogen, the highland where the “snow monsters” appear in winter, and it whisks you up to the top of the mountain in no time.

This is the top of Jizo-san, the Jizo Mountain where a large statue of Jizo, the guardian of death spirits and the protector of travelers was set in stone in 1775.

It is said that this statue was erected to protect the souls of those pilgrims who died walking on the mountain at a day and age when the trails were less developed than they are today. I suppose the Jizo also protects those visitors who walk on the Zao slopes today.

Follow the path over Jizo Mountain (1,736m) and Kumano Mountain (1,841m) to Okama crater lake. During hiking season from May to October nature lovers and mountaineers walk up the slopes and they enjoy the wide open space and the alpine flora.

The Zao Sanroku Ropeway is in Zao Onsen, a small onsen resort town. This ropeway runs every day at 15 minute intervals between 8-15pm and the return journey costs yen 1,400.

A bus from Yamagata Station in Yamagata City takes you directly to Zao Onsen bus terminal. The journey takes 40 minutes and costs Yen 840. The Zao Onsen Tourist Information Office is near the bus stop. They have an excellent map of the resort town in English.

You will be spoiled for choice if you decide to stay overnight. There are countless of lodges, pensions and small and big hotels in this resort. Many of them can be found along Juhyo Dori and Takayu Dori, the two main streets in town.

Don’t be surprised to find places like “Lodge Tirol” and “Petite Hotel Sonne” or a restaurant called “Fressgasse” (in German language something line “Munching Alley”), Zao Onsen has a Town Partnership with Tirol in Austria, hence the Austrian touch to some places.

You will be equally spoilt for choice for hotspring baths. There are at least six in the village, two of which are open-air baths. Enquire at the Tourist Office and take your pick!

Find out more about Mount Zao. 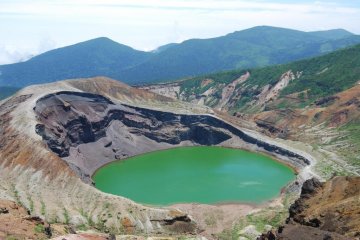 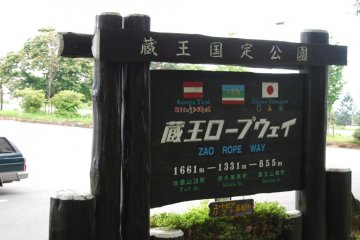 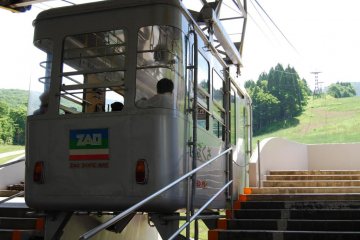 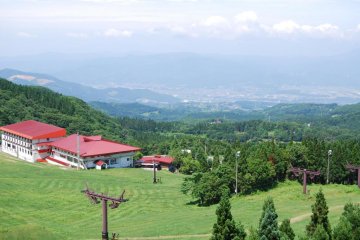 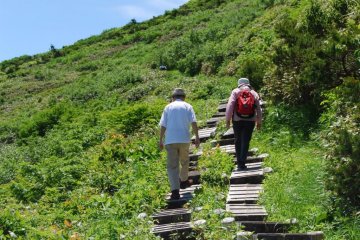 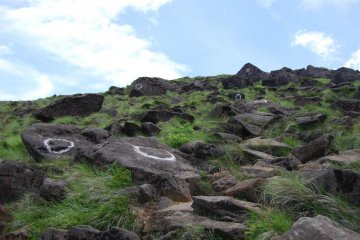 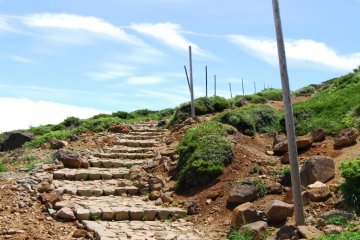 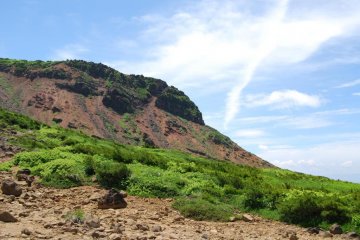 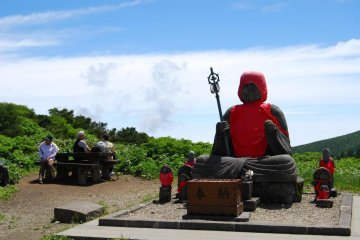