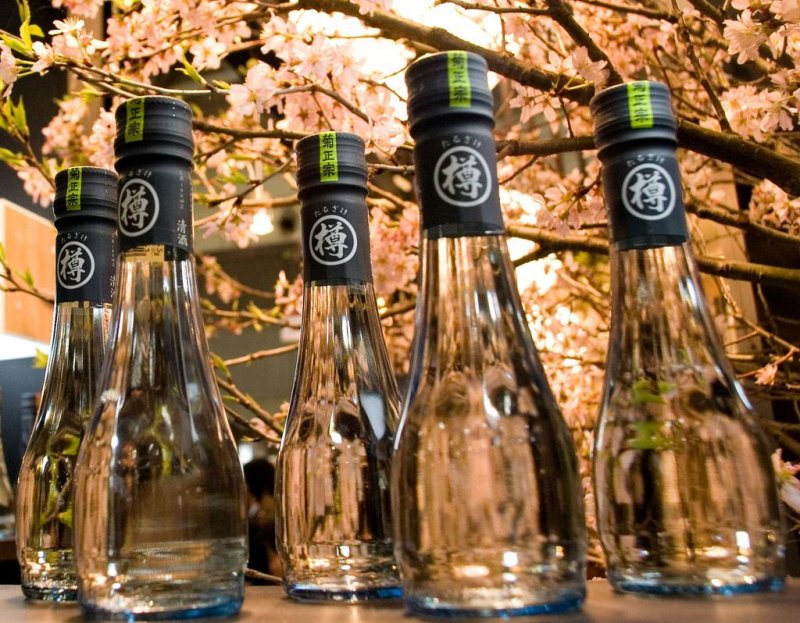 What is FoodEx Japan? You might be asking yourself this right now, and I asked that same question when a friend gave me a ticket to go check it out. Held in March, FoodEx Japan bills itself as the largest food and beverage show in the Asia-Pacific, and while I haven't been to any other food shows, in just two days I only made it through three of the eight halls they offered and popped in to a few others for a quick peek if that is any indication on how big this show is!

I love food and love to cook, but even if you are just someone who enjoys sampling all there is to offer when it comes to tasty morsels you won't be disappointed. I showed up hungry, left stuffed and to be honest slightly buzzed from all the free alcohol.

My absolute favorite vendor was from South Africa where they were showing off their prized vinegars. Upon walking up to their booth I was offered strawberries that had a lavender vinegar poured over them and ground black pepper. I was shocked at how delicious they tasted as I never would have thought to pair those flavors together. What immediately followed was me drinking straight from small shot glasses different vinegars and I couldn't believe how delicious they were. Seeing my excitement the man behind the booth started talking to me more and it turned out he was a retired chef of thirty years and for about twenty minutes he gave me some great advice on how to cook different dishes using vinegar and what to looks for and what to stay away from and truth be told that advice was worth the price of admission!

Located in Chiba at the International Convention Complex, Makuhari Messe venue, exhibitors from over 75 countries gather bringing with them food and culinary delights from around the globe which during my time there set off a senses overload! Spices from India, vinegar from South Africa, beer from Belgium, tequila from Mexico, fresh tuna from the local oceans here in Japan, tea from China, BBQ sauce from America, beef from Australia, cheese from Italy and just about anything else you can imagine. If you can eat or drink it, there is a good chance it will be there. The best part of all of this is you get to sample all of it for free with the price of admission which is JPY 5,000, and I probably drank that much in tequila alone with one particular Mexican vendor being very generous on refills of their most premium offering.

As I walked to the various vendors organized by country tasting their offerings I felt like I had gone on an around the world food safari all in the span of a few days, and I can't think of anywhere else where such a feat can be accomplished.