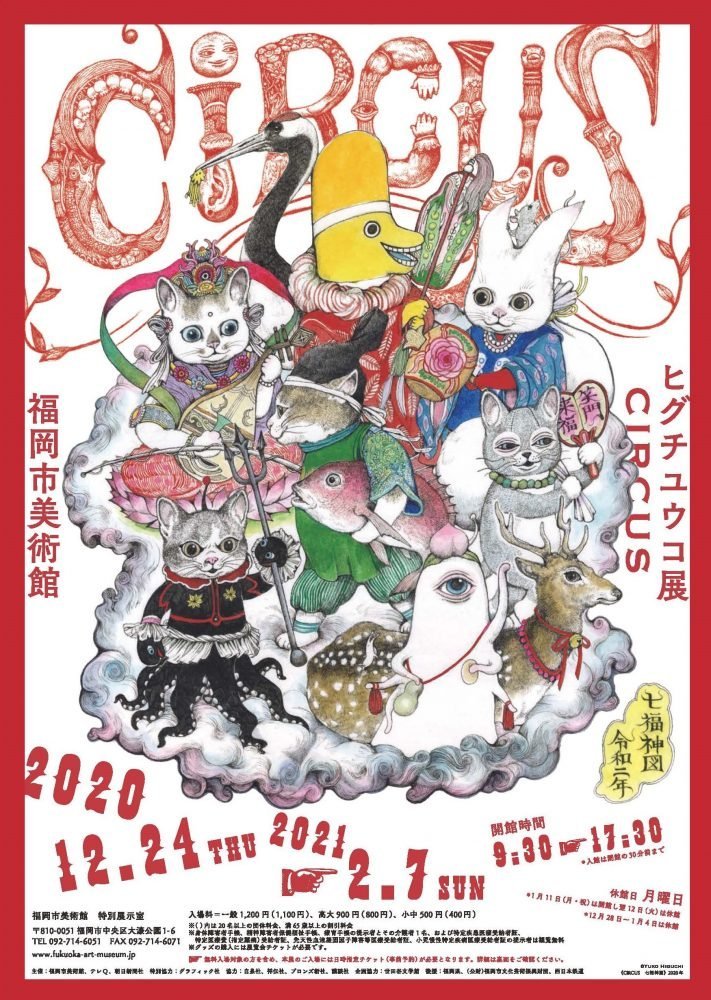 A special exhibition at the Fukuoka Art Museum

A special exhibition scheduled at the Fukuoka Art Museum will look into the work of Yuko Higuchi, a painter and picture book illustrator who has also collaborated with various well-known brands including Gucci. The exhibition will showcase around 500 of Higuchi's whimsical works which have been created over a 20 year timeframe - they manage to blur the lines between fantasy and reality.

The Fukuoka Art Museum is located approximately 10 minutes on foot from Ohori Park Station - the closest exits are either number 3 or 6. The station is served by the Fukuoka City Subway's Kuko Line.

For those who plan to drive, the museum has a dedicated paid parking lot which is charged at 200 yen per hour. There are only 26 spaces, however, so public transport is advised when possible.