A small dip into history

Seated as it is at the base of the beautiful Okutama Mountains, tiny Mizuho Town is a nature lover's heaven. Surrounded by plenty of green space, the town is not particularly known for its museum and gallery culture, though it does have a small museum and historical building for anyone with the curiosity to check it out. Here is a simple introduction to the museum locations of Mizuho Town and how to reach them.

Part of a community centre that works as an educational facility, the Mizuho Local Museum goes by the nickname of the zelkova tree museum, or Keyaki-kan in Japanese. The centre promotes the town's history and culture as well as supporting local tourism and community art. Numerous exhibitions have been held over the years with displays of local rail history, the natural world and traditional arts and crafts. The centre has a modern feel to it and with plenty of space, both inside and out, visitors can be forgiven for wondering whether or not they really are still in Tokyo.

A 15-minute walk from Hakonegasaki Station on the JR Hachiko Line.

A nostalgic blast for many long term residents, the Old Sayama Memorial House is a two-storey wooden building that once served as the area's town hall. The area was once part of Saitama Prefecture, with the building serving as the village meeting hall of the time, before being merged into what is now Mizuho Town. After a restoration process in 1990, the building now reveals the history and heritage of the through its use as a multi-purpose facility, including acting as a small library space, a meeting place for the town and even as a tea house.

A 10-minute ride from Hakonegasaki Station on the JR Hachiko Line. 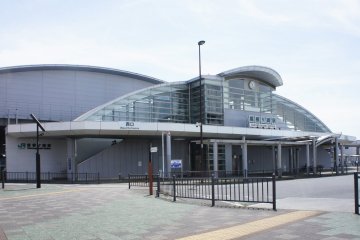