The Four Prefectures of Shikoku

A quick look at the Shikoku region

One of the nation's main islands, the region of Shikoku is traditional Japan defined by its natural history and cultural heritage. Sparsely populated, the region's stunningly dramatic landscapes intertwine with pilgrims from around the world who gather here to seek spiritual succour along the famed Shikoku Pilgrimage route. Mountains, rivers and oceans attract outdoor enthusiasts, while traditional dance festivals, modern art and feudal buildings only add to the appeal. Here is a simple guide to each of the four prefectures of Shikoku.

Ehime Prefecture's scenic Seto Inland Sea location is highlighted by the Shimanami Kaido connecting it to the mainland. Its rugged interior, featuring western Japan's highest peak in Mt. Ishizuchi, is also home to a third of the famous Shikoku Pilgrimage temples. Japan's oldest hot spring, Dogo Onsen, can be found here along with the idyllic terraced rice fields of Izumidani and Mizuga-ura. Ehime is also home to some of the nation's oldest original castles like Matsuyama and Uwajima.

Ehime is connected to Tokyo via Haneda and Narita Airports or the JR Tokaido-Sanyo Shinkansen to Okayama and from there the Limited Express Shiokaze.

The nation's smallest prefecture, Kagawa Prefecture is a bold expression of the spiritual and the creative. Over a quarter of all of the Shikoku Pilgrimage’s temples can be found here, including the 88th and final one, while Naoshima, with its ocean vistas and landscapes, is internationally recognised as an island of modern art. Kagawa's sanuki udon noodles are now beloved by the nation and overlooking the city atop its massive handmade bulwark is Marugame Castle, one of Japan's original.

Kagawa is connected to Tokyo via Haneda Airport or the JR Tokaido-Sanyo Shinkansen to Okayama and from there the JR Kaisoku Marine Liner.

With its rugged mountains and jagged coastline, Kochi Prefecture is known as the 'testing ground' for pilgrims along the Shikoku Pilgrimage. Its Kochi Castle is one of Japan's original castles while another original is Shimanto River, with water so pure, it is said to be the country's last 'fresh stream'. A touch of natural innovation can be found in places Yusuhara while the revolutionary spirit that saw Sakamoto Ryoma help end the Edo period is said to have begun at Katsurahama Beach.

Kochi is connected to Tokyo via Haneda and Narita Airports or the JR Tokaido-Sanyo Shinkansen to Okayama and from there the JR Nanpu limited express.

With its rugged interior and spectacular coastal waters, Tokushima Prefecture is a prefecture like no other. The almost other worldly Iya Valley with its vine rope bridges and isolated nature, is a dramatic contrast to the power of the whirlpools of Naruto. Its famous 4-day Awa Odori traditional dance festival, with an attendance of over one million people, is contrasted with the prefecture being the start of the Shikoku Pilgrimage.

Tokushima is connected to Tokyo via Haneda and Narita Airports or the JR Tokaido-Sanyo Shinkansen to Okayama and from there the JR Kaisoku Marine Liner to Takamatsu and then the Uzushio Express. 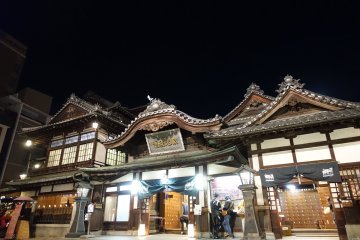 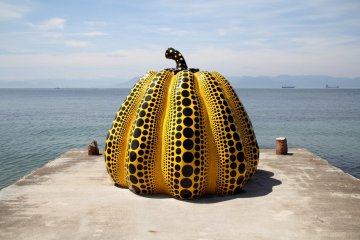 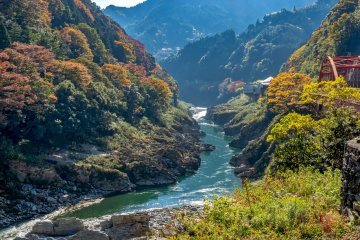