The beach at sunset: where else would you rather be? (Photo: Todd Wojnowski)

Sun, sand, and surf only a short trip from Tokyo

Escaping the oven that is a Tokyo summer isn’t a yes-or-no decision, it’s only a matter of “Where to?” and “How soon?”

Kugenuma Beach, on the southern shores of Kanagawa Prefecture, is your answer to the first question. Just over an hour away from Shinjuku, it is perhaps the most popular and easily-accessible beach from Tokyo. It has a very chilled-out, relaxed vibe that is synonymous with the “Shonan Lifestyle” of the area. It stretches from the beautiful Enoshima Island westward, covering a large stretch of sandy fun. (There is some uncertainty regarding where “Kugenuma Beach” ends what is technically the next beach begins, or whether they are separate entities at all, but let's go with "Kugenuma Beach" here for simplicity’s sake.)

Kugenuma Beach is abuzz with a younger crowd. Blankets, umbrellas and even tents are spread as far as the eye can see, and the scene is alive with laughing, drinking and music. During the summer, temporary beach huts are constructed all along the beach, some housing restaurants, others bars, and some even dance clubs towards nighttime.

The surfing area is on the western end, closer to Kugenuma Kaigan Station. Kugenuma is a popular place for surfers, and many think of it as the top spot in the Shonan area. The best season is mid-late summer, when typhoons start appearing along the coast. The entire beach area is very surfer-friendly, and there are many rental shops and surf schools lining the streets nearby. Lifeguards are on duty during July and August.

In terms of amenities, Kugenuma Beach has a lot to offer. The western end of the beach has over 10 beach volleyball courts set up that can be used for free. Nearby, there is a shower station with 4-minute hot-water showers available for 400 yen, and a free foot-wash station. Lockers, umbrellas, beach toys and lounge chairs are available for rental up and down the beach. There is a grassy BBQ area just behind the sand available for setting up a grill, or even a tent with tables and chairs if you so choose.

The main road that runs alongside the beach is Route 134, which has a beach town-like atmosphere. There are many attractions nearby, from bowling alleys to hotels to the famous Enoshima Aquarium. There are restaurants aplenty, including major chains and some unique beachside offerings, and more than a few Hawaiian places.

Those looking for pristine beaches that compare to the world’s best need not bother here. Those who avoid Kugenuma like the plague cite its overcrowding (unavoidable in the summer months, but it’s never been a problem finding enough space to throw a Frisbee) and lack of crystal clear water. But for those looking for good time with sun, sand, and surf? Come on down. 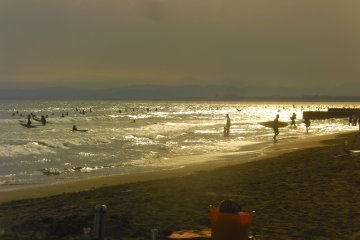 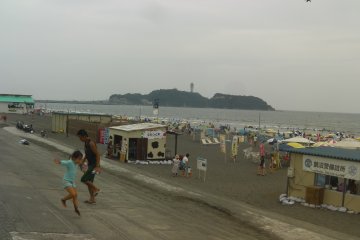 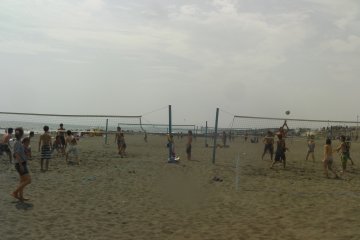 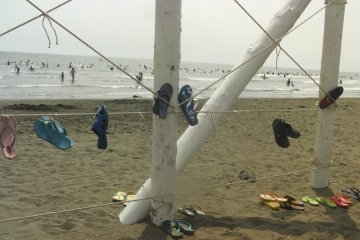 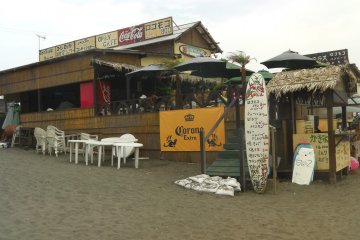 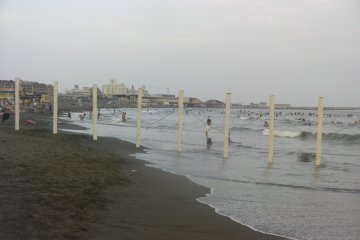 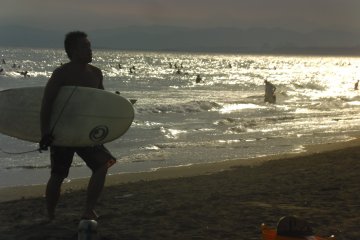 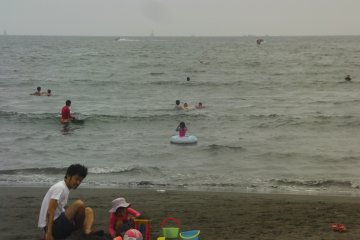 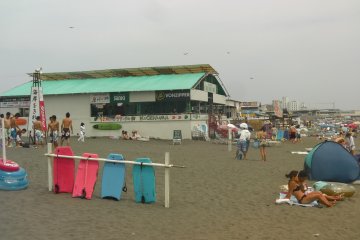 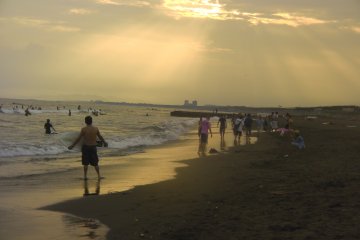 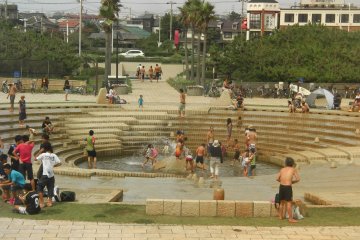 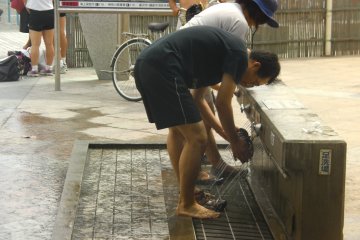 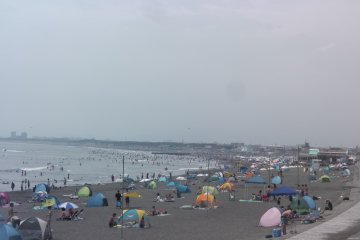