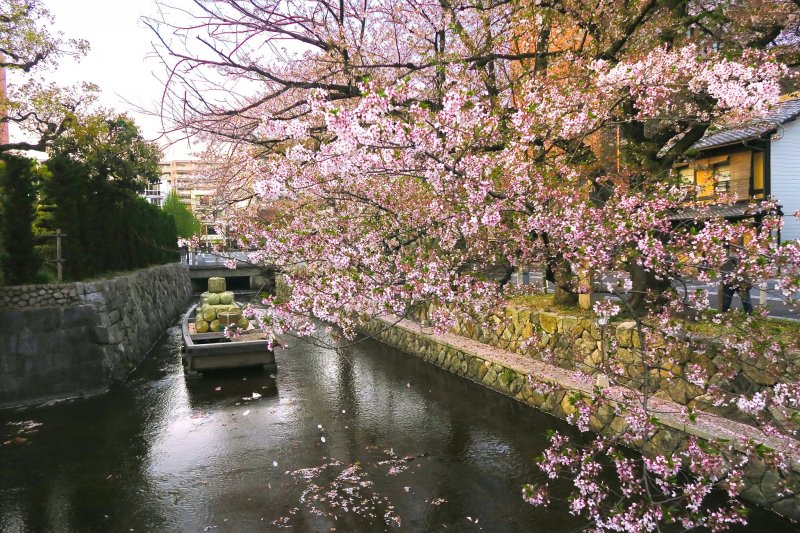 How well do you really know this famous tourist area? 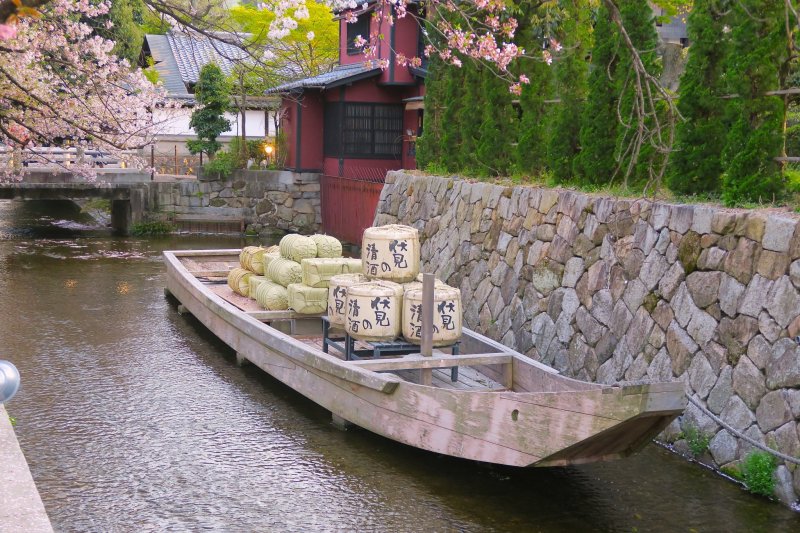 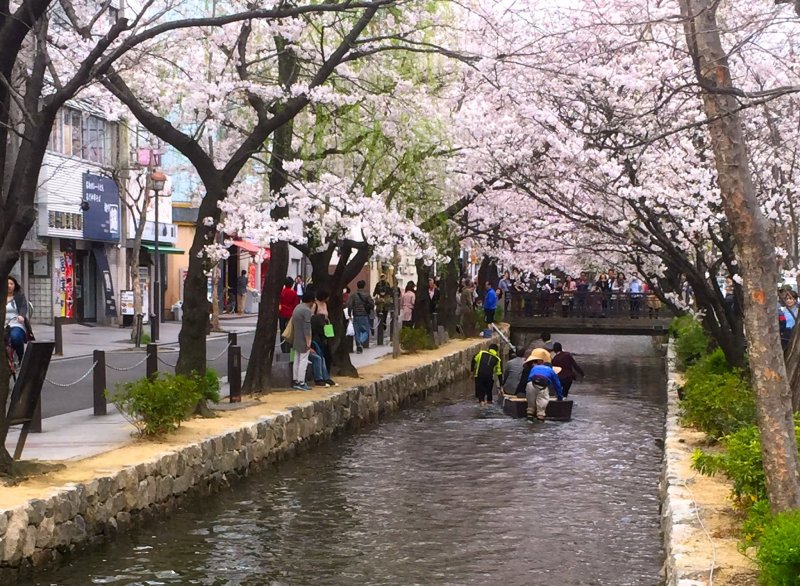 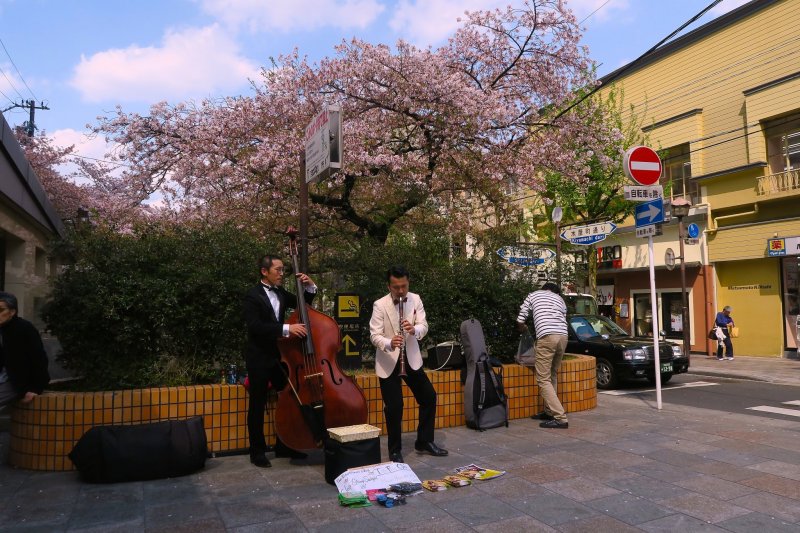 Street musicians in Kiyamachi are very common. Jazz and swing suited up performers? Not so much 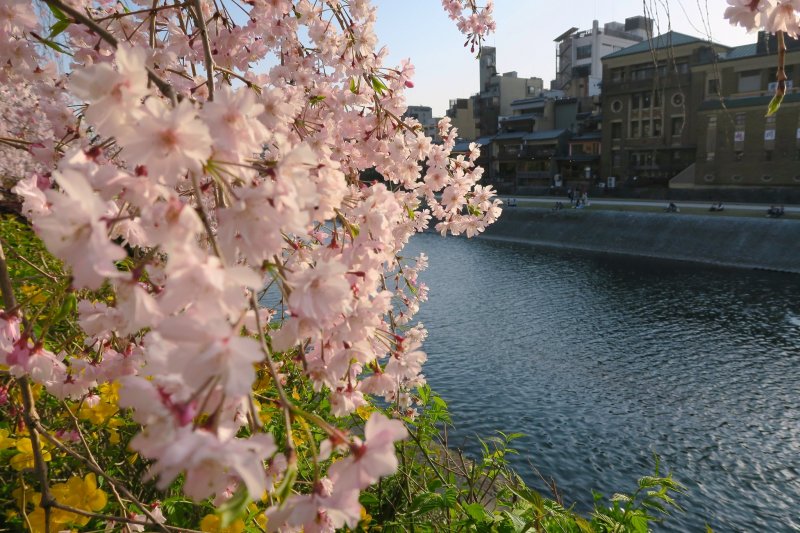 Looking for a picnic spot? 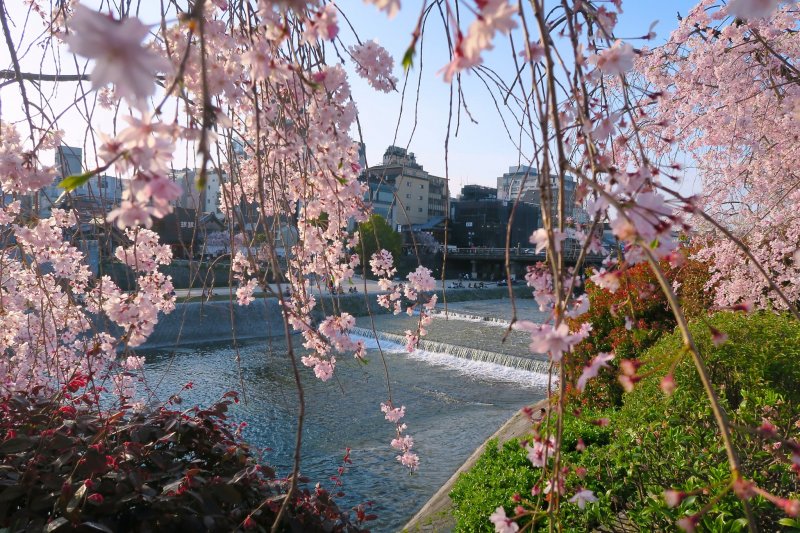 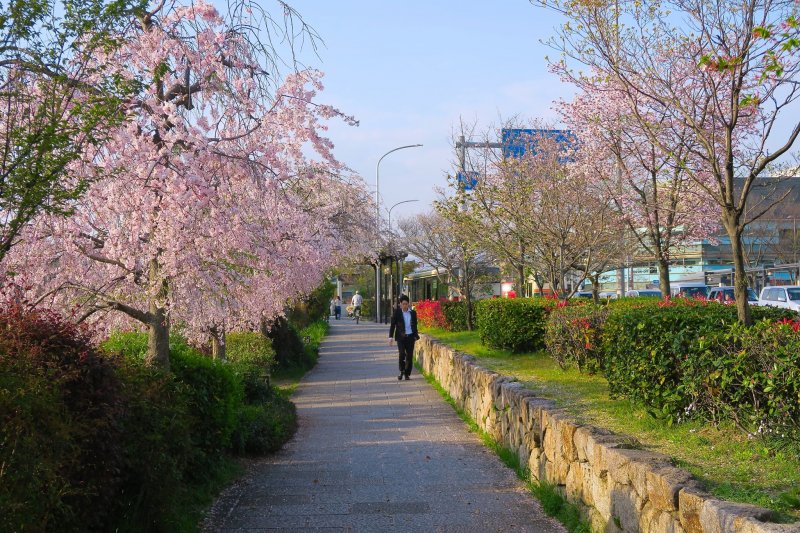 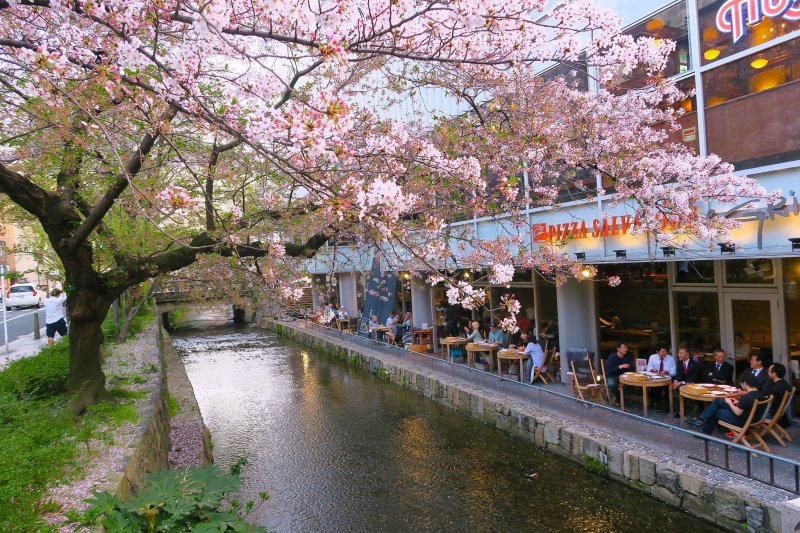 Pink is the new black 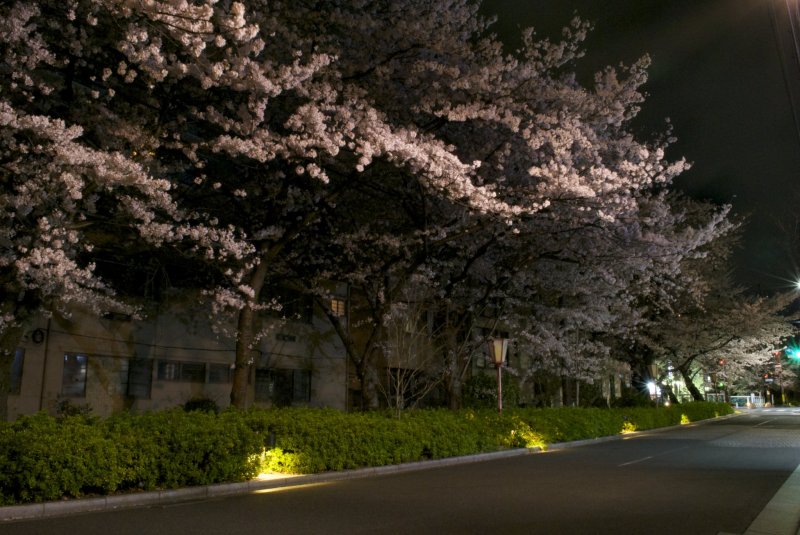 Some of the most beautiful cherry trees in Kyoto 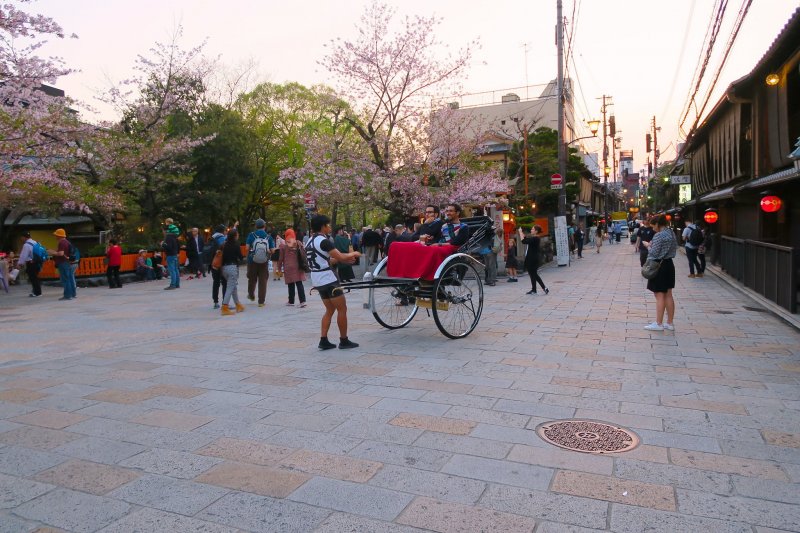 Gion Shirakawa is a short walk a 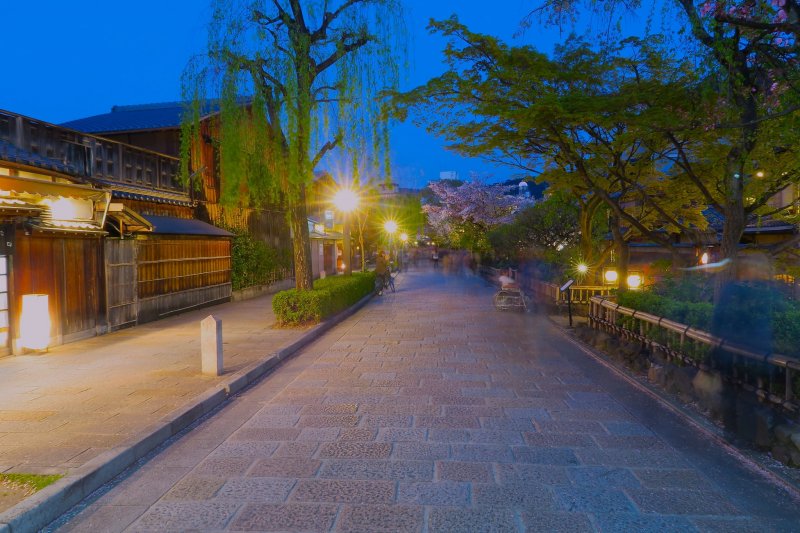 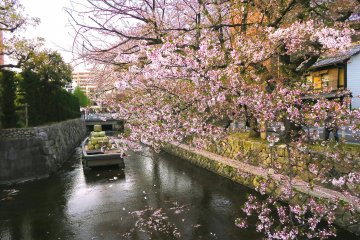 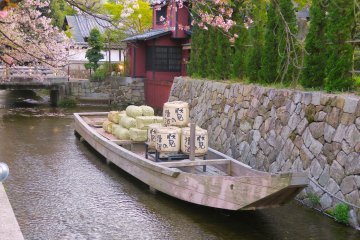 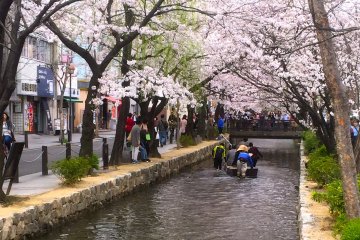 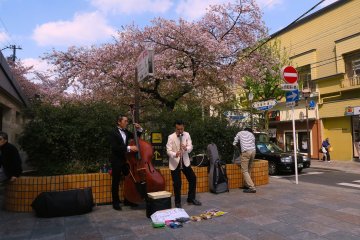 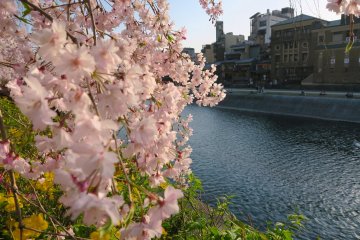 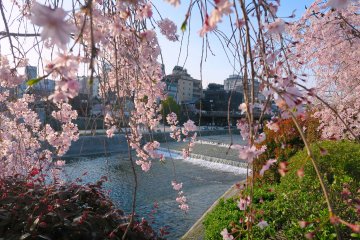 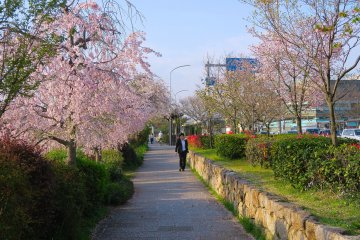 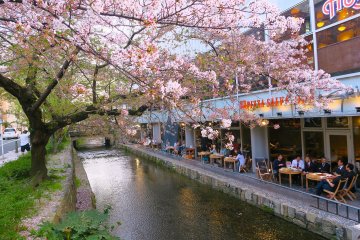 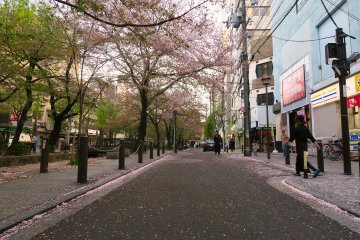 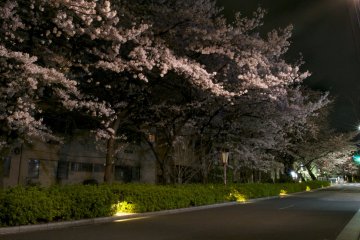 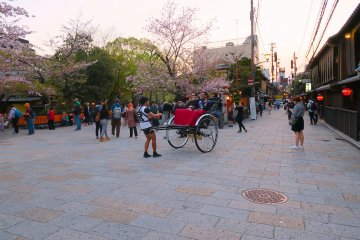 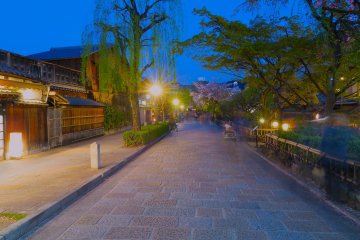 Kiyamachi is one of the most popular areas in Kyoto. However, there is much that goes unseen.

Kiyamachi street is a small area surrounded by a number of iconic landmarks, including Yasaka shrine and Maruyama Park. The street itself is very popular for its night life, framed by dozens of traditional stores and restaurants.

I myself don't particularly like locations that are excessively crowded, as it takes away from the allure of the places themselves. Instead I prefer looking for less-visited areas, or, better still, finding lesser known spots hiding in plain sight among popular landmarks. That's why I took it upon myself to go to Kiyamachi and look for such places. Here are some pictures I took just a few minutes’ walk from the most crowded spots. The only exception was Gion Shirakawa which was very crowded, but it was so beautiful that I couldn't help posting some pictures. If you journey there at night, it'll feel like being transported back in time with the absence of crowds.

I recommend making your own way, but here are some suggestions to help you get your bearings.

From Kawaramachi station (Hankyu Line), the closest exits are 1-A or 1-B, while from Gion-Shijo station (Keihan Line), you need to head west on the bridge, and will arrive within 3 minutes.  Once you at Kiyamachi, the walk north will take you to Takasegawa Ichino Funairi. On the hand, the walk south will afford views of cherry blossoms in April, as well as quiet spots to sit and relax by the river.

To reach Gion Shirakawa from Gion-Shijo station, walk north for about 5 minutes and then east. I recommend a visit in the evening for a more immersive experience.