Although not the capital of Mie Prefecture, Yokkaichi City is the most populous city, boasting some 314,393 (2010 census figures). The city of Yokkaichi in Mie Prefecture received it’s name from having been a market town, developed during the Azuchi- Momoyama Period (circa 1568-1603). In those days, a regular market was staged at the port on the 4th, 14th and 24th of every month, hence the name became roughly “The market on the 4th day”, Yokkaichi.

During the Edo period, Yokkaichi served as the intersection of the Tokaido and the Ise Sango Kaido, the road used by pilgrims on their way to the Great Shrine of Ise. Yokkaichi-Juku as the post town was known, became the 43rd of the 53 stations along the major Tokaido route, and was immortalized in the woodblock print series by Ando Hiroshige in his 1830’s series of prints depicting the various stages along the road.

During the Meiji Period, Yokkaichi rapidly advanced, being designated an Official International Port in 1899 just 30 years after Japan’s opening up to the west following 250 years of self imposed isolation. This was mostly due to the efforts of a local merchant, Inaba Sanuemon who led the modernization of the ports facilities. Seed oil, Banko ware ceramics and tea were the original items shipped out of Yokkaichi, which has gone on to include textiles including wool and cotton, as well as machinery, automobiles and heavy equipment.

Tourism wise, Yokkaichi is a little hard up for attractions, although the cities annual ghost and goblin themed festival held in August manages to draw a large crowd. (Incidentally, the similar sounding word “Yokkai” is used to mean ghosts, goblins and things that go bump in the night.) Other popular spots are the 14 story high Yokkaiichi Port Building, complete with a lookout platform and restaurant providing a fine view over the port and city. There’s the Australia Memorial Pavilion, celebrating the sister port relationship with Sydney Port, and consisting of the former Australian Pavilion from the 1970 World EXPO Osaka, which also features the giant platypus from the 2005 World EXPO staged on the outskirts of nearby Nagoya. There is an old merchants home dating from the 1700’s and other smaller attractions including museums, temples and shrines for you to visit.

Having a long history means that you won’t be surprised if you meet up with a ghost or two from the past. 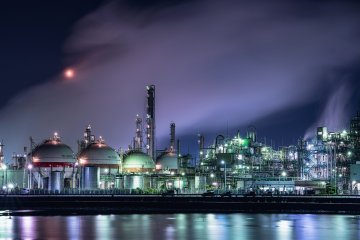 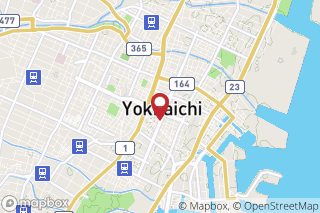