Kamikochi and the Japan Alps

Mountaineering as a leisure activity in Japan began when Westerners first came here and started climbing. Before then, climbing mountains was a religious activity done mainly by priests. Woodcutters and hunters also worked in the mountains. But even for them, climbing retained a religious aspect. They put shrines along the mountain paths to give thanks to the Gods, and offered up their prayers constantly.

Around 1880, Western people began traveling around Japan. An Anglican missionary, Walter Weston (1861-1940), climbed Mt. Fuji seven times, the Japanese Alps four times, and he also left his footprints at Mt. Yatsugatake, Myoko, Togakushi, Kinpozan, Myogi, Asama, and Nikko’s Nantai. Although Weston was an experienced climber of the European Alps, he was fascinated by the Japanese mountains. Not only because of the difficulty level, but he was also surprised to find that every mountain already had a small shrine at the top!

The Japanese Alps is composed of the Hida (Nothern), Kiso (Central), and Akaishi (Southern) mountain ranges. Weston left full records about his explorations of these mountains (He penned “Mountaineering and Exploration in the Japanese Alps”, and “Japan”). He also gave speeches around Europe in which he introduced the Japanese Alps.

In 1893, Weston went up Mt. Hodaka (Mt. Mae-Hodaka, 3090m), which was believed to be the highest mountain in the Northern Alps at that time. The guide was Kamijo Kamonji, a famous legendary hunter in Kamikochi. Kamonji started hunting at age 14. He knew everything about Kamikochi and took this approach to surviving in the mountains: “I will ask the mountain if I have a question. It is the best thing I can do.”

Weston wrote about his Mt. Hodaka (Mt. Mae-hodaka) mountaineering experience. I can feel his excitement and feeling of adventure:

With the broad white pebbly bed of the Azusagawa sweeping round its southern foot, the tall form of Hodakayama (known also as Hodakadake) rises before us face to face. The highest granite peak in Japan, 10,150 feet above the sea, its towers and pinnacles, that spring from ridges seamed with snow, give it its picturesque name, 'the mountain of the standing ears of corn.' Northwards a great arête connects it with Yarigatake, whose monolithic peak is yet hidden by intervening wooded heights, but as we descend a little to the left a fine view greets us of the pyramid of Jonendake standing due north of our pass and separated from it by Chogadake and Nabekamuriyama.

Nineteen years later, Weston completed his second successful ascent of Mt. Hodaka (This time, Oku-Hodaka), guided by Kamonji. As a result of new precise measurements, Mt. Oku-Hodaka had been newly confirmed as the highest mountain in the Northern Alps. During his staying in Kamikochi, he and Kamonji had a great time. He wrote in his diary that he was very happy to talk with him about the good old days. The following year, he went to Mt. Yari (3180m), Yakedake (2455), and Oku-Hodaka again (3190m). During these times, he was accompanied by his wife, Emily Frances. She was the first woman to ever reach the summit of Mt. Yari and Mt. Oku-Hodaka. Weston also wrote that Kamonji was excited and delighted from the bottom of his heart​ with her accomplishments. On their way back to Kamikochi, Weston discovered some blackcurrants. The fragrance and the taste of a nice mixture of sweet and sour reminded him of the day that he and Kamonji had made their first successful ascent of Mt. Hodaka 20 years before.

His Stays in Japan

Walter Weston (1861-1940) was born in Derby, England, and graduated from Clare Collage, Cambridge, in 1883. He received an MA in 1887. Weston visited Japan as a missionary in 1888 and worked at Kumamoto, Kobe, and Yokohama over the years. He lived in Japan at three different times, for a total of 13 years.

On the first Sunday of June every year, the Weston Festival is held in Kamikochi to commemorate his contribution to modern mountaineering in Japan.

In 1894, Weston climbed Mt. Ontake, (the volcano that erupted this year, 2014). On his way back to his home in Kobe, he stopped by Hakone and had lunch and tea with foremost British Japanologist, Basil Hall Chamberlain (1850-1935). Chamberlain suggested that Weston keep an ongoing record of his explorations and experiences in Japan.

In 1914, while Weston was climbing Mt. Fuji, a powerful typhoon struck and caused heavy damage throughout Japan. Weston wrote that the road toward Ashinoyu in Hakone had also suffered heavy damage, and so he was stuck at Kowakudani. But the owner of the Fujiya Hotel (and friend of Chamberlin) Mr. Yamaguchi (he was also the second son of the founder of the Nikko Kanaya Hotel) kindly sent him a hotel staff member with a lantern who then led Weston safely down to the Fujiya Hotel.

Fortunately, Weston didn’t experience any of the horrible natural disasters of that era (including volcanic eruptions and earthquakes) during his stay in Japan. The huge eruption of Mt. Yakedake, which led to the formation of Taisho-ike Pond, occurred in 1915, the same year Weston left Japan. And the Great Kanto Earthquake occurred in 1923, eight years after he had returned to England.

Weston worked as a clergyman at Yokohama Christ Church from 1911 to 1915. The church was a really beautiful Victorian Gothic building designed by British architect, Josiah Conder (1852-1920). During the earthquake of 1923, the building was completely destroyed. 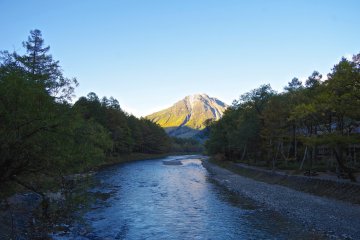 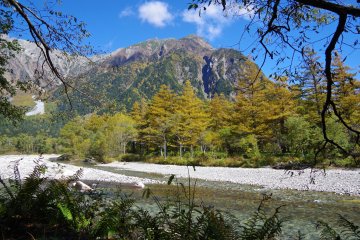 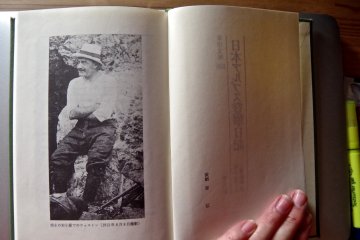 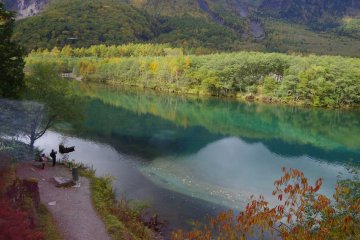 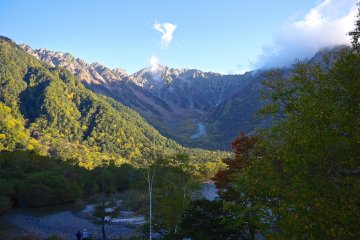 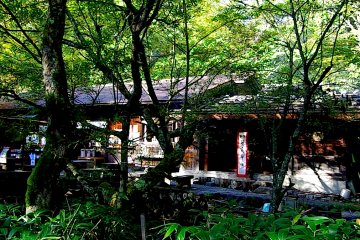 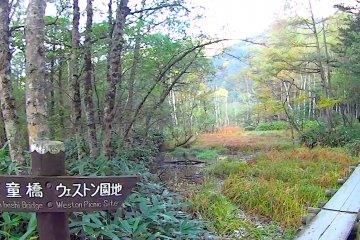 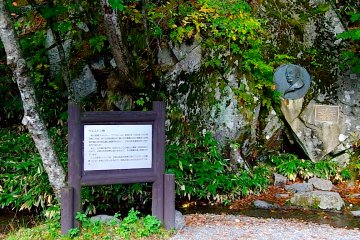