A retro ride in the heart of rural Tohoku

Without a doubt, the Japanese love trains and it is not uncommon to see them taking pictures of the train from the platform. They also like unique train experiences, you only have to think of the Shinkansen with the Evangelion or Hello Kitty decorations to realize how modern, fast and unique they are. However, Japan is a country of contrast and today I invite you to go back in time to the Taishō era (1912–1926) and live a retro experience on board of the Ban’etsu Monogatari train between Niitsu, Niigata prefecture and Aizuwakamatsu, Fukushima prefecture.

Inaugurated in 1999, the Ban'etsu Monogatari run on Saturday and Sunday and takes you to Aizuwakamatsu in the morning and back to Niitsu in the afternoon. What is special with this ride is that it uses a steam locomotive (SL) or a diesel locomotive (DL) during maintenance periods. Even though it does not stop at every station, it takes three hours and thirty minutes to complete the journey, while a local train would take two hours and thirty minutes. The train is operated by JR and is covered by the JR Pass, but all seats are reserved. I got my ticket the same morning at Niitsu station, but it might be safer to reserve it earlier at any JR ticket office. especially if you plan to board the train at a station other than Niitsu and Aizuwakamatsu, as some of the other stations are unmanned. It is part of the Joyful Train lineup operated by JR East.

On the platform at Niitsu station, we can already feel that something special is going on. It is bustling with activity, from the pop up stalls that sell bento boxes and souvenirs, to the unusual number of people taking pictures, many of them who are clearly train enthusiasts. This is obviously not a regular train, with the first car having a playroom for kids, the fourth car with panoramic windows and the fifth having a small souvenir shop. The interior with its a retro look with the red fabric seats and the wood finish adds to the excitement.

See inside with Street View

During the trip, staff members handed out commemorative flyers and a magnet. There was also a game to get a mobile phone strap and the winner was decided in a fierce competition of jan-ken-pon (rock paper scissor). The train conductor also walk through the carriages and great every passenger.

I spoke with a couple that was in the seat across the aisle. From Niigata, it was their fourth time on this trip. The charming ride and the slow pace allow them to appreciate the time spent together, to share a drink and look at the wonderful scenery. You can board the train or get off at any of the stopping stations on the way, opening up options like Sakihana if you want to stop for the night at Sakihana onsen and Kitakata if you want to try the famous Kitakata ramen or local sake.

If you have some time to spare to complete this part of your travel, I warmly invite you to take the Ban'etsu Monogatari train, then you might understand what the Japanese people like about the retro side of the Taishō era.

Note: at the time of writing this article, the train is not running as it is under maintenance, but the service will resume from 27th July 2019, check the official webpage to see the status – the Japanese page has the latest calendar.

From Tokyo, you can reach Niigata station using the Joetsu Shinkansen. Niitsu station is a 20 minutes ride from Niigata on the Shin-etsu line. If you only want to do the travel one way to Niigata, you can use the Tohoku-Hokkaido Shinkansen to Koriyama, then the Ban-Etsusai line to Aizuwakamatsu. 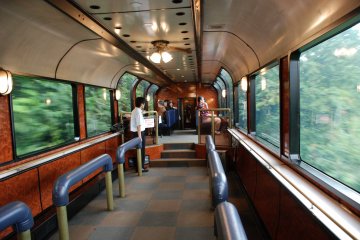 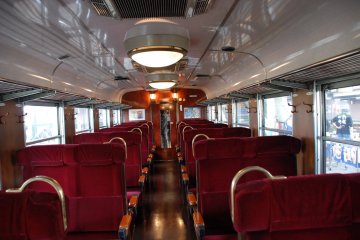 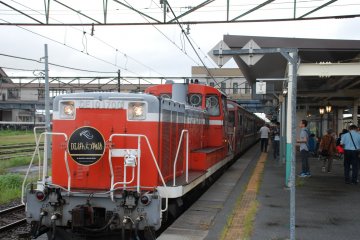 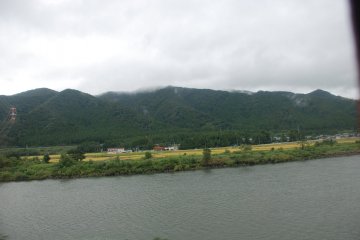