A stellar lineup against the backdrop of muddy weather

It always seems to be de rigeur for music festival aficionados to assemble Spotify playlists, memorise lyrics, and get into prime lyrical knowledge before the start of any music festival—probably the fear of ignorance (e.g. forgetting lyrics halfway) has driven people to do so—a wisdom imparted to me, with the promise of enjoying Fuji Rock in its entirety if I did. The trick was to narrow down a few artists that I know I'd enjoy, and to 'discover' the rest.

It's 1pm on a Friday and the region around Naeba Ski Resort is pouring rain – not ideal festival weather, considering that half the crowd are camping in the region. However, a quick scan of the crowd made me realise how well prepared they were for this weather and how underprepared I was. Wellingtons, hiking boots and sturdy-looking rainproof gear seemed to be the predominant choice. Me? Just a pair of sneakers and a windbreaker – not my smartest move.

This year's festival layout followed the success of last year's 20th anniversary iteration (and perhaps for the few years that Naeba played home too), but that didn't make it any less boring: the lineup of artists this year was pretty stellar (Gorillaz! JET! Bjork!). Furthermore, the way that each location was set up meant that at every corner of the festival, there was bratwursts and beer available to go along with the festival. Really, not too shabby at all.

The XX was the first major act and crowd pleaser. This English indie trio from London had just rocked a show in Singapore and made their way to Niigata for their Japan fans. It's almost as if they knew, on cue, what songs made their fans tick: warming up the already excited crowd with Intro and Crystallised, then mixing it up with fast, crowd-engaging beats (Say Something Loving), then moving to slower, more introspective pieces (Performance, Angels). There was a certain tenderness to their music that cuts to your core, as they sung each word with sincerity – probably the reason why they've become such a cult favourite worldwide.

Other stellar lineups for the festival included Gorillaz and JET, two bands made famous since their Apple iPod commercial days. The former was of the festival’s buzzwords this year – who could forget their soaring popularity back when Demon Dayz was released, and also on the rise of a comeback with their latest offering Humanz. Even if they did not play what is probably the most quintessential Gorillaz tune (Feel Good Inc), they still did charm the crowd with tracks from both albums, including Clint Eastwood. JET was clearly also a crowd-pleaser, serenading the crowd with Look What You’ve Done on one hand, and getting them adequately rowdy on Are You Gonna Be My Girl.

Fuji is also a great place to walk around and discover great bands that you can't believe you haven't heard before – in this year's iteration was Chronixx, a Jamaican reggae band reminiscent of Toots and the Maytals, the country's most famous reggae export, but with a couple of electronic beats infused in his tunes. It also saw the discovery of Death Grips on my part, an experimental hip-hop band that infuses aggressive rapping of their lyrics - which prompted a couple of mosh pits formed at the front. Again, an unexpected experience on my part and scaring the living daylights out of me.

Shinichi Osawa, also known by his stage name as Mondo Grosso, was one of the most anticipated Japanese acts this year. Having just released a new album in 14 years, their Fuji Rock performance saw a couple of collaborative artists performing with Osawa, including Hikari Mitsushima on the track Labyrinth.

Perhaps the standout performance of the festival (well, for me anyway) was Bjork. Dressed in a pink flowery ensemble with a transparent mask, she was an enigma, gliding around the stage with childlike whimsicality while performing some of the biggest hits of her career. Her music videos—some of them David Attenborough-ish explorations of animals—accompanied her Fuji Rock performance. Her set was almost church-like: she was the saviour and the audience her congregation, the latter stretching out their arms, perhaps reaching out for her musical salvation. Even at 52, Bjork stilled embodied adolescence, dancing around the stage while belting out songs such as Isobel, her body lithe in her movements.

Despite the occasional annoyance of torrential rain, muddy tracks, and extremely tall people standing at the very front of stages (don't these people learn??), it was still a stellar lineup of artists and overall a well-organised festival. I'm just a tad discouraged by the amount of effort that it will take to wash mud off my half-white sneakers.

More about this event 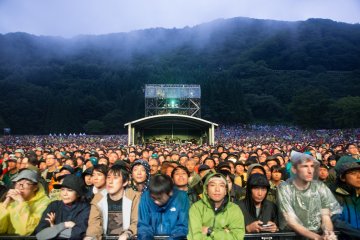 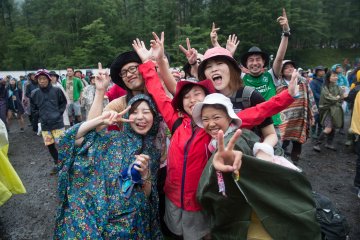 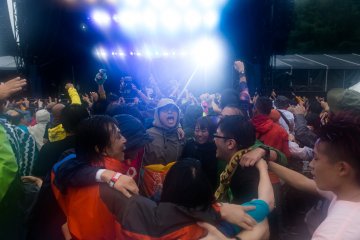 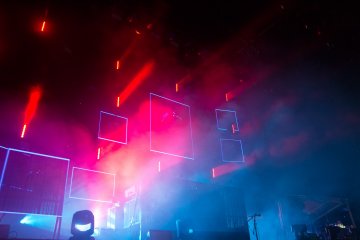 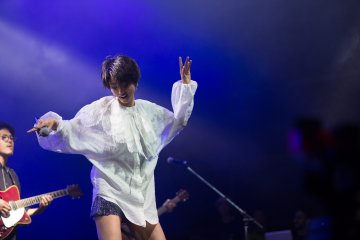 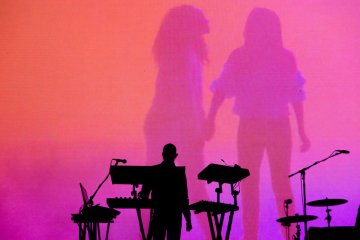 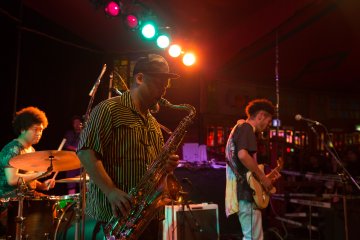 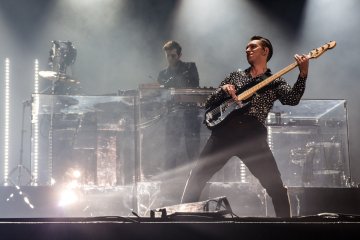 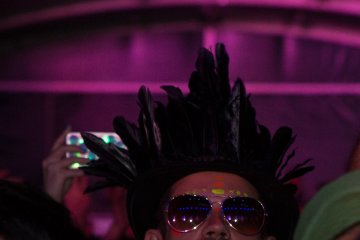 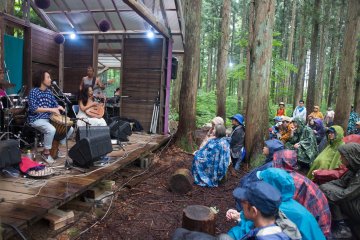 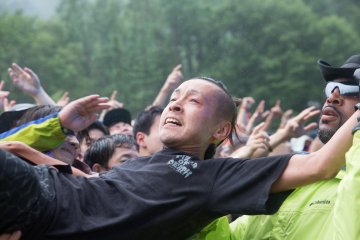 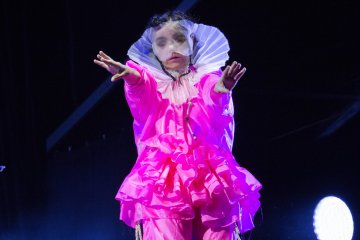 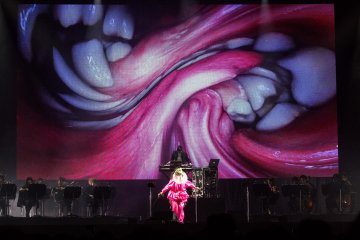 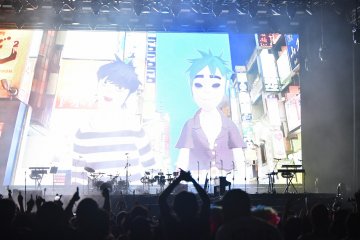 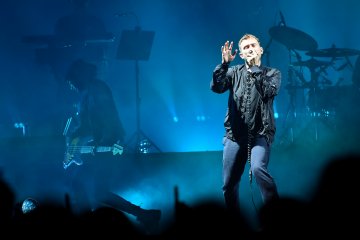