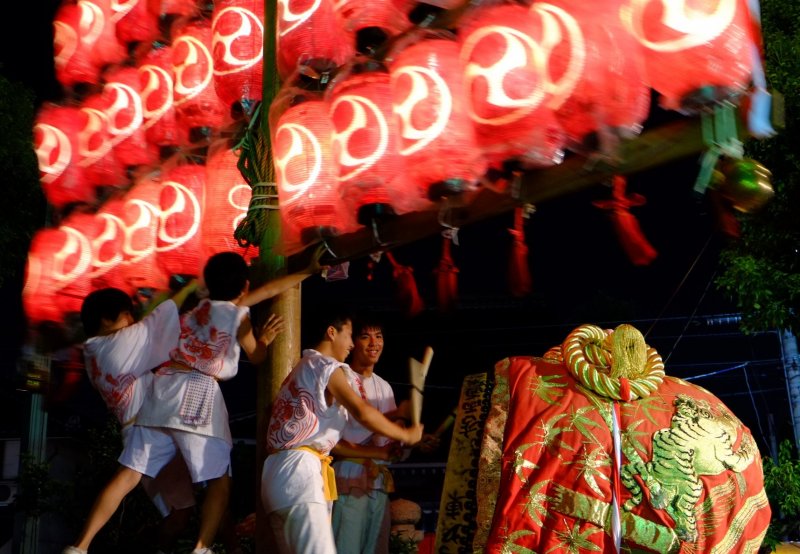 The Daigaku festival takes place in late July every year at the Ikune Shrine in Osaka. Like other matsuri, it’s a lively community event with street food stalls and children’s games accompanying the traditional elements. The eponymous daigaku is an impressive array of 79 lanterns, originally constructed in celebration of a successful prayer for rain. Ikune is the only shrine in Osaka where a daigaku can be seen, as the others burned down during a battle. Singing, dancing, and a great display of traditional drumming are the main show here, but a wander around the local streets is also a necessity – the street food is delicious and the atmosphere is infectiously upbeat.

It’s worth noting that there are two Ikune shrines within a walk of each other, the Daigaku Festival is at the north-westerly of the two.