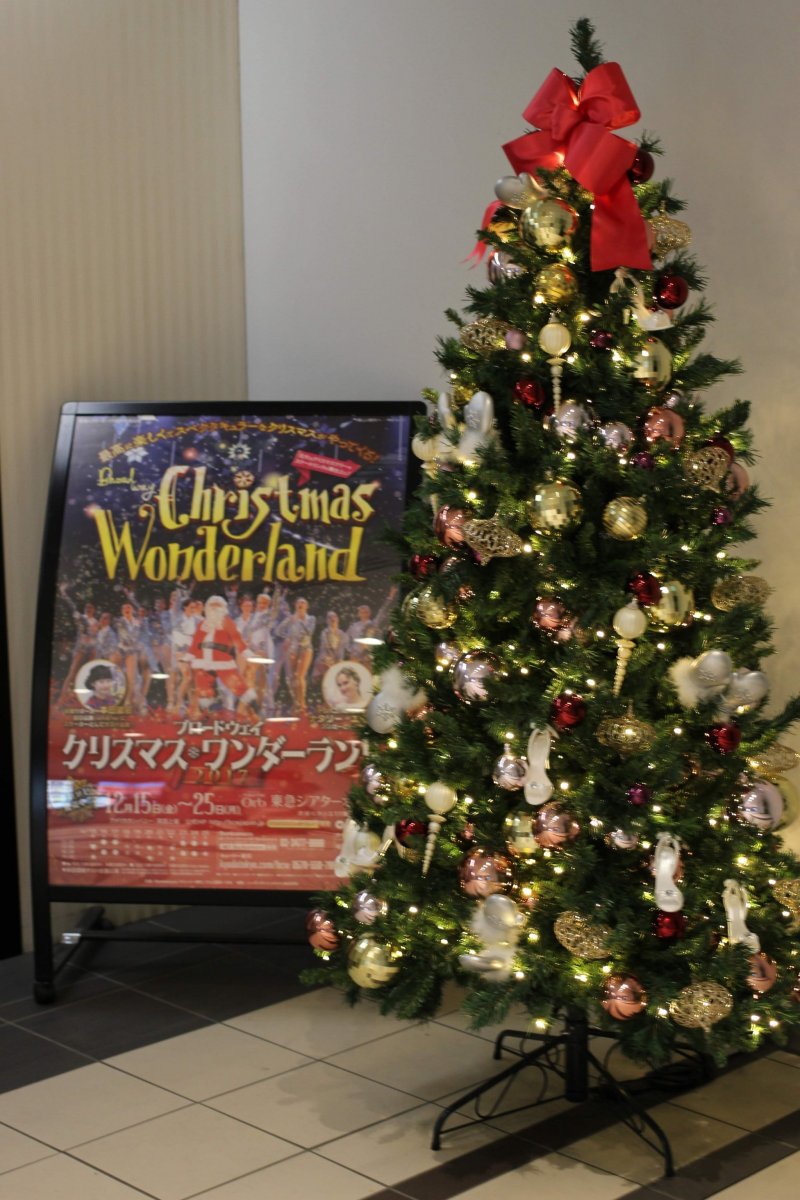 Broadway Christmas Wonderland was the first world-class Christmas show to be performed in Japan. It has been performed annually since then, generally for two weeks leading up to Christmas as a Christmas special at the Tokyu Theater Orb in Hikarie in Shibuya since 2016. The show consists of well-loved music performed by exceptional singers. From the name 'Broadway,' expect breathtaking costumes and scenery, entertaining dancing, figure skating, and chorus lines.

The show is approximately two hours long with one intermission. There are two showings a day on weekends and one showing a day on weekdays. Children under three years old are not permitted into the theater. Tickets go on sale in mid-October.

Tokyu Theater Orb is located within Shibuya Hikarie which is just minutes walk from both the Miyamasuzaka and East exits of Shibuya Station. C3 and B7 exits are also relatively close.

There is parking in Shibuya Hikarie but only for K or saloon cars. It is a mechanical parking and cars higher than 1.5 meters can not fit in. There are also limitations on width and weight. Parking is ¥300 for 30 minutes with a maximum daily fee of ¥2,400 yen.