A cheap, convenient, central place to stay in Tokyo

If you're on a budget and looking for somewhere to stay in Tokyo, then Asakusa is the place to head. As well as being a great spot for sightseeing, there are a good number of backpackers' hostels, guesthouses and business hotels, and one or two capsule hotels, the Riverside among them. And while many capsule hotels are only for men, the Riverside also has women's capsules on a separate floor, so groups or couples can stay here together as well as men.

The location is just great: it's not even a minute from the Ginza line subway station, making it easy to get around the city. It's within easy distance of Tokyo Skytree, Senso-ji temple, the striking Asahi Building and, if you don't mind a bit more of a walk, the Edo-Tokyo Museum, Ryogoku Kokugikan sumo arena, and traditional Kyu-Yasuda Garden. There are plenty of shops, cafes, bars and restaurants nearby, so you won't be short of eating and drinking options.

There's not much to say about the room, as I stayed in a capsule, a glorified box one meter square by two meters deep. Small as it was, it did have a little TV, a radio and an alarm clock panel. I could sleep pretty comfortably, though I had to move to a different capsule from the one I'd been given (don't tell the hotel people!) to avoid being next to a heavy snorer, and to get away from the light coming in through the thin screen.

Elsewhere in the hotel there's a small common room with a restaurant and vending machines for snacks and soft drinks, washing machines, and pachinko and slot machines, which gives you an idea of the target market. Up on the ninth floor there's a little terrace overlooking the Sumida River (the hotel is well named), which also has a nice view of the Asahi Building and Skytree. I enjoyed having my convenience-store breakfast up here, basking in the early morning sunshine, watching the boats gliding along the river and the little people walking on the streets way below.

Also on the ninth floor are the communal bathrooms: I didn't see the women's, but the men's had a satisfyingly steamy sauna, a very small bathtub in which two would be a crowd, and another little outdoor terrace. If you're an outdoors freak like me, you can relax here au naturel, so long as you're not worried about anyone coming out onto the fire escape of the neighbouring building.

It's a very inexpensive place to stay; I used a well-known hotel booking website to make a reservation in advance, and paid just ¥2250 for the night! They also have a handful of single rooms, but I couldn't find availability on the website. To be honest, though, I should warn that it's cheap for a reason. The facilities, while adequate, are pretty basic, and some of the communal areas are shabby and not well tended; on top of the lockers near the fourth floor capsules was a mess of shoes, hangers, cigarette-boxes, empty and half-empty cans and bottles, and discarded towels and clothing. I felt perfectly safe, but the atmosphere was a bit inbsalubrious, so I wouldn't want to stay for more than a night or two.

That said, for me, for a one-night stay the benefits outweighed the concerns. The staff are friendly and can provide English assistance, it is cheap, and for visitors it provides an interesting, uniquely Japanese experience. 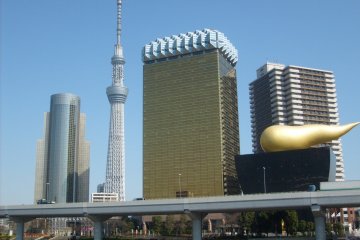 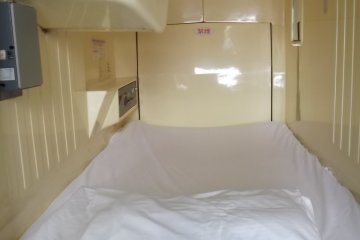 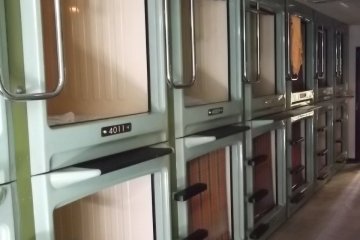 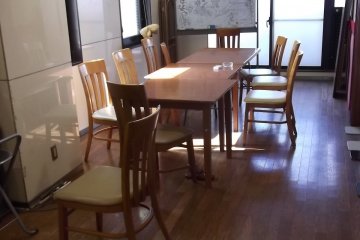 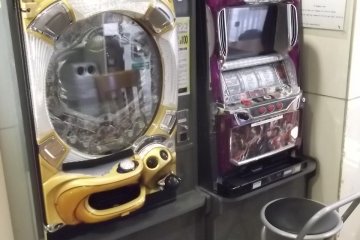 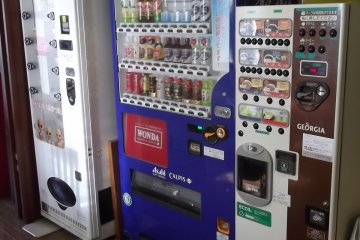 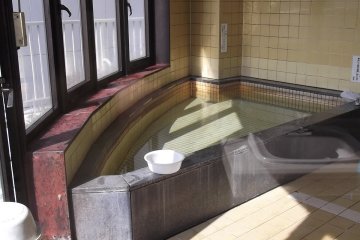 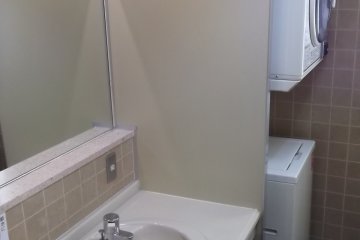 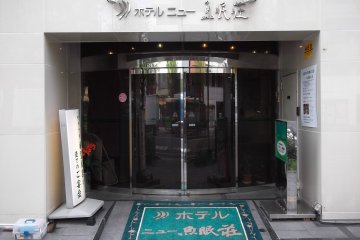 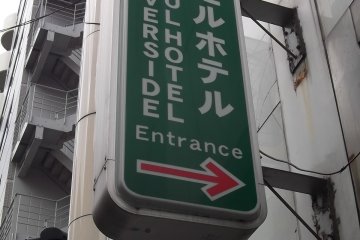 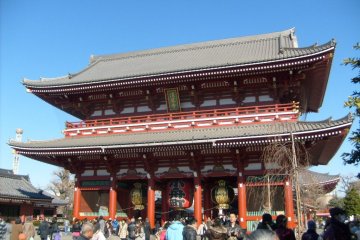