While cream buns are one of the most common items to be found on the shelves of Japanese bakeries, it's no secret that those made by Hattendo are really one of a kind.

Hattendo is a Japanese bakery chain based in the city of Mihara, Hiroshima Prefecture. Founded in 1933, as of November 2019, the chain operates 27 stores in Japan including eight in Tokyo as well as overseas stores in Singapore, Hong Kong, Australia, and Canada. There are plans to expand further into China and Thailand.

Hattendo cream buns are so popular in Japan that shoppers often find the store's cream buns sold out well before closing time. Known as the "ultimate" cream bun, they are also unique in that unlike other cream buns, Hattendo's are best eaten when refrigerated.

The cream is sweet, but not overly so, with delicate taste. Any one of the five flavors will taste good but the original Custard is generally recommended for those who are trying Hattendo for the first time. Including tax, prices range between JPY210-230 yen.

The Matcha and Azuki bean flavors are the buns of choice for Japanese taste lovers. Hattendo uses the Yame brand matcha powder from Fukuoka Prefecture for its Matcha buns, and quality red beans grown in Hokkaido, the largest azuki beans producer in Japan, for its Azuki ones.

Hattendo experienced ups and downs before it created what its "ultimate" cream buns about a decade ago. Starting out as a Japanese confectionary store in the 1930s, the third-generation president, Takamasa Morimitsu, opened a bakery in 1991. His bakery quickly became popular, and Morimitsu opened over 10 more stores in Hiroshima.

This popularity, however, did not last long with some of his stores beginning to post losses. Nonetheless, Morimitsu continued expanding his bakery business. “Things went too smoothly from the beginning and I was overly confident without having any hardship as a business owner,” Morimitsu recalls in a book he published in 2017. Morimitsu had to close some bakeries and many workers left Hattendo. In 2001, the company was in danger of going bankrupt.

At the time, Hattendo was offering around 100 kinds of bread but Morimitsu decided to reduce that number to only one by creating a new product to act as Hattendo's mainstay. He thought that the new product should be innovative but also simple and basic enough so that people would enjoy eating it again and again without getting bored with it. Working by trial and error, he finally completed today's Hattendo cream buns in 2008, which helped his company make a remarkable turnaround.

Where to eat and buy

Most of the Hattendo outlets in Japan are take-out only. Only Hattendo Café LaQua in Tokyo Dome City and Hattendo Cafelie in Mihara, Hiroshima, offer dine in cafes. These two cafe are small with only a few tables but the buns, filled with fresh cream, are best eaten then and there.

A number of Hattendo's Tokyo stores are located train stations including the Shinkansen bullet train ones like Tokyo Station and Shinagawa Station. The cream buns make an excellent snack for the Shinkansen ride and are great gifts when visiting someone.

The Hattendo Café LaQua in Tokyo is a 2-3 minute walk from either Korakuen Station on the Marunouchi Line or Kasuga Station on the Toei Mita or Oedo Lines. 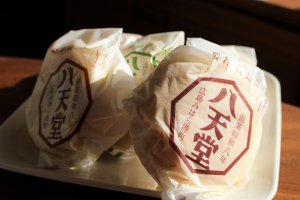 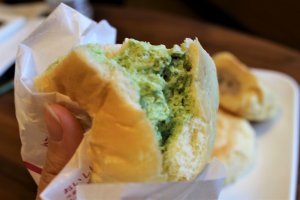 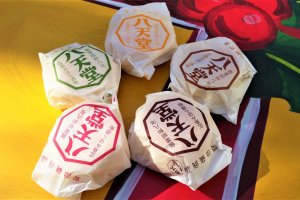