The shinkansen bullet train is probably the best way to get around Japan, but many of the passes offered by JR are available only to foreign visitors, leaving foreign residents unable to take advantage. However, from 1 April 2021, JR East is making two of its most popular passes available to all foreign passport holders, whether living here or not.

This will mark a change from the previous version of the pass, which allowed for five days of travel, but on non-consecutive days within two weeks of the first use.

With the Tohoku Area Pass, you'll be able to travel in these prefectures: Tokyo, Chiba, Kanagawa, Saitama, Ibaraki, Gunma, Tochigi, Miyagi, Fukushima, Yamagata, Akita, Iwate and Aomori. This will allow you to enjoy the sights and action of Sendai, see beautiful Matsushima Bay, visit historical Aizu-Wakamatsu and Hiraizumi, and even get as far as Osore-Zan, a spectral temple complex at the top of a steaming volcano in the remotest reaches of Aomori.

Using the Nagano/Niigata Area Pass, you'll be able to travel around any and all of Tokyo, Chiba, Kanagawa, Saitama, Ibaraki, Gunma, Nagano and Niigata prefectures. This will cut out much of the north, but does then include Hakuba ski resort and the historic castle town of Matsumoto, and will allow you to see the onsen monkeys near Nagano city.

The passes are available for purchase at any JR East Service Center, or online through the JR East website. When traveling with a pass you'll need to be carrying your passport in case of inspection by the train staff. 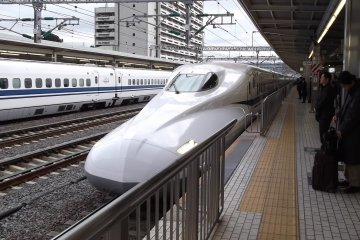