Tea and kaiseki cuisine in a trendy Tokyo neighborhood

The trendy up-and-coming neighborhood of Futako-Tamagawa seems an unlikely setting for a traditional tea experience, as does the exterior of the modern apartment building where the event is held. Yet when Nobue Matsuzuki, the producer of Mat-Cha-Doh, opens the apartment door, the expected interior is instead replaced with a rustic tea house and a flawlessly recreated Noh stage.

Kazumitsu Doi has been practicing the art of the Urasenke tea ceremony for the past forty years and is happy to answer any questions on the ceremony itself or the peaceful surroundings he has created for his guests. Guests begin their experience by washing their hands in the tsukubai, a water basin placed right next to the door. Once cleansed, participants are invited to crawl through the small doorway (nijiriguchi) to enter the tea house – watch your head!

The tea house itself is fairly unadorned. A small corner boasts a scroll that reflects the sentiments that Doi feels that day, perhaps regarding the guests and their tea ceremony. While many tea houses feature ikebana flower arrangements under the scroll, the less-stylized nagare display of a small branch in an inconspicuous wooden holder attached to the wall is more a reflection of nature itself.

The utensils used in the tea ceremony itself are equally plain, but no less magnificent for their simplicity. My serving of matcha was served in a bowl that had been created by the son of a living national treasure, so recognized for his excellence in pottery. Not only did Doi serve me in such a unique vessel, he took the time to explain to me how to not only the specific gestures for drinking the tea but also the postures used to admire the tea ware.

The second part of Mat-Cha-Doh's tea culture program includes a cha-kaiseki meal, a delicious encounter that should not be missed. A five-course meal, prepared with numerous seasonal delicacies by a chef with 20 years of training, is a delight for all of the senses. The presentation of the food is exquisite and the meal offers the chance to taste specialties not offered in normal restaurants. Chef Shinji Fuyano certainly knows his food and didn’t hesitate to answer my questions, some of them quite particular or rather obscure, on Japanese food culture and the cha-kaiseki meal in particular. A standout of the meal was the crab dumpling, but the seasonal mushrooms tossed in peanut tofu sauce, the fresh sea bream sashimi and the miso soup that used three different misos were all excellent.

My experience was greatly enhanced by my accompanying interpreter, Ms Kumi Ito. Thanks to her clear and detailed explanations in fluent English (she spent 20 years in the United States and has a near native language ability), I was able to delve deeply into the culture of both the tea ceremony and cha-kaiseki cuisine and ask questions that I personally have been wondering about for years. As every experience at Mat-Cha-Doh offers an interpreter as part of the package, you'll never feel as if you're missing something.

Matsuzuki has been offering tea-themed experiences under the Mat-Cha-Doh name since April 2015. As well as the unique tea ceremony and kaiseki experience, travelers can book a more casual tea ceremony in the Toritsu Daigaku neighborhood that ends with a tea and sweets tasting at two long-established shops. From 2016, Mat-Cha-Doh also plans to offer a wagashi-making tour in Tokyo.

If you're interested in a Mat-Cha-Doh tea experience, please check out these three tours: 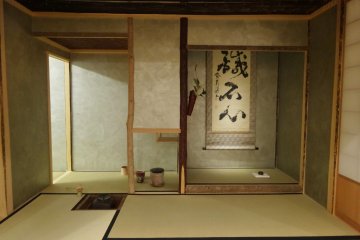 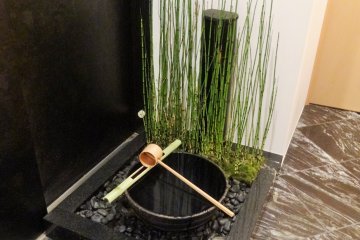 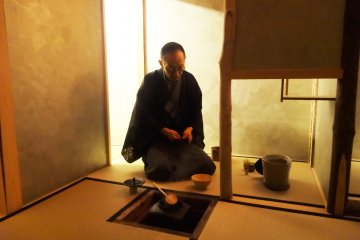 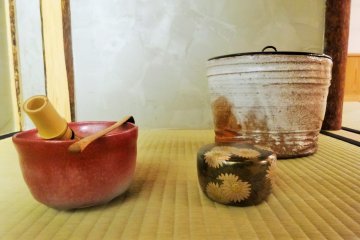 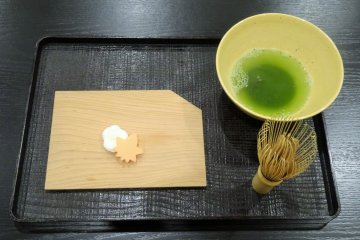 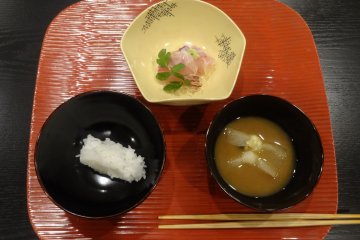 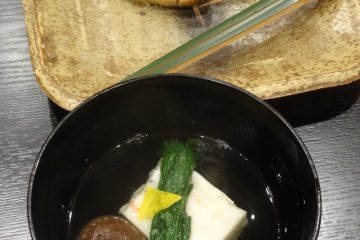