Traditional arts and a beautiful garden in Tokyo

Close to Kaminoge station in the western part of central Tokyo, The Gotoh Museum is a good place to enjoy traditional Japanese and Asian arts and crafts. Its collection consists of paintings and calligraphy, ceramics and tea ceremony implements, swords and mirrors, and includes a centuries-old illustrated handscroll of The Tale of Genji​, reputed to be the world's first novel.

At the entrance to the main exhibition room there's a wooden sculpture of a fierce-looking six-armed Buddhist deity, but what's inside is likely to be more peaceful. The room itself is dimly lit, with a hushed atmosphere, the exhibits shown off in glass-fronted display cases. The first time I visited, I saw a selection of beautiful Chinese ceramics, brightly-coloured and exquisitely-crafted bowls, jugs and vases that were perfectly preserved, despite being hundreds of years old.

On my next visit I saw paintings and hanging scrolls from the late 19th and early 20th centuries. Some were of traditional subjects: tall scrolls with a monk sitting at the base of a high waterfall, craggy forested mountains, seasonal landscapes with cherry-blossoms or red autumn foliage. There were also a couple of more unusual paintings, one with modern redbrick buildings, one featuring horses in a meadow full of common wildflowers.

As well as the exhibition rooms, behind the museum there's a large garden, a nice place to stroll around slowly and enjoy the peaceful atmosphere. The upper part of the garden is well-tended, with carefully manicured lawns, trees, shrubs and statues dotted around, and some lanterns peeking out from alcoves cut in the hedges.

The lower part of the garden is wilder, with lots of trees and thicker grass on the slopes. Down here you'll also find a couple of murky carp ponds and a large, diverse population of Buddhist statues, some lined up together beside the paths, some sitting by themselves in among the foliage.

Completely by chance, I was there on one of the two days of the year when the teahouse in the upper garden is open to visitors. (One of these days is in spring, the other in autumn, though I don't rightly see why it shouldn't be open more often.) The main teahouse is elegant and beautifully preserved, with tatami mats that are cool underfoot, gold-leaf decoration on the tea-drawers, small alcoves with hanging scrolls for tea-drinkers to contemplate. There's also a separate open-fronted building, where guests could enjoy drinking al fresco while admiring the greenery around them.

As you leave, there's a shop selling a selection of books, stationery and other gifts. The museum also holds a number of events, such as regular talks and occasional concerts. 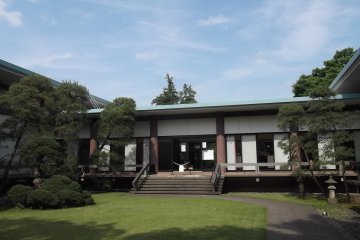 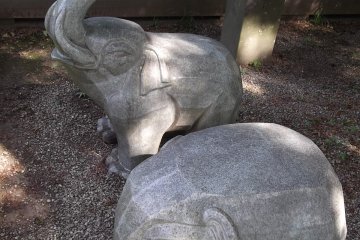 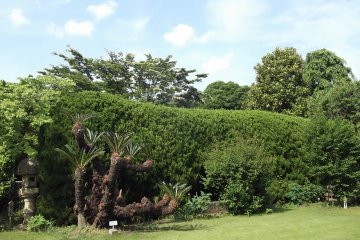 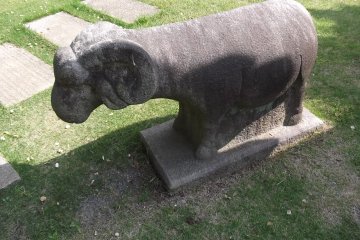 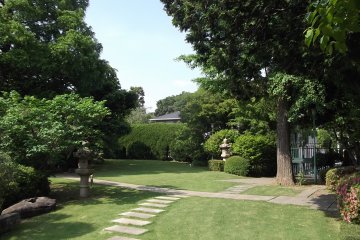 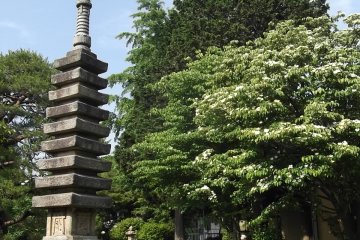 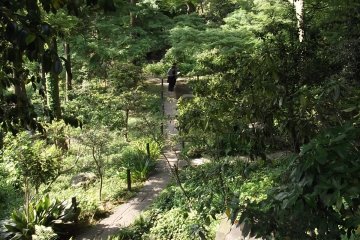 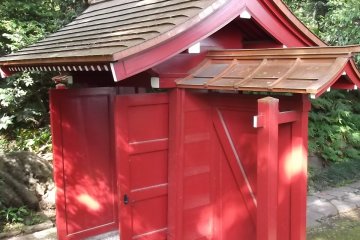 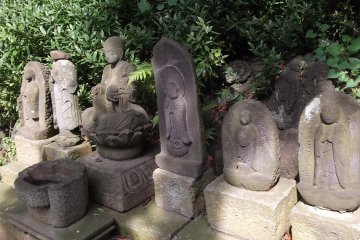 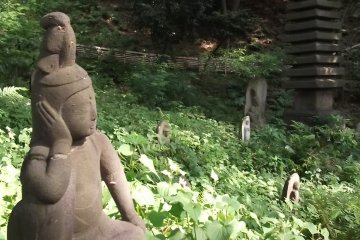 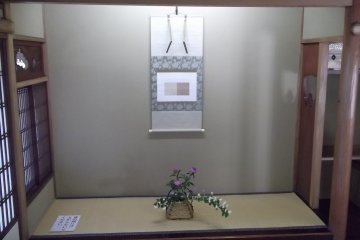 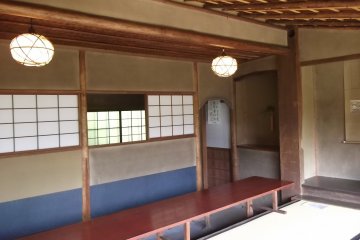