Among potentially dangerous birds of prey, owls are some of the cutest and fluffiest. Japanese culture is commonly known to be obsessed with cute things, so it was only a matter of time before they fell in love with owls and started featuring them in cafes. This particular café takes advantage of its location and the Japanese language to make a café name out of a cute portmanteau, Ikebukuro and the Japanese word for owl, fukuro, creating Ikefukuro.

Animal cafes are popular in Japan, particularly in Tokyo. With small living spaces and strict rental agreements, pets are not usually a possibility for the average citizen. Animal cafes have appeared to fill that need, and their popularity is only increasing as more and more people flock to the city. Recent years have seen many different types of animal cafes pop up around the city, carrying everything from bunny rabbits to snakes. Owl cafes are just the latest addition to the current trend.

At Ikefukuro, you will find owls of all shapes and sizes awaiting your admiration. The majority are on the smaller side, but if you wish to live out your Harry Potter fantasy, they do have some larger owls including a full-size snowy white. The café itself is also small, mostly standing room only with one table in the back.

For the first several minutes after the rules and orientation, we were only allowed to pet and stroke the owls. Soon enough we were able to ask for assistance to hold them. Some owls were not available to be handled as they were either on a rest break or still becoming acclimated to humans. These owls were denoted by a “訓練兵/soldiers in training” tag next to their names.

Since there is not a lot of sitting room, Ikefukuro is less of a café and more of a facilitated animal encounter, but with so many owls to visit and interact with in only an hour’s time, most patrons, including myself, didn’t seem to mind very much.

For an admission fee of ¥1,400 during the week or ¥1,600 on the weekend, customers are treated to an hour of interaction with the owls and a drink (in a PET/plastic bottle.) If you check in via Facebook or tweet using the hashtags #いけふくろうカフェ or #ikefukuroucafe, you can get ¥100 off.

To visit the café, you must make a reservation ahead of time via email. If there is space you will be sent a confirmation email. To reach the cafe, exit the JR line at Ikebukuro Station via the Seibu exit and all you need to do is turn right and walk straight. Go past the Soccer Store Kamo and at the next corner where there is a stoplight, round the corner to the ramen shop and you will find the entrance right next door. Take the elevator up to the 6th floor, but make sure not to get there too early as the entrance/waiting area is very tiny. 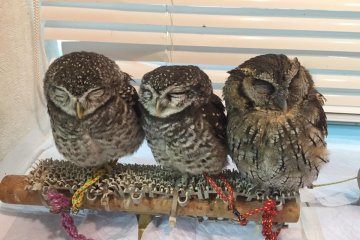 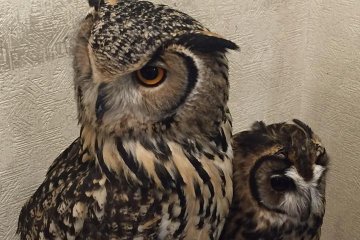 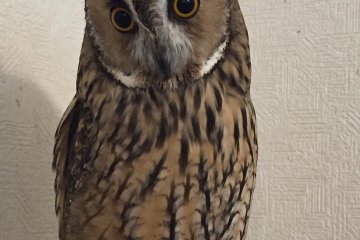 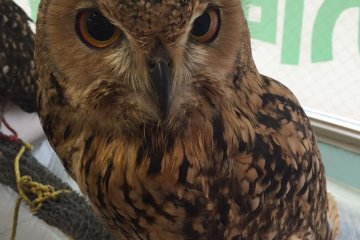 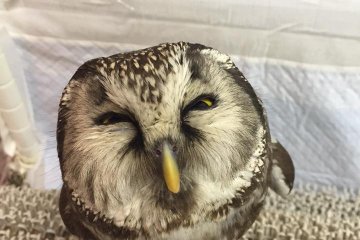 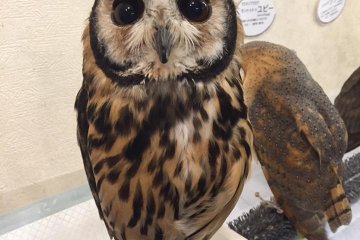