Pluto Comes to Life on the Stage

Ring in the New Year with a trip to Pluto via Bunkamura Theatre Cocoon in Tokyo and Morinomiya Pilati Hall in Osaka. Pluto first appeared in the early 1960’s in serial form as “The Greatest Robot on Earth” by Osamu Tezuka, and was later transformed into a stunning manga series published from 2003 until 2009. This brand new stage version breathes new life into a classic story from the Astro Boy series with its stellar cast of contemporary Japanese actors. Directed by two-time Laurence Olivier Award winner and performing arts pioneer, Sidi Larbi Cherkaoui, the production combines theatre, music and manga that promises to be no ordinary evening of entertainment.

The world that is home to both humans and robots, finds that its most advanced robots are systematically being destroyed one by one. Gesicht, a leading agent and one of the seven most advanced robots in existence, believes this is a plot to destroy his kind. He journeys from Europol headquarters in Dusseldorf to Japan in search of Atom, an eerily human-like robot child, who is also one of the seven, and to discover the murderer and their plot. What follows as the two race against a determined killer through a physical and emotional landscape riddled with complex histories and relationships is not only an exploration of the balance between humans and technology, but of love, hope, and the relationships that link us together.

Non-Japanese-speaking fans have a unique opportunity to enjoy Pluto from Friday, January 9, 2015 through Sunday, January 18, 2015 in seats outfitted with iPads where English subtitles will be displayed. All tickets are available from Wednesday, December 10, 2014 until Tuesday, January 6, 2015. (All reserved seats, tax included, preschoolers are not admitted)

Don’t miss this unique opportunity to enjoy a classic reworked for the stage!

Joan Lambert Bailey lives and writes in Tokyo where she is lucky enough to get her hands dirty on a local organic farm in between forays to explore Japan from top to bottom. You can read about her adventures learning about Japanese food from seed to harvest to table at Japan Farmers Markets. 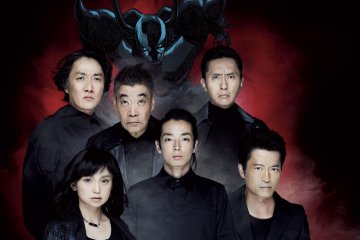 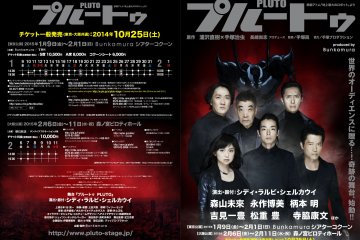 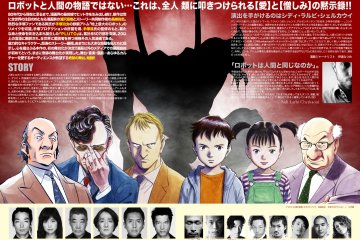