A Collection From the Sompo Museum of Art 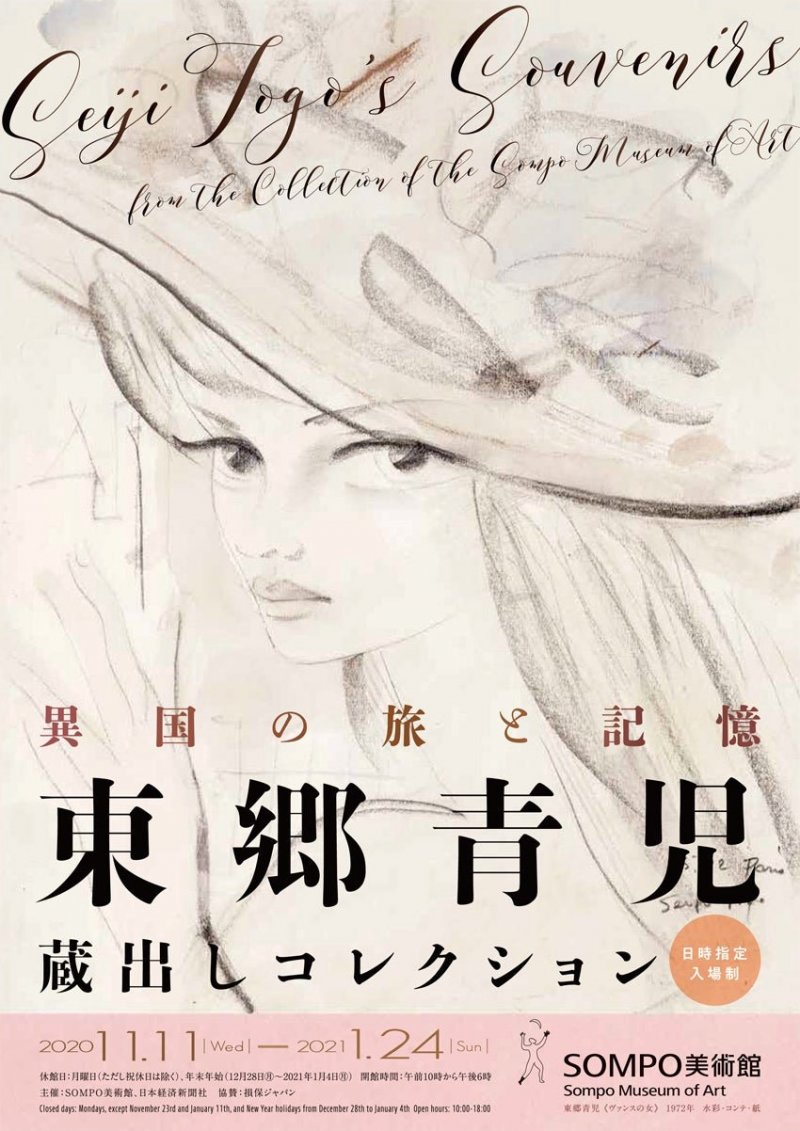 Seiji Togo was a Japanese artist who was specifically known for works focused on the female form. He moved to France at the age of 24 and lived there for seven years, and traveled overseas almost every year during his sixties until his passing.

A special exhibition at the Sompo Museum of Art in Shinjuku centers around Togo's works and the theme of travel. There will be a range of pieces on display, which are inspired from his trips to foreign countries, things he saw on his journeys, and items he brought home with him. Examples of his works at the exhibition include "Landscape of South France" (1922) and "Czechoslovakian Woman" (1970).

Adult admission to the exhibition is 1000 yen, and advance reservations are required. Details on making a reservation will be listed on the official website closer to the event's commencement.

The Sompo Museum of Art is located a 5 minute walk from JR Shinjuku Station's West Exit.