This autumn, the Shinagawa City / Shinagawa Tourism Association invites you to Shinagawa City to spend an afternoon of fun. As described on their site, there are many interesting Japanese cultural attractions to look out for. On Saturday, October 21st, I headed down to Nishi-Koyama station (along the Tokyu Meguro Line) for one of their tourism fairs named “Ebara Tourism Fair. The Story of Nishi-Koyama”. The fair was prominently located in front of the station. I received an exhibition map, an event booklet and a Cinnamoroll arm band from the Shinagawa City / Shinagawa Tourism Association booth.

My first stop was “Tate Taiken”. “Tate” represents “the act of killing” and “Taiken” means “experience”. I was drawn to the sword battle experience corner where a group of men donning samurai clothes and traditional hairstyles caught my attention. The instructors dressed me in a similar outfit and fixed a belt around my waist. I later learnt that the sword carried by the samurai are attached through this belt, known as an “obi”. They taught me a range of basic swordplay techniques and had me imitate their movements and expressions.

Swordplay was difficult and some moves were more awkward than I had imagined. I ended up “slicing” my instructors countless times! “No worries about getting carried away and injuring us!” They laughed and cheered me on. Lastly, they got me to reenact a typical samurai-fight scene with all my newly-learnt sword techniques. They even made me do a funny “peace” pose at the end so I could look good for the camera. This experience lasted about 15 minutes. The instructors held both individual and group sessions depending on requests.

Next up was the drone maneuvering experience booth! I had to pilot a basic drone and use it to catch as many snacks as I could from the prizes table. The staff first taught me some basic flight maneuvers: up, down, left, right, accelerate and decelerate. “Easy,” I thought and had my maiden flight up in a second. However, my drone was only up in the air for a few seconds before it went crashing into the photographer’s head! Laughing and apologizing, I then tried my best to navigate the drone back to the prizes. Two candies for a first try! Not bad at all!

While popping the prizes into my mouth, I had a go at Jinriki Sha, which literally stands for “human-powered vehicle” in Japanese. In English, we would call that a “rickshaw”. This ride brought me to the shopping streets of Nishikoyama and circled around the tourism fair! With my eye level elevated, I could enjoy and capture different views of the surroundings while having interesting conversations with the rickshaw puller. In Japan, rickshaw riding is a tourist activity which you can find at popular spots such as in the Asakusa district. A 15-minute ride usually costs more than ¥3000 so I was very fortunate to have had such great experience at just ¥300!

As I was wandering around, a familiar sweet and savory aroma drew me to a stall. Originally a street food in Osaka, takoyaki has found popularity across Japan and is now something you would never miss at festivals. The stall also sold other festival foods such as yakisoba and tamagoyaki sandwich. The octopus balls came piping hot and I had a delicious break time while watching the stage performances from where I was standing.

After lunch, I had a go at the Kabuki makeup! Kabuki is a classical Japanese dance drama performance known for the actors’ elaborate makeup. The makeup artists told me about the various types of looks such as the Ohime (princess), villain and hero look and asked me which I wanted. “Well… I guess you could just give me the most extravagant and flashy look?” I suggested. With that, they started applying a white base on my face. While chatting, I learnt that the white base was called “Oshiroi” and was made from rice powder. When the makeup was completed, I was given a piece of cloth to press against my face to create a print of the makeup, just like what the Kabuki actors would do when the play is over. These face-prints have become valuable souvenirs of the Kabuki performance.

After washing off my makeup, I stayed on for a few stage performances. The Kabuki booth demonstrated several other Kabuki makeup on a few volunteers. They showcased the differences between male and female styles, e.g. differences in shaping of lips and eyebrows, while explaining the history behind Kabuki makeup. It was interesting to know that the heroic characters in Kabuki would have a “Masshiro” make, meaning a “pure white” face with red details. On the other hand, the villains would have their faces painted primarily brown with blue details. Also, the reason why you often find Kabuki’s actors’ makeup looking rather angry is due to the application technique of “WariGuchi”, the “downward facing lips” drawn to convey the hero’s wrath and intolerance towards the villains.

The final stage performance I caught was the Cinnamoroll Dance. Cinnamoroll is a character created by the same Japanese company responsible for Hello Kitty. It was definitely one of the highlights that the children were waiting for. As I watched the cute floppy-eared puppy dance on the stage, I spotted many fans dressed in and carrying Cinnamoroll merchandise! If you are a fan of Cinnamoroll, you are not going to want to miss out on other Shinagawa Tourism events, where you will get to meet this iconic Sanrio character that was chosen as the Shinagawa Tourism Ambassador.

Other events held in October:

Studying and working in Tokyo since 2016. Passionate about travelling in Japan and spends her weekends café or bakery hopping! 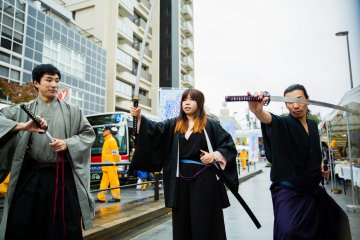 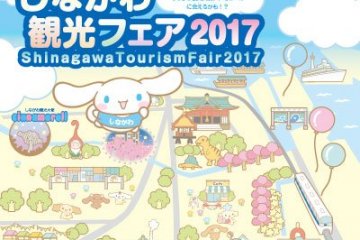 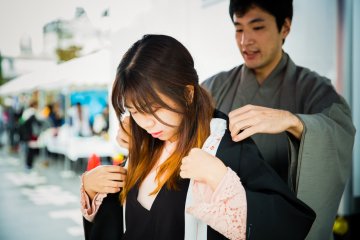 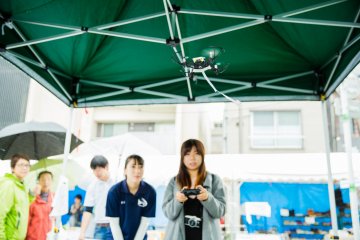 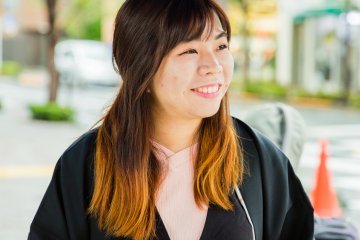 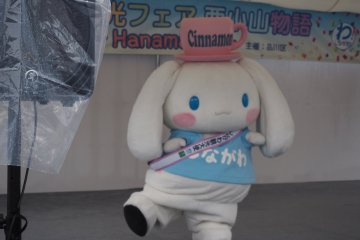 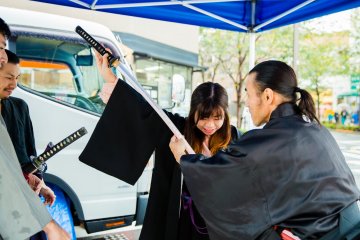 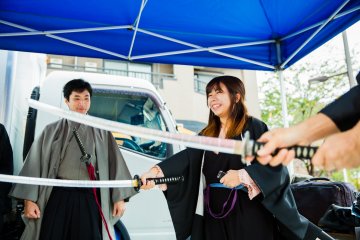 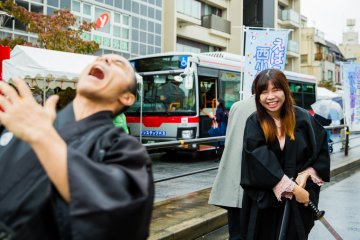 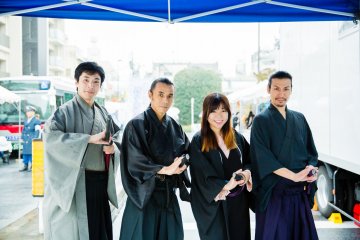 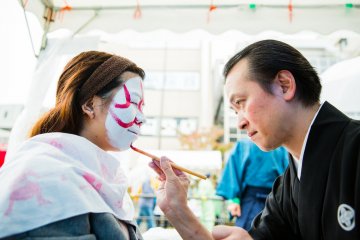 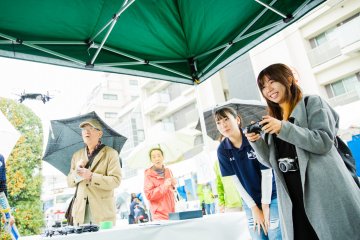 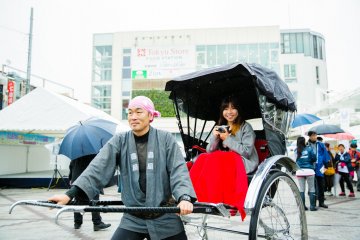 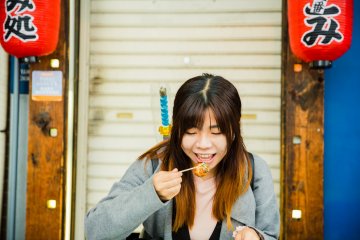 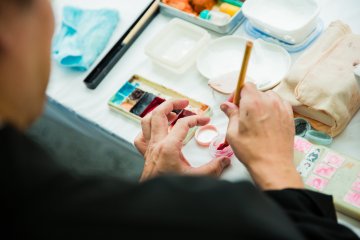 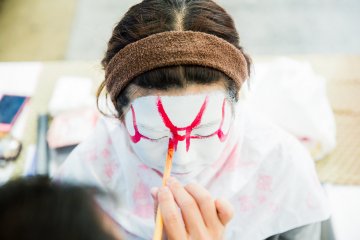 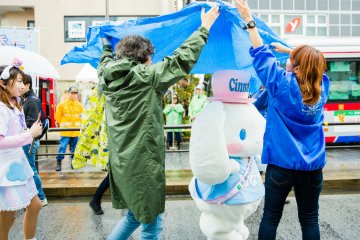 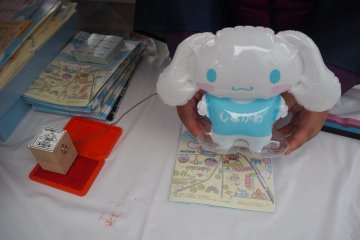 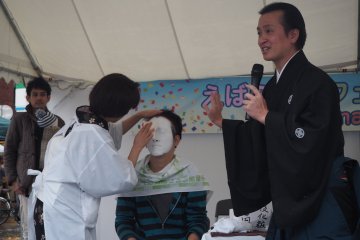 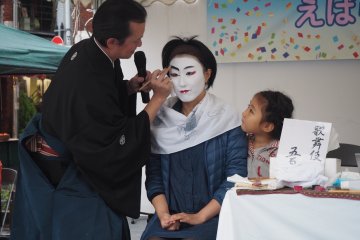 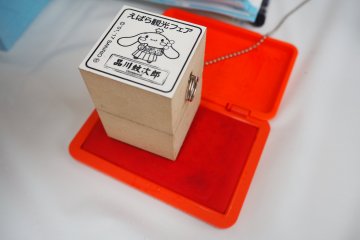