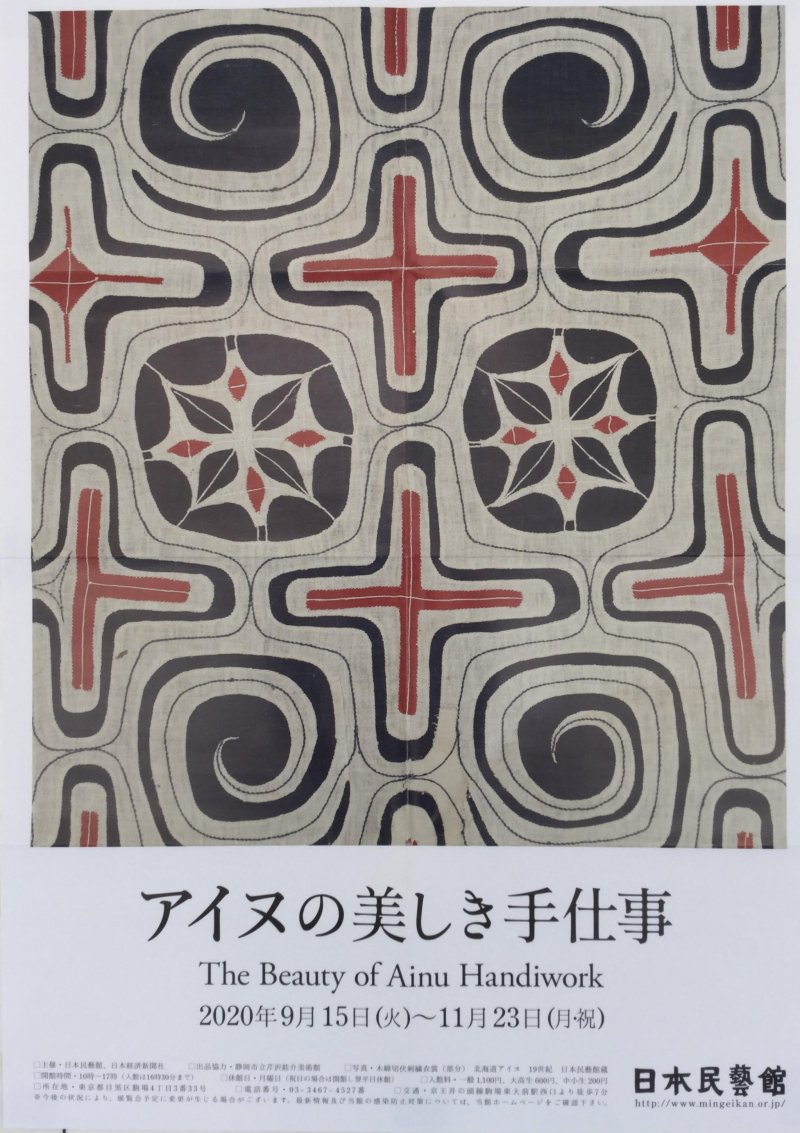 The Beauty of Ainu Handiwork

The museum, known in Japanese as Mingeikan, dedicates its galleries to the presentation of mingei, or folk crafts. The collection of tens of thousands of pieces from all over the world. In permanent exhibitions, visitors can see English slipware and Korean ceramics. Of course, the collections include Japanese art, including antique ceramics and textiles from Tohoku, Okinawa, and other parts of Japan

The current exhibition brings together the museum's own collection and that of Soetsu Yanagi, art collector, and promoter of the mingei movement of the early 20th century. Yanagi, who founded the Mingeikan, brought Ainu works to the attention of the Japanese art world in 1941 when he presented Ainu crafts in the first exhibition of its kind.

In addition to the Ainu works on display, textiles by the dyer Serizawa Keisuke, a curator of that first exhibition, show the appreciation of the aesthetic of the Ainu artisans.