The Whispering Star at Watari-Um

“Humans have countlessly repeated catastrophes and debacles. Each time the population decreased. The galaxy is now veiled in quiet peace.” – quoted from The Whispering Star

The Whispering Star is the first solo museum exhibition by the film director and poet Sion Sono. Displays inside the museum are based on his award-winning sci-fi film “The Whispering Star,” a passion project by Sono. The film follows Suzuki Yoko (Megumi Kagurazaka, wife of Sion Sono), a humanoid robot quietly traveling the universe inside a retro Japanese bungalow spaceship. Yoko travels throughout the galaxy as a delivery service worker, dropping off packages that contain irreplaceable objects at deserted stars. The film is set in black and white and was shot at many locations in Fukushima. Although with quite a limited scale, Sono was able to bring out engaging cinematography in the film.

The Whispering Star exhibition is much like a scene of a city in decay after the 3.11 Fukushima disaster in which Sono communicates through visual installations. On the second floor of the exhibition is a large scale installation of shadows reflecting on paper, depicting the lives of people in the lone star where only the human species exists. As you walk on the floor you can only observe the movement and whispers of these shadows living their everyday lives.

On the third floor is an installation artwork of Hachiko statues. These has been part of Sono’s street art performance named “Tokyo Ga Ga Ga” from 1992 to 1993.

Lastly, on the fourth floor is an about 10-minute clip footage of The Whispering Star. Pasted on the walls of the whole floor are the 555 story boards from his 25 years in filmmaking, which the director drew himself. As part of the film, there were yellow boxes installed on the floor. Guests are to welcome to shake and guess what objects are inside these boxes, similar to how Suzuki Yoko does it when delivering packages on the film.

In the end, this exhibition does not necessarily have to cater everyone, for non-commercial films and arts have to be appreciated with a deeper sense. 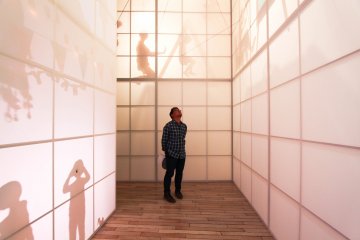 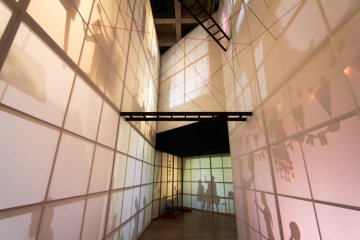 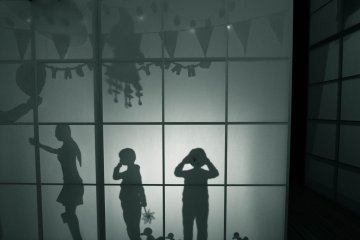 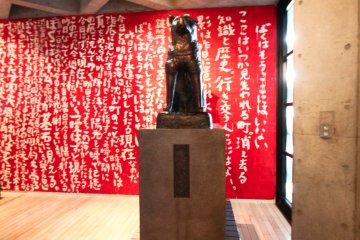 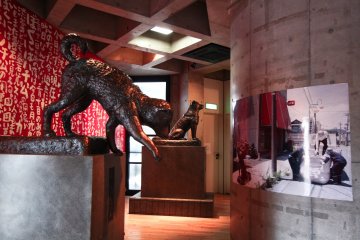 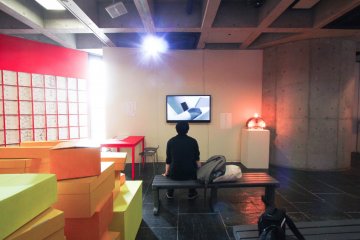 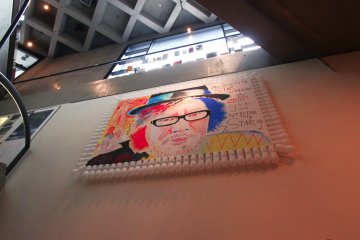