If you’re a vegan and headed to Tokyo, it may come as a pleasant surprise that more and more eateries are popping up with entirely vegan menus. There are spots dedicated to vegan ramen, vegan burgers, vegan desserts and more, so you’re not going to go hungry while you’re out exploring the city. If you’re after a varied menu that’s all 100% vegan friendly - and a trendy storefront as well - Organic Table by Lapaz is a spot you need to head to.

The restaurant is situated just a short walk from the Tokyo Metro Gaienmae Station, and the premises themselves are modern and inviting. Bright white walls with metal, stone and wood accents give off a very trendy vibe that makes you want to while away some time here.

When it comes to the eats on offer, they have a wide variety of menu options. There’s the brightly colored and veggie packed energy salad which comes with a bright pink dressing, several types of vegan burgers using soy and tempeh fillets, soy meat karaage, and even a South Indian inspired curry plate on offer. Think curry couldn’t possibly look photogenic? The team at Organic Table by Lapaz will prove you wrong!

As well as the savory eats to sample, there’s plenty of desserts for anyone with a sweet tooth. The creme brulee in particular is worth a try, but you can’t go wrong with their cheesecake (complete with a cashew nut cream mousse!) or trifle, either. No time to sit in and linger with your sweet treat? The menu even includes snacks to go including vegan chocolate bars and coconut crunch bites in chocolate and matcha flavors.

Organic Table by Lapaz are open from 11am until 7pm from Tuesday to Sunday - they’re closed every Monday so bear that in mind if you’re making a special trip.

Organic Table by Lapaz is situated a short walk from Gaienmae Station, on the Tokyo Metro Ginza Line. 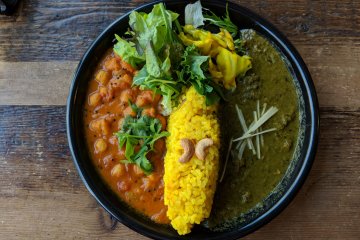 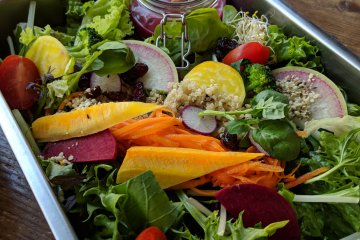 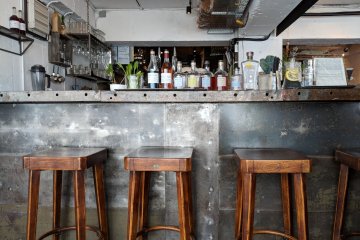 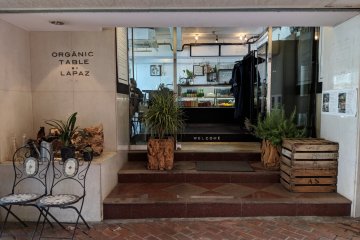 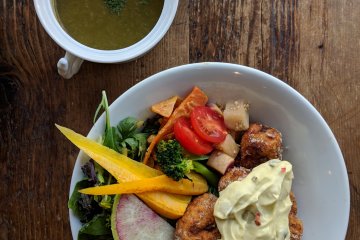