Grit and history in one place

Known for its gritty suburban image, Arakawa City overflows with reminders of Tokyo's pre-economic miracle past. Famous for its shrines and temples that survived Word War II, the area is also home to a beautiful nature park, quirky museums, train fan spots and one of Tokyo's two remaining tram lines.

An old Shinto shrine established in 795, Susanoo Shrine features a giant gingko tree that feeds children, master haiku inscriptions, a light emitting stone from which gods speak and a most energetic portable shrine festival in summer that helps ward off evil, disease and illness from the neighbourhood.

Eight minutes from Minami-Senju on the Hibiya, JR Joban or Tsukuba Express Lines.

Established almost 1300 years ago, Ishihama Shrine is dedicated to Jurojin, the deity of longevity. The shrine, with a curious sense of space courtesy of it being right by Sumida River, features a number of old torii gates as well as a fujizaka mound, a spiritual relic from an Edo Period Mt. Fuji cult.

The location as one of Tokyo's top 100 views, Arakawa Nature Park sits close to Sumida River and emerged as part of a plan to reclaim industrial land for public use. The park features a garden with a lovely pond and bridges, playgrounds and bicycle tracks for children, a baseball field, and tennis courts.

Right outside the entrance to Arakawa-nichome Station on the Toden Arakawa Line.

On the west side of Nishi-Nippori Station lies Nishi-Nippori Park. A small green space full of light filtering through its tree leaves, the park is a nice little place to recharge before heading off to explore the area's temples, pre-World War II shrines and the old-Tokyo neighbourhood.

One minute from Exit 1 of Nishi-Nippori Station on the Chiyoda or JR Yamanote Lines.

A little museum opened on weekends, the Nurie Museum dedicates itself to the art of colouring, in particular, that of colouring sheet artist Kiichi Tsutaya. Modern anime fans will see the origins of the style in Tsutaya's works with 200 colouring books on display. Visitors can also to try their hands at Japanese-style nurie drawing and colouring.

Opened to help residents appreciate the history of the area, the Arakawa Furusato Cultural Museum works in partnership with Minami-Senju Library exhibiting works based upon archaeological and historical records. It's permanent exhibition is divided into several zones dating back to the ancient past up until now.

An institution in the area, the Toden Arakawa Line has been renamed the Tokyo Sakura Tram but still retains its retro charm of yesteryear. Running from Minowabashi in Arakawa City all the way to Waseda in central Tokyo, the lines dates back to 1913 and makes for a lovely day of casual sightseeing opportunities.

Five minutes from Minowa Station on the Hibiya Line.

Nippori's most curious landmark, Shimogoinden Bridge is a quirky reminder of Japan's train appreciation culture. Both hardcore enthusiasts or the casually curious will be fascinated, not by the 14 train tracks or 20 train types, but by the 2,500 trains that pass underneath the bridge each day.

A few moments from the North Exit of Nippori Station on the JR Yamanote Line. 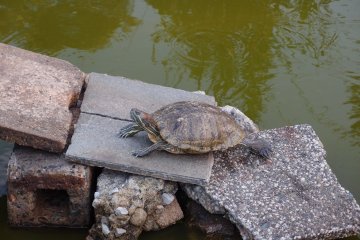 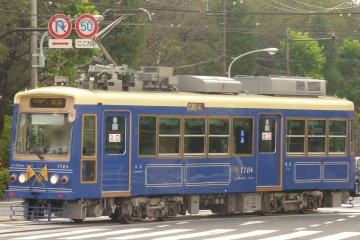 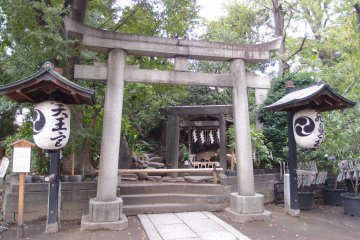