Somebody out there has to write about Tokyo Tower, and I feel obliged to jump at the chance to talk about Tokyo’s most recognizable landmark. Still the tallest self-supporting steel structure in the world, this orange-red radio tower (modelled on Paris’ Eiffel) defined the skyline of Tokyo for many years, and even though its broadcasting duties have been supplanted by the Tokyo Sky Tree, it will likely continue to be dear to residents and visitors for years to come.

Recently, a Showa-era nostalgia boom has come about in Japan, primarily for the 1950s, 60s and 70s eras, and the Tower was built during those post-wartime years, in Showa 33 (1958). You may have seen it under construction in the popular 2005 film Always Sanchoume no Yuuhi or giving a sense of place to dozens of other films set in the capital. You can also view a history in photos of the Tower on your way down from its observation decks.

The Main Observatory at the 145 metre mark is Tokyo Tower’s biggest draw. Offering a 360-degree view of the city, the Observatory features large glass windows and a few small glass panels in the floor, a café, gift shop, the Club33 stage for live shows, computer stations to take you through time-lapses and city maps, and markings on the walls to help direct you to major sights. On a very clear day, it’s even possible to see Mount Fuji from here.

The Special Observatory is a step up in quality, reflected by the extra admission price. Located at 250 metres above ground, it is a circular deck with a much smaller amount of foot traffic and breathtaking views.

Unfortunately, there aren’t as many features on the upper part of the tower as one might hope for the ticket price – especially given that there is often a long lineup for admission. In the building below the tower, however, known as FootTown, there is plenty more to do. On the first floor, where the Observatory elevators are located, you can also find an enormous aquarium, official "Tower Restaurant," a FamilyMart convenience store and souvenir shop. The second floor is a bazaar-like shopping area with plenty of tourist merchandise and gift stands, five restaurants and a food court with fast food. The third floor’s main attractions are the Guinness World Records Museum Tokyo and the Tokyo Tower Wax Museum, both popular among visitors. The Wax Museum has been severely showing its age in recent years, but is still a delight to see. A hologram gallery, café and a few other shops can also be found on the third floor. The top floor is mostly occupied by Noppon Square, and also features a small game arcade. The attractions change occasionally, as Tokyo Tower is constantly seeking ways to bring in more visitors.

I won’t lie – I've given this sight four stars, which isn't high praise for what's probably considered one of the #1 tourist destinations in the city. If you’ve seen Tokyo Tower once, that’s probably enough for most people. The views are great, but similar ones can be enjoyed elsewhere in the city for cheaper or for free, such as the Tokyo Metropolitan Government Building or FujiTV’s HachiTama. Still, there’s something irreplaceably iconic about visiting Tokyo Tower itself – if you take a visit to Japan and skip the Tower in favour of the view from the Mori Building or one of the other skyscrapers, you may later regret it! One of my treasured memories of Tokyo is still an early-morning visit to the Tower when I had the entire observation deck to myself. The elevator ladies greeted me as though I was the most important person in the world, and gave me their little speech as I was taken up to the Observatory. On another visit with a friend who was visiting from Canada, we battled the crowds on a Saturday night and had dessert at the café. Even though it was noisy, crowded, and hot, and I’d been there many times before, there was something fantastic about eating ice cream 145 metres above the city. My friend told me at that time, “I knew I couldn’t leave without going to Tokyo Tower.” I couldn’t agree more. 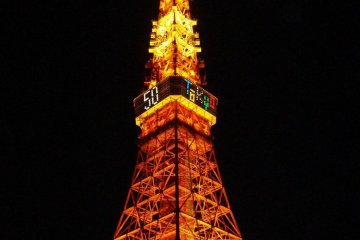 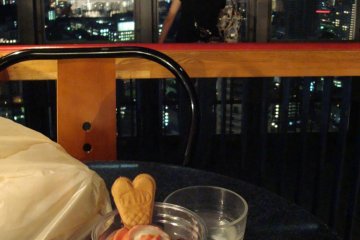 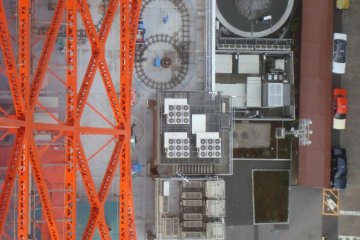 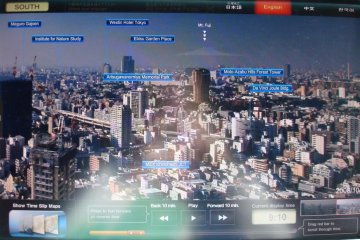 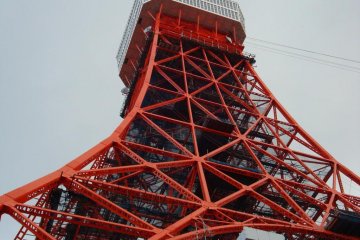 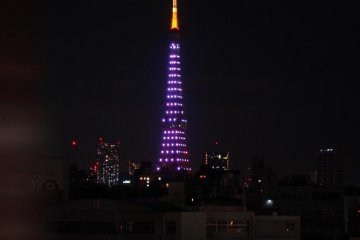